Best 10 Bitcoin Movies and Cryptocurrency Documentaries to Watch in 2019

Denys Serhiichuk
??Check out this compilation of the 10 best movies about Bitcoin and cryptocurrency so you can find the one you would like most? 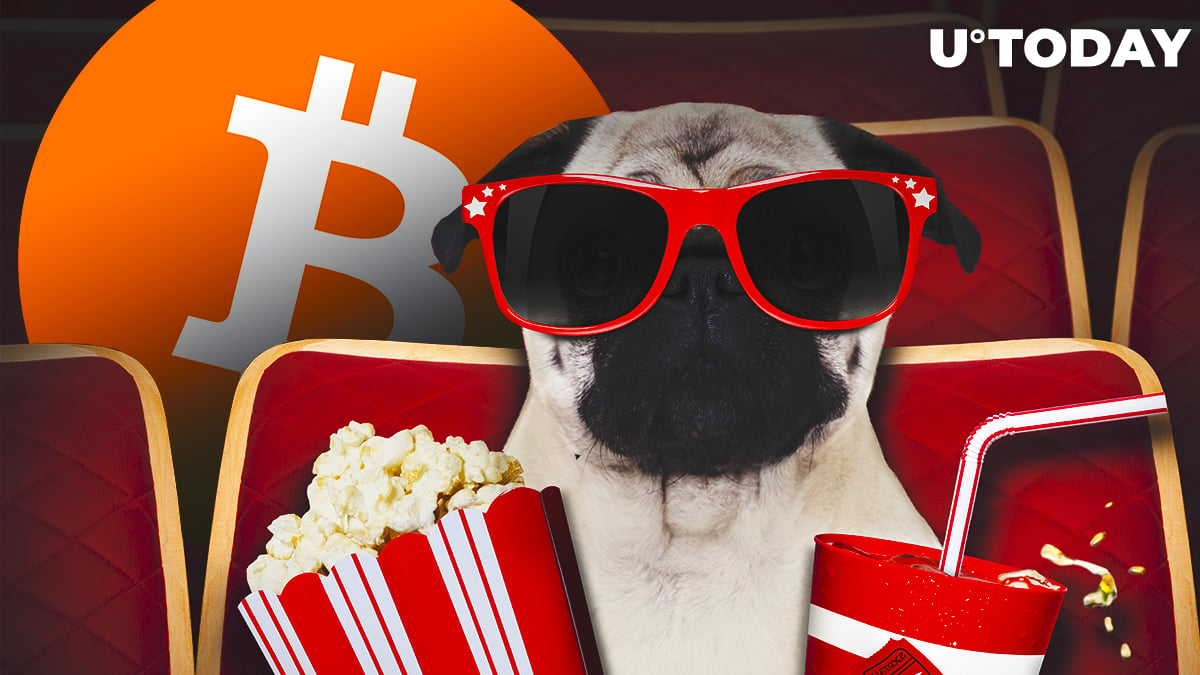 With the beginning of cryptocurrency hype, documentary filmmakers are also interested in the blockchain and the opportunities it provides.

However, few people know that there are documentaries that shed a realistic light on “digital gold” and describe their positive and negative sides without embellishment. We picked the top 10 films that describe the history of Bitcoin.

This movie will give you the possibility to know better the earliest users of Bitcoin technology. It discusses the features of revolutionary cryptocurrency technology, and its potential and ability to change people's lives. Erik Voorhees, Gavin Andresen, and Charlie Shrem took part in the creation of this documentary.

The film deeply analyzes the successes and falls experienced by the early users of the currency since Bitcoin was released in 2008. Throughout the film, its creators tried to find a so-called harmony between regulation and innovation. The movie reveals various points of view on topics related to Bitcoin, as well as talks about how technology pioneers contributed to the creation of blockchain technology. If you are passionate about innovation and legal regulation, you should definitely watch this film.

It is a Dutch documentary that gives answers to questions about what Bitcoin is, how to pay with it and why it has become so popular. The film is focused on the speeches of crypto-enthusiast Roger Ver, who is called Bitcoin Jesus. He explains in detail how this currency operates. The movie mainly revolves around Ver, who has devoted his life to the promotion of the use of Bitcoin. It also analyzes the mining industry in China. Other prominent Bitcoin-angels, such as Andreas Antonopoulos, also appear in the film.

Furthermore, the film focuses on the performance of Roger Ver in Japan, a country that is supposedly drawn to Bitcoin much more than others. If you would like to master your knowledge of Bitcoin, this film is clearly for you.

This film was prepared specifically to answer lots of issues about Bitcoin that exist in the public space, including what Bitcoin is and what its consequences for society are. The creation and further development of the first form of digital currency is described here. Bitcoin is a currency that is not currently controlled by modern monetary institutions, but by people using it. “Magic Money” analyzes the origin of the currency and its key functions. It also addresses the point of whether this currency is really the solution for the whole society. The movie seriously investigates the mysterious origin of the revolutionary currency and what outcomes it may have for the future of our world.

Unlike other similar films, it does not concern the history of cryptocurrency but rather its practical use. During the film, businessmen from different countries of the world express their opinions about Bitcoin as the main payment instrument.

Bitcoin: The End of Money as We Know it

The film was directed by Torsten Hoffmann and appeared in 2015.

It explains the following features of digital assets:

This film traces the evolution of money from the ancient times to Wall Street’s commercial centers.

It is mentioned how Bitcoin is in many ways different from any other currency created in the history of mankind, and how it could blow up the minds of most people since the currency is decentralized and reliable from the point of view that it does not have official intermediaries and every user has the ability to independently monitor transactions within the network. Bitcoin challenges traditional banking and monetary systems. The producer of the film wanted to stress how much the new currency would violate the usual monetary systems we are all used to.

The Rise and Rise of Bitcoin

Filmed in 2014, it is one of the first documentaries about Bitcoin and other coins. In this film, the author talks about how he has become interested in BTC and how, through participation in the Bitcoin community, he learned about the global influence of this breakthrough technology on our world.

The essence of the picture is an optimistic view of virtual money. Here we consider the history and features of cryptocurrency. Special attention is paid to the personality of Satoshi Nakamoto, who managed to create the unique money that grabbed the attention of the whole world. The film tells about important events in the Bitcoin system, offers a more detailed overview of the virtual currency and its features. During the filming, interviews were given by many famous people, including the Winklevoss brothers, Vitalik Buterin and others. According to many experts, this film received the greatest publicity in the cryptocurrency environment and has many good reviews.

“The Rise and Rise of Bitcoin” is a film that documents the unpredictable journey of Bitcoin. It covers all Bitcoin-related events that have ever led media headlines.

The film was released in 2016. This is a social test about the legal points of Bitcoin as a digital currency. The filmmakers went to Scandinavia, which they showed as an example of how applicable digital currency is in a person’s life. The film is a documentation of a social experiment. The authors of the film examined the question of how people are ready to use cryptocurrencies in everyday life.

The movie captures moments of how cryptocurrency creates freedom from pre-established financial institutions, even for the average citizen of the country. It also demonstrates the benefits that consumers can derive from the use of revolutionary digital currency.

From the name of the film alone, one can already draw conclusions about its features. The documentary movie tells about the life of young spouses who give themselves the task of living for three months using only the cryptocurrency. The main intrigue is that they started the experiment immediately after their wedding.

The film consists of two parts that are related. The first tells about Bitcoin, the problems of using it, its features, and other aspects. In the second part, the young couple films their attempts to live on the cryptocurrency.

“Life on Bitcoin” clearly showed how rarely cryptocurrency is found outside of large cities and how hard it is to convince vendors to accept Bitcoins as payment.

This is a 53-minute documentary film. It conducts a detailed study of Bitcoin from the position of a participant in the global economic system. The film raises the question of whether the technology behind Bitcoin cryptocurrency can upgrade the modern world. In 2014, this tape was awarded in the nomination for “The most creative cinema.”

The plot of this film is developing rapidly. It contains all the secrets associated with the emergence of Bitcoin, and also describes the fundamentals of technology, the political background and the ability of Bitcoin to transform the financial sector. In addition, the directors included the points of view different venture capitalists have on cryptocurrencies.

The film tells the story of how the main cryptocurrency Bitcoin was created. Let Satoshi Nakamoto remain anonymous, but the personalities of the people with whom he made his creation are well known. One of them, Gavin Andresen, talks about his experience of communication with Nakamoto. He explains why the idea of ​​creating Bitcoin is ingenious, and how it fundamentally differs from earlier cryptocurrency projects that remained unfulfilled.

The movie shows the importance of BTC as a means of payment, as well as the uniqueness of the Bitcoin network from a technical point of view. In addition, the film tells the stories of Bitcoin-evangelicals Erik Voorhees and Trace Mayer.