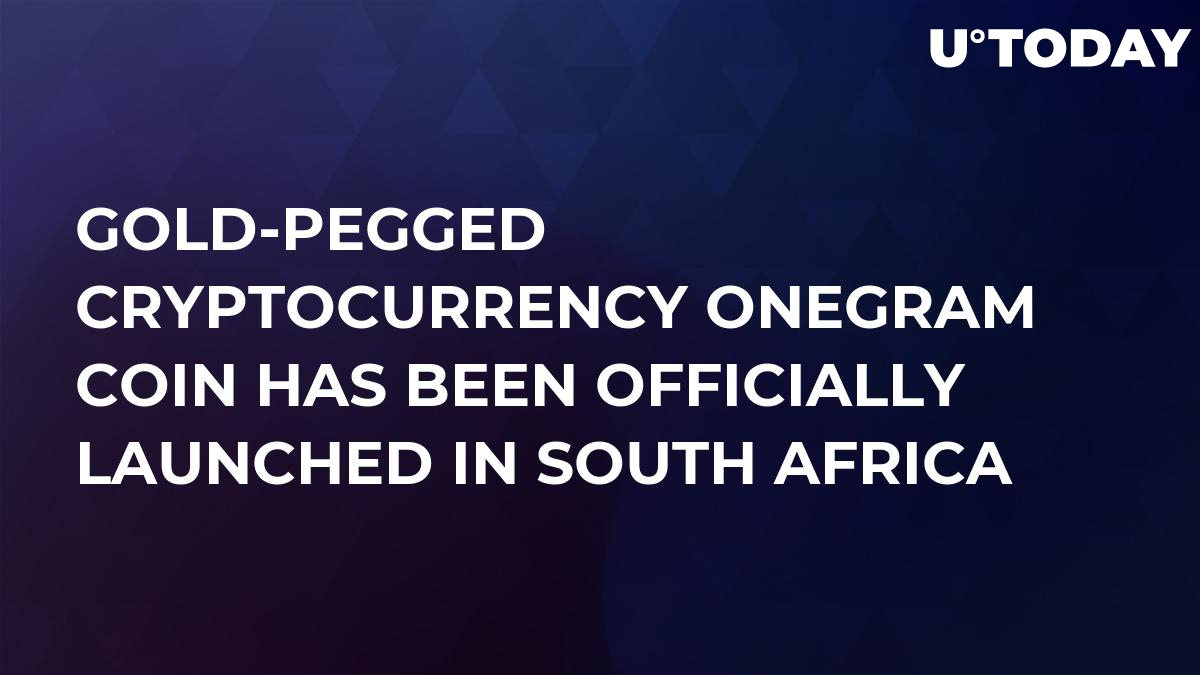 “In Gold We Trust”

The coin was launched in 2017 by a Dubai-based fintech OneGram. Its ICO was one of the biggest in history, raising more than $400 mln.

Each OneGram Coin, as its name suggests, is fully backed by one gram of gold. During the start of the ICO, the developers wanted to capitalize on the fact that gold is significantly more stable compared to fiat currencies. They impose a one percent fee on every transaction in order to support its reserve. Apart from Dubai, OneGram also stores gold in Switzerland and Singapore.

It is worth mentioning that the currency is fully compliant with the Sharia law, so gambling and benefiting from lending money is strictly prohibited. However, the company has already gained significant popularity beyond the Islamic countries– it went into circulation in Germany, Russia and a slew of other markets. All in all, there are more than 100,000 investors from all over the globe. Now, South Africa follows suit.

Recognizing the potential of Africa

OneGram CEO Ibrahim Mohammed claims that their gold-backed currency will witness great adoption in Africa. As U.Today reported earlier, South Africa is poised to be at the forefront of the crypto revolution, so it doesn’t come as a surprise that the Dubai-based company chose this exact market for expanding its influence on the continent.

A new OneGram office will be opened in South Africa with ten team members that will focus on other African markets. According to the aforementioned report, the OneGram Coin is also expected to be launched in Nigeria and Kenya.

Mohammed emphasizes that South Africans have an opportunity to dive into the crypto without dealing with the risks of this highly volatile market. He claims that OneGram is a perfect way to combine the best performing asset of this century with digital innovations.