G20 Considers Cryptocurrencies Assets, Not Currency, According to Leaked Document

David Dinkins
A leaked document purported to be from the G20 states that cryptocurrencies are assets, not currencies, and subject to capital gains taxes. 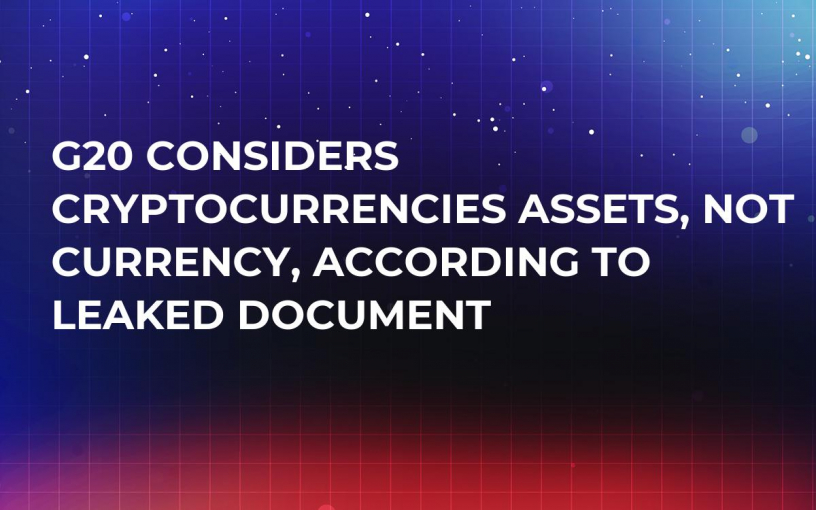 A leaked document indicates the G20 considers cryptocurrencies to be assets, rather than currency, according to Bloomberg. The G20 communique says that digital currencies “lack the traits of sovereign currencies” and should be considered assets instead. As assets, cryptocurrencies would be subjected to capital gains taxes, as they already are in the US. Christina Lagarde, head of the IMF, recently called cryptocurrencies “crypto assets” in an IMF blog post. Despite the assertion that cryptocurrencies aren’t currencies, regulators illogically require them to be treated as money for KYC/AML purposes.