Darryn Pollock
After steadily losing ground the cryptocurrency markets are showing green numbers again as Bitcoin jumped from $6,478 to $6,700 in a matter of hours 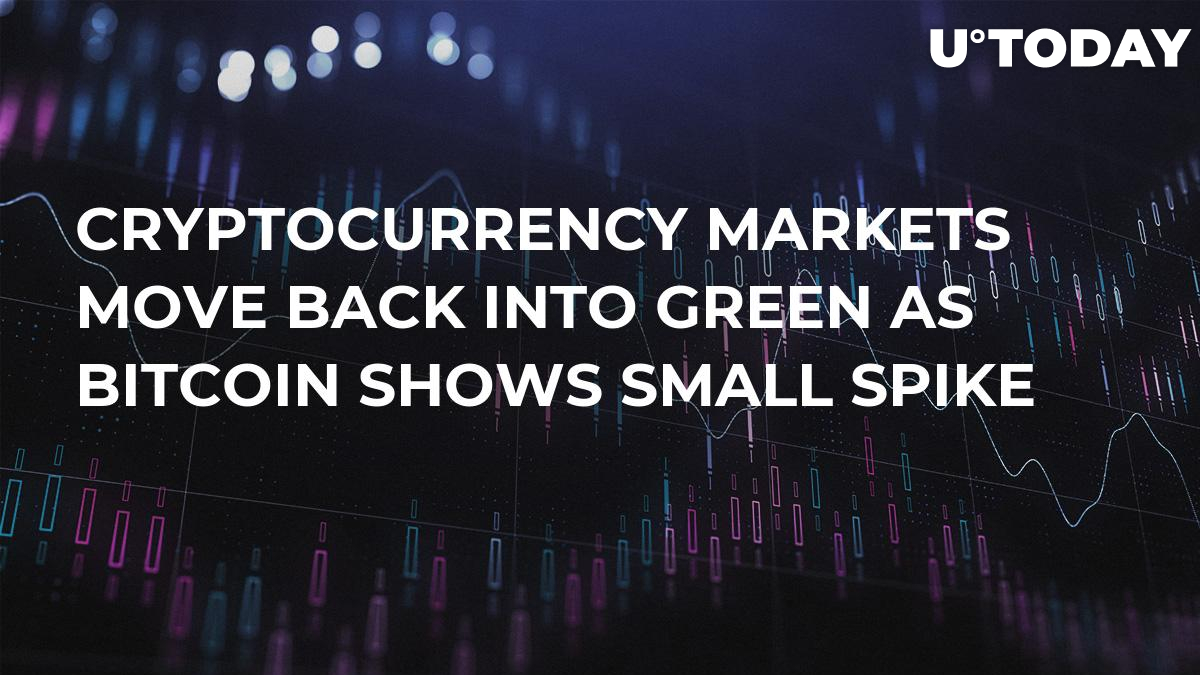 The cryptocurrency markets are continually showing similar movements with undulating drops and gains, still predominantly driven by Bitcoin. The major cryptocurrency managed to put on a small — but rapid — gain after slowly deflating since the beginning of this week.

Bitcoin’s price jumped from below $6,500 to top $6,600 in a matter of hours prompting all of the coins in the top 20 to show gains over the last 24 hours. The flash of green across the market has also seen the entire market cap grow quickly by $5 bln.

Low trade volumes and bigger falls by altcoins permeated the market sentiment yesterday, but as has become quite regular in this bearish market, Bitcoin is maintaining in an area between $6,200 and $6,800.

Small and rapid spike for BTC

The spike in Bitcoin’s price came somewhat unexpectedly for traders and predictors alike. The digital currency had grown to nearly break into a key support of $6,800 but failed to and slowly decline making many believe that further losses were on their way.

However, the coin stopped short of the $6,450 mark before it made its abrupt spike to $6,600. This small increase in price has also done very little to affect the trading volume, which has been noted to correlate when Bitcoin is on a downturn.

“Declining volume, weaker bounces, lower highs. Demand is getting eaten up and it’s just a matter of time until we break support for new yearly lows. There is nothing bullish about this chart,” a trader called “Rampage” predicted before this unexpected upward turn.

Gains all the way through

The effect of Bitcoin’s small gain has helped many of the altcoins which were declining at a much quicker rate earlier in the week. Altcoins were suffering more with a decline in trading volume but the entire top 20 is slightly in the green.

The likes of EOS, Ethereum and Tron are all up about 2.5 percent while NEM is continuing to see good gains this week, up 5.5 percent after a small downturn yesterday.

The biggest winner, however, was Noah Coin, ranked 90th in market cap, which has spiked nearly 20 percent, it is followed by Siacoin which has gained 14 percent over the last 24 hours.

On the other side of things, there are some losses with MOAC, 66th in market cap, losing under five percent, which is not a major deal for the last 24 hours of positivity in the markets.