Darryn Pollock
After settling at the bottom of a dip, EOS is the best performing ‘major’ coin  that has taken over from Verge which did the best in the downturn 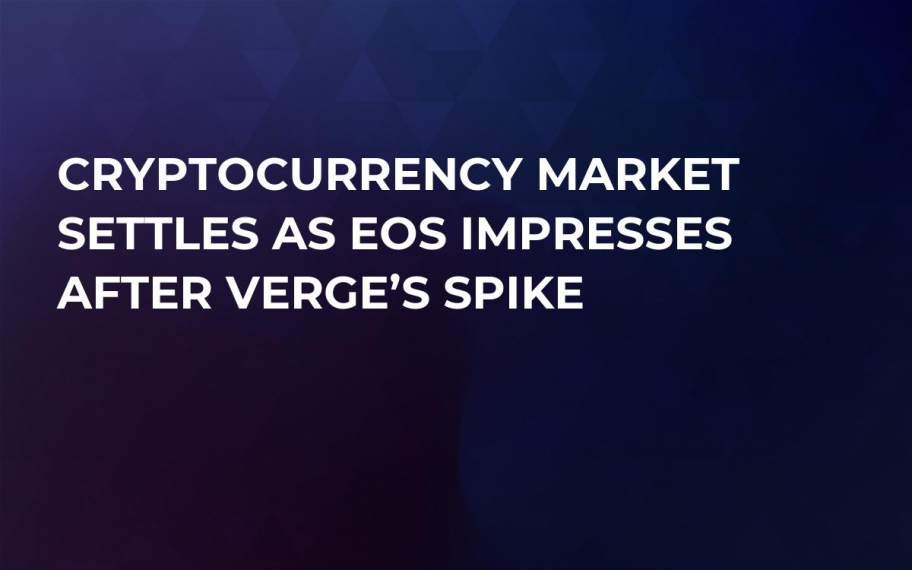 With the market settling somewhat after a plummet almost across the whole board, a number of coins are showing some good numbers. The downturn earlier this week, which saw only five coins in the green, was shunned by Verge which recorded 14 percent growth. However, it is now EOS, as one of the top 10, that is the best performer.

However, there are a number of other coins that sit a little lower down in the market cap stakes that are producing exceptional numbers. Ontology, which survived the market’s plunge into  the red, is now up 50 percent over the last 24 hours.

Verge, with news of a marjory mystery partnership, managed to stay in the green, growing as much as 14 percent in the general downturn through the early part of this week. The privacy-focused cryptocurrency has however taken a dip and is down nearly nine percent in the last 24 hours.

This has seen EOS emerge as a strong coin at a time where many markets are recovering by a few percent. EOS is currently sixth in terms of the market cap, sitting at near on $5 bln. The coin is up over 11 percent over 24 hours, outshining some of the bigger names like Bitcoin up just over a percent, and Ethereum, up slightly over 0.5 of a percent.

With $885 mln in 24-hour trading volume, things are certainly looking up for EOS as of right now. More specifically, this volume is rather impressive, especially when considering how most altcoins don’t even come close to generating a quarter of this volume.

Another coin that is worth keeping an eye on is Ontology, a public multi-chain project and distributed trust collaboration platform. Ontology was only listed on CoinmarketCap on March 8, with its circulation beginning on March 16.

Since then, it has steadily grown and actually experienced growth earlier this week when all other coins were down. It is now up 50 percent over the last 24 hours with the price per coin sitting at $2.59 at time of publishing. Tags: EOS, Verge, Markets, Ontology