Alex Dovbnya
With Bitcoin losing more than 70 percent of its all-time high price, cryptocurrency exchanges remain on the winning side 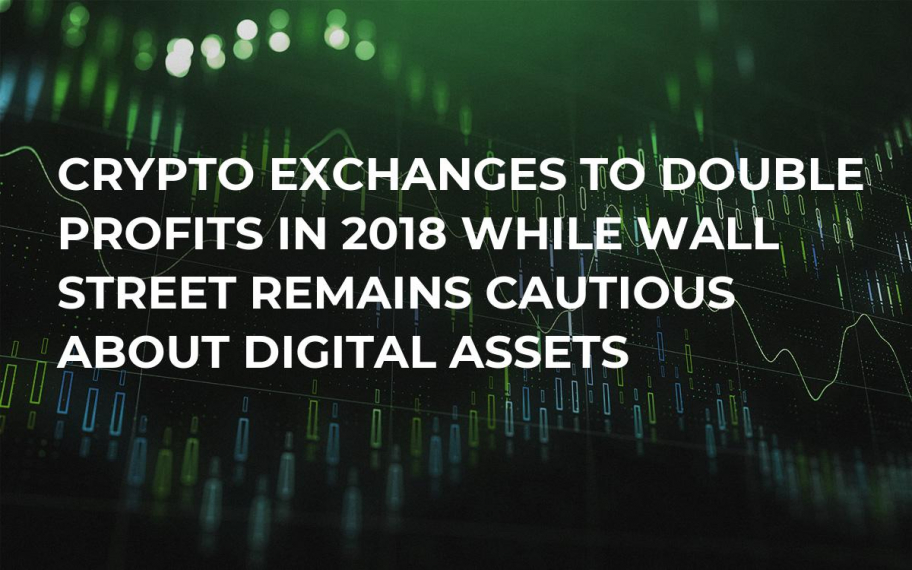 Cryptocurrencies might be caught in the middle of a prolonging bearish trend, but the $200 bln industry is very far from foundering. In fact, the recent Bloomberg report states that crypto exchanges will see a massive spike in their 2018 earnings, almost doubling the previous year’s numbers.

The total profit of all cryptocurrency exchanges is expected to hit $4 bln by the end of this year. There are also still speculations that this figure might be even higher, considering that Binance has already reported that its annual earnings will exceed $1 bln in 2018.

The $4 bln profit is only a modicum of what traditional exchange earn. Nevertheless, the aforementioned report states that it is time for Wall Street to open up for crypto in order to profit off this swiftly growing
asset class.

Top Wall Street firms in the likes of Goldman Sachs become increasingly interested in cryptocurrencies. As CryptoComes reported earlier, one of the leading banking institutions in the US is planning to launch its own crypto-oriented custodial service. Apart from these baby steps, the industry is, unfortunately, still not fully embracing crypto. The JPMorgan exec has recently made headlines because of his criticism of cryptocurrencies, claiming that they are just a ‘scam.’

While digital assets become increasingly popular with investors, it creates a great opportunity for Wall Street to jump into this niche and open up for the crypto industry. Otherwise, it may be ‘too little too late, ’ since the US-based crypto behemoth Coinbase is already emerging as a serious competitor. The Armstrong-led company, while having about 50 percent of the revenue poll, is becoming too big even for Wall Street major players.

Still, it is highly unlikely that the Wall Street giants are opening doors for crypto assets any time soon due to their semi-legal status in the US. The upcoming regulatory actions, which have been already discussed in Congress, are expected to change the current unfavorable situation.