Yuri Molchan
After the Japanese Zaif exchange reported its hack of around $59 mln in crypto, BTC went to the turbulence zone. Some of the stolen funds belonged to the exchange 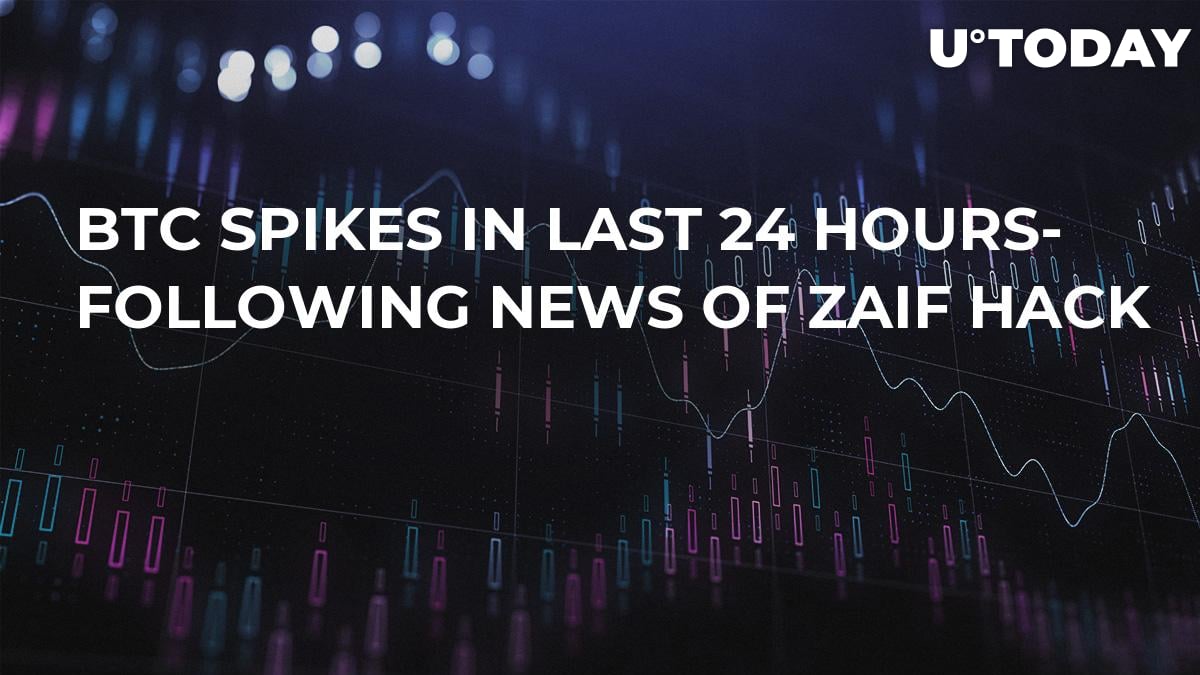 After the Japanese Zaif exchange had reported its hack and loss of around $59 mln in crypto, Bitcoin went into the turbulence zone.

As a reminder, hot wallets of Zaif users were hacked and were stolen Bitcoins, Bitcoin Cash and MonoCoin. Some of the stolen funds belonged to the exchange itself.

Over the last 24 hours, Bitcoin soared to the critical level of $6,554. However, it later showed a slight correction. The biggest market cap coin is now trading at $6,400. The current Bitcoin rate can be checked here.