Denys Serhiichuk
Have the major coins accumulated enough power to sustain the growth? 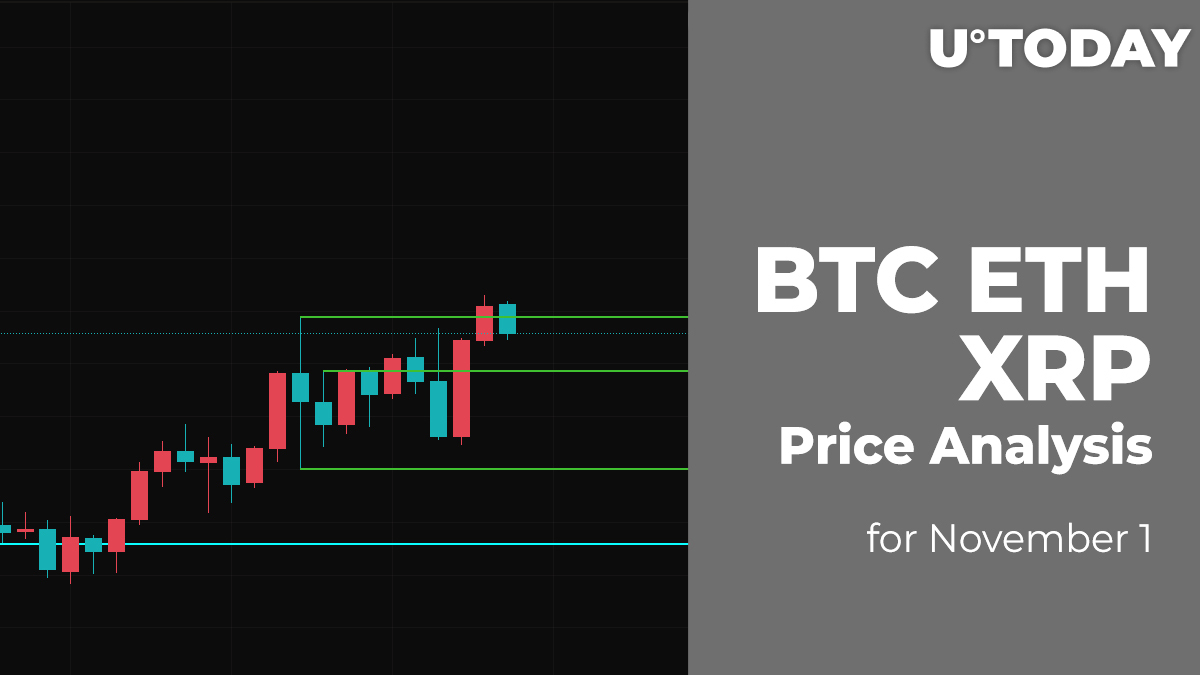 The new week has started with the ongoing bullish trend in the cryptocurrency market, with all of the top 10 coins being in the green zone.

Over the weekend, the Bitcoin (BTC) price continued to decline towards the support level of $60,000. On Sunday afternoon, the pair tested this psychological level, and it slightly recovered by the end of the day.

However, this morning the bears are once again testing the strength of the support of $60,000. If during the day they can break below this level, the BTC price might test the $58,000 level.

Otherwise, if the line holds, then the price may start slowly recovering to the 100% Fibonacci retracement level ($64,895).

Last weekend, the bulls could not continue the race, and until the end of October, the Ethereum (ETH) price did not have time to update the maximum at $4,500.

On Sunday, sellers pierced the support of $4,200, but the four-hour EMA55 halted the pair's decline. If the Ethereum price breaks the EMA55 moving average, then a pullback to the psychological level of $4,000 is possible.

If the level of average prices keeps the pair from further decline, then the ETH price will be able to recover to the zone of the absolute maximum.

On Sunday morning, XRP price pierced resistance around $1.12 and marked a daily high at $1.15. However, the pair could not hold above the resistance level and returned to the area of average prices by the end of the day.

If sellers break through the four-hour EMA55, then the XRP price may retrace to the psychological level of $1.