Denys Serhiichuk
Can DOGE and SHIB outperform other coins? 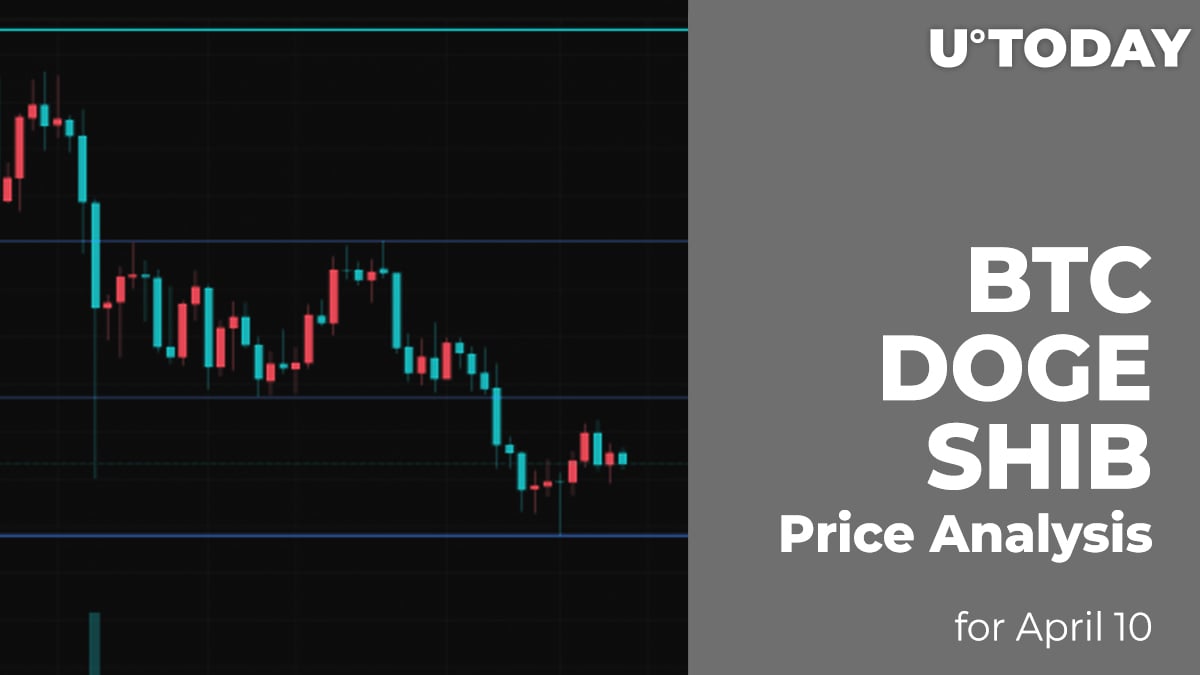 Bears have turned out to be more powerful than bulls on the last day of the week as most of the coins are in the red zone.

Bitcoin (BTC) is among those coins who keep trading in the green zone. However, despite the slight growth since yesterday, it has fallen by 8.31% over the last week.

Bitcoin (BTC) could not fix above the $44,000 mark, which means that buyers might need more time to accumulate energy for further growth. Such a statement is also confirmed by the declining selling trading volume. In this case, the bullish scenario remains relevant if bulls can hold the vital $40,000 mark. In another case, a drop is possible to the support level at $32,871.

DOGE is the biggest gainer from today's list as the price of the meme coin has gone up by 3.62%.

DOGE has made a false breakout of the recently formed resistance level at $0.1731. The price has also gone below another level at $0.1537, which means that one should not expect fast growth from the coin. In this case, the more likely scenario is sideways trading in the range of $0.14-$0.16 by the end of the month.

SHIB has followed the rise of DOGE, rising by 2% over the past 24 hours.

Despite today's growth, SHIB is neither bullish nor bearish in the mid-term secnario as the rate is located in the middle of a wide channel, between the support at $0.00001695 and the resistance at $0.00003523. The current weekly candle is about to close red, which means that bears control the situation at the moment.