BTC, ADA, SOL and DOT Price Analysis for May 21

Denys Serhiichuk
Has the time arrived for a bounceback? 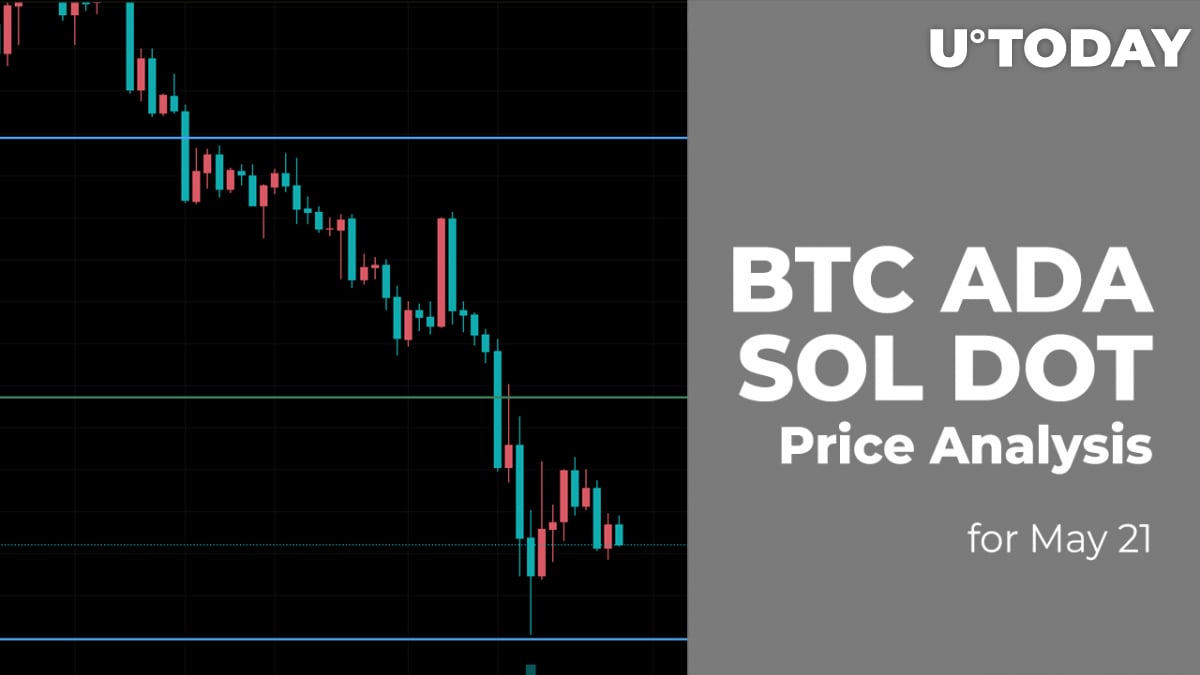 The weekend has begun with the fall of the market as none of the top 10 coins could remain in the green zone.

Bitcoin (BTC) has continued its fall after it could not hold the $30,000 mark.

At the moment, the volatility has fallen, which means that there is less chance to see any sharp moves on the weekend. However, if the rate goes below $29,000, the main crypto might test the zone around $28,000 next week.

Cardano (ADA) is trading similarly to BTC as the altcoin keeps trading sideways against the low volume. But if buyers can seize the initiative and return the rate above the $0.55 mark, short-term growth may lead to the test of $0.55 within the next few days.

On the daily chart, Solana (SOL) has lost the important $50 mark, which means that sellers are more powerful than buyers at the moment. If the fall continues, one can expect the test of $44 shortly. Such a scenario is relevant until the end of the month.

Polkadot (DOT) is following the drop of other coins, losing 3.32% over the last 24 hours.

Polkadot (DOT) has also lost its important level of $10. At the moment, the rate is located close to the support at $8.06, confirming ongoing sellers' pressure. If the daily candle closes at the current levels, the price of the altcoin has all the chances of dropping to $9.