Denys Serhiichuk
Are most of the #cryptocurrencies ready to keep the long-term growth? 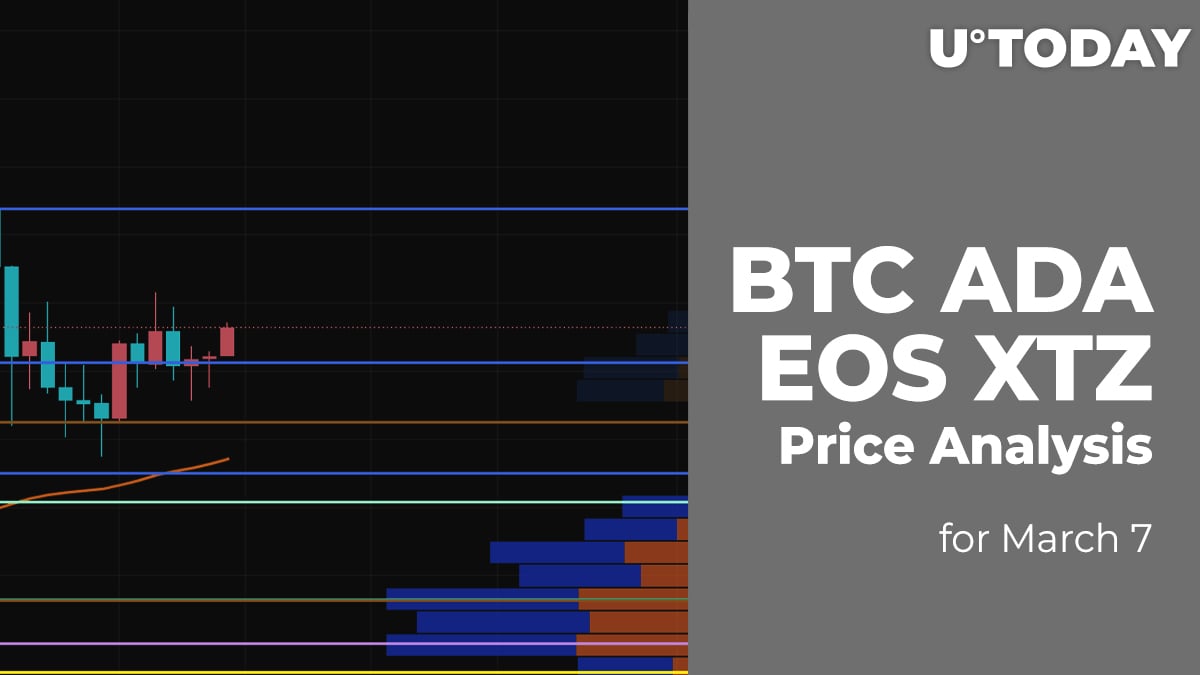 Most of the coins have continued their bull run; however, there are also some exceptions to the rule. Cardano (ADA), Binance Coin (BNB) and XRP are under a bearish influence.

Bitcoin (BTC) is the top gainer today as the rate of the leading crypto has gone up by almost 4%.

Despite the growth, the rise may not have ended yet as Bitcoin (BTC) has gotten out of the consolidation zone.

In this case, the nearest target is located around the level of $54,000.

Cardano (ADA) is the complete opposite of Bitcoin (BTC) as its price has dropped by 0.76% since yesterday.

Analyzing the long-term perspective, the rise to the vital level of $1.33 remains the most likely scenario as bulls have confirmed above the $1.12 mark. Thus, the selling trading volume is low, which means that bears are running out of power to keep pushing the price of the altcoin lower.

EOS is the second-most growing coin today. Its price has risen by 1.29% over the past 24 hours.

EOS is also looking bullish both in the short- and long-term scenario. The first zone at which bears might show resistance is the level of $4.10. However, the coin has gathered enough efforts for its breakout and a move to $4.71.

The rate of Tezos (XTZ) is unchanged since yesterday. However, it has risen over the last week by 16%.

Tezos (XTZ) is not an exception to the rule as bulls are about to retest the resistance of $4.29 soon. The bearish scenario will become relevant only if sellers break the support at $3.58 and fix below it.