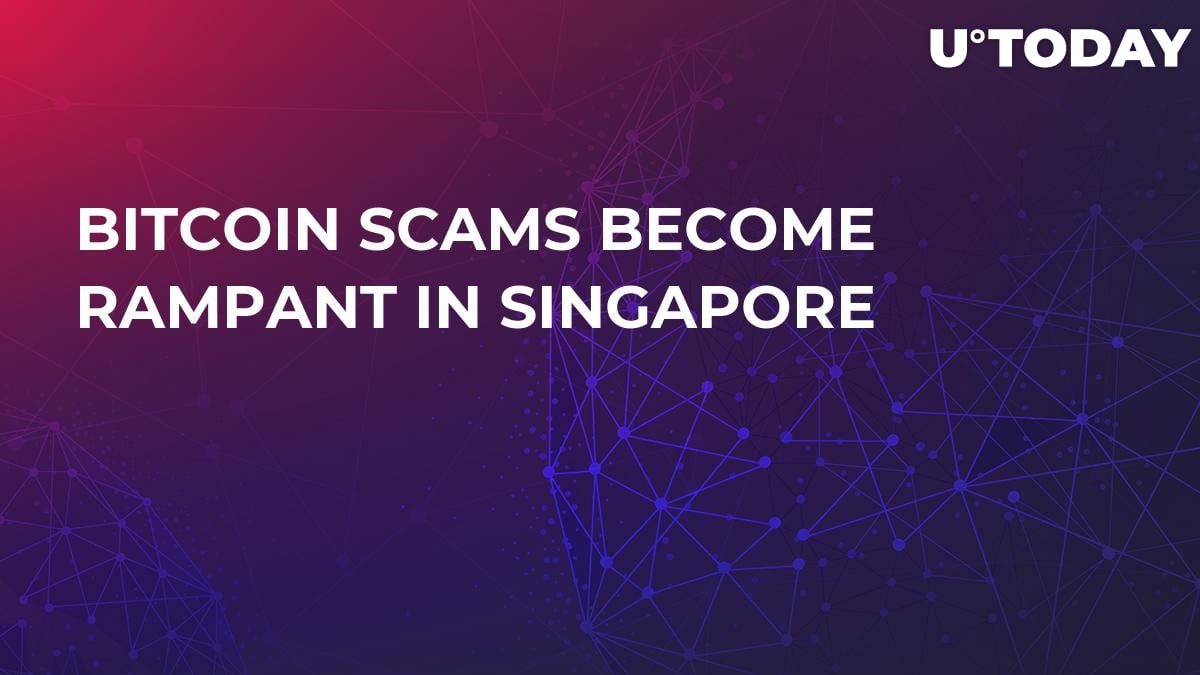 Annoying Bitcoin investment apps keep popping up on your Facebook feed? You are not alone — The Straits Times has recently revealed that a sizeable amount of money was stolen because of fake crypto ads that keep plaguing gullible investors.

The Singaporean police reported a surge in crypto scammers who stole more than $78,00 in the period from September till November. Fake ads are being posted all around social media, and, to seem even more convincing, they even use the names and photos of well-known people of Singapore who allegedly endorse a certain crypto-oriented startup.

As U.Today reported earlier, MAS chairman Tharman Shanmugaratnam was one the victims (ironically, they made him seem like a huge crypto proponent while the reality is completely opposite). It is worth mentioning that the scope of their influence is not limited to Singaporean residents – even the hosts of Good Morning Britain were also featured in such ads.

The main reason behind the surge in Bitcoin investment scams is the desire of people to get rich as quickly as possible, drawing inspiration from ‘Lambo guys’ who made fortunes in a snap because of the volatile nature of Bitcoin. Subsequently, investors are lured into outright scams in the likes of Bitcoin Profit.

The modus operandi is very straightforward: these fake ads entice potential victims with unrealistic investment gains, and the aforementioned celebrity endorsements help the cause. The victim provides all the necessary details, and one of the representatives makes a call in order to talk this individual into pouring money into their scam.

Can they be stopped?

The MAS warns that there are no regulations for such kind of investments. Moreover, Singapore doesn’t even have a legal framework for cryptocurrency trading. However, the fact that many of such entities are run by non-Singaporean residents makes it difficult to prove their authenticity and track down those who stand behind them.