Bitcoin Price Reaches Its Highest Level in 2019: Bloomberg. Is This a Real Comeback? 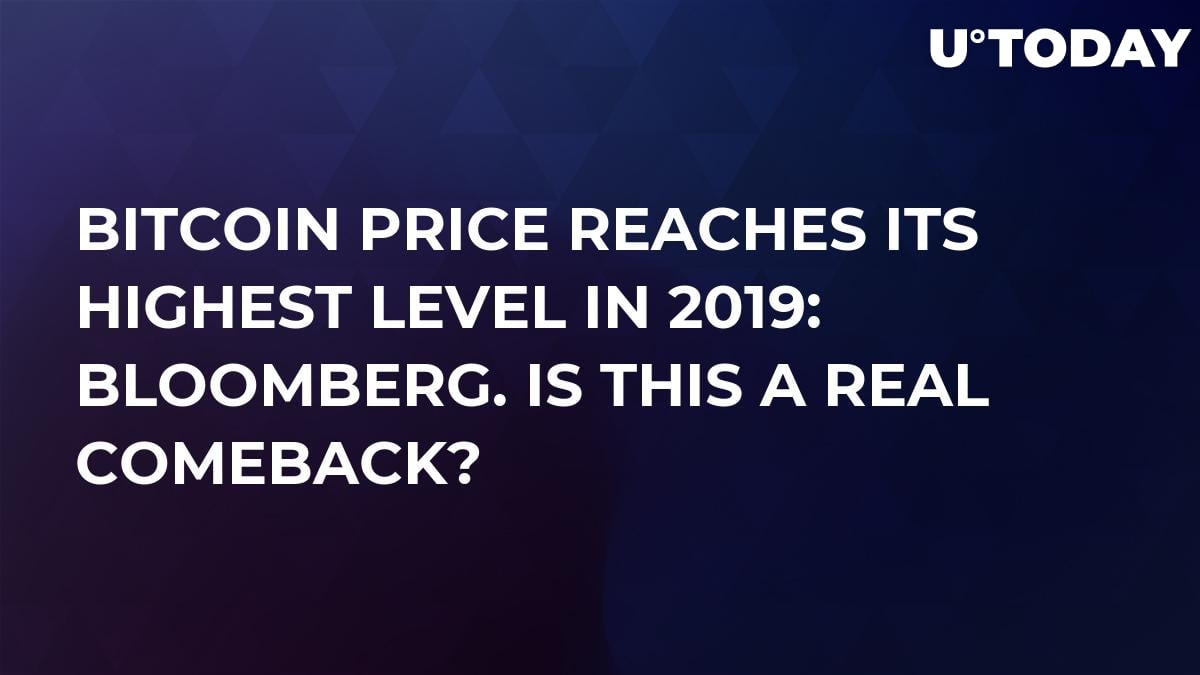 Bitcoin (BTC), the world’s biggest cryptocurrency, has reached its yearly high of $4,135.60 on Monday, Apr. 1, Bloomberg reports. Currently, BTC is well-positioned for a real comeback in 2019 as its price continues its slow but steady rise.

Related
Price Prediction for Bitcoin (BTC): $4,140 Is the Next Target. Buckle Your Seatbelts – We’re Off!

The top cryptocurrency has surpassed the $4,100 mark for the first time since December. Bitcoin plunged almost 20 percent on Christmas Eve with other altcoins also appearing in the middle of the bloodbath. Since then, BTC hasn’t managed to touch $4,200, but it is gradually inching closer to surpass this psychologically important level.

Low volatility is the key

The growth in price coincided with an incredibly low level of volatility that hasn’t been seen since 2016. This is very significant given that low-volatility periods in the cryptocurrency market have always preceded bull runs. During the 2014-2015 bear market (when Bitcoin tanked from $1,000 to $200), volatility also remained at bay.

Volatility remains one of the major talking points of Bitcoin critics, so it is crucial for the top crypto assets to become more stable in order to reach mainstream adoption.