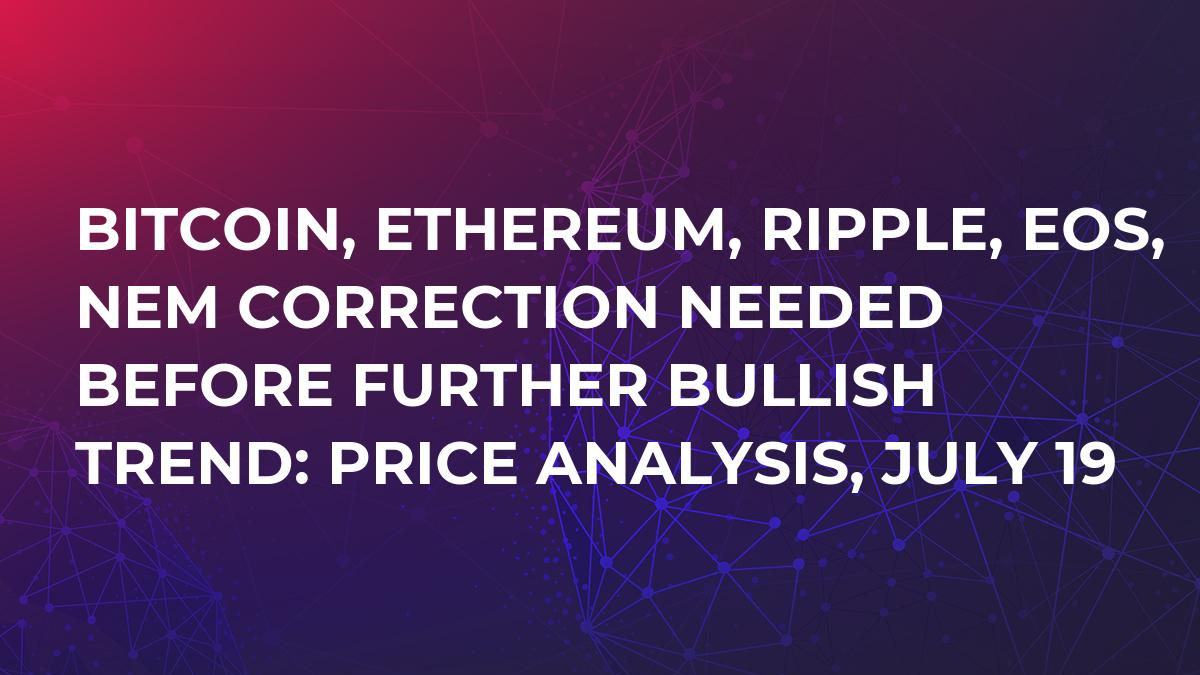 Hello, everybody! This is Andrew Strogoff and welcome to the trip to the world of cryptos and analysis. Today’s review is a weekly one and we are going to look through the daily charts and midterm tendencies.

The current situation on the cryptomarket is bullish I think as investors cling to Bitcoin and altcoins adding to their price and capitalization. Bitcoin and its rivals have started to grow last week and they look promising.

I would like to suggest a couple of news to you as I think they are interesting. The crypto market spreads its influence as more companies pay attention to Blockchain technology. Mastercard, for example, wins patent to conduct crypto transactions on bank cards.

Billionaire investor Marc Lasry sees big perspectives in Bitcoin and predicts that the price of the cryptocurrency is able to reach $40,000 in the nearest future.

Bitcoin looks pretty good on the hourly chart. BTC price, as you may see is above the descending trend line and I am almost sure that BTC/USD is likely to develop its growth. Bulls look very strong. Bitcoin has started to grow last week but it is time for the currency to start a correction. 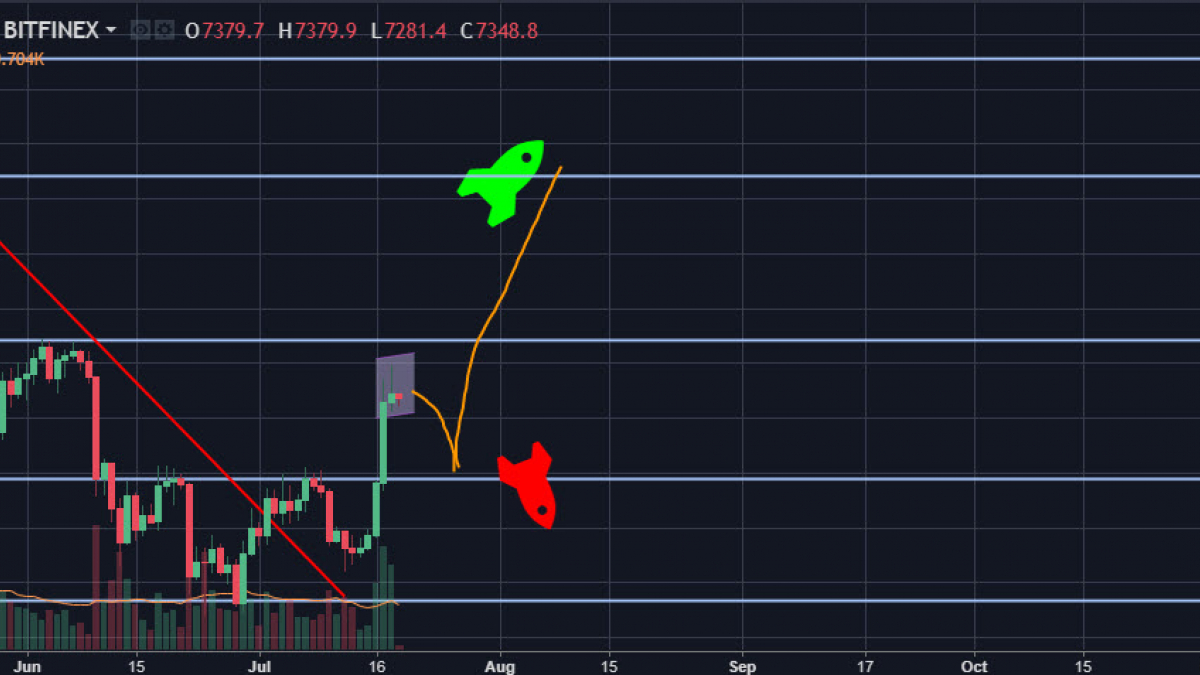 As far as you can see, the currency pair has broken $6,757 resistance area and is trading above $7,000 at the moment of writing. I think that this upside tendency is likely to develop in the nearest future, but I also suppose that further growth is impossible without a downside correction.

My main scenario looks the following. Bitcoin will decline towards the support area at $6,757 first. This is my target for the next week. Why do I have such an idea? If you pay attention to the marked area, you can see a clear Shooting Star candlestick pattern. What does it mean? It is a price action signal for a decline.

I also think that this temporary downside tendency will be broken at $6,757 as this is a strong level, which was tested from below several time before being broken. The next target is higher, but this is a matter of a couple of weeks I think.

ETH/USD started its upside tendency last week and I think the currency pair is going to develop it in the midterm. However, I also think that the fuel is needed for that as buyers are out of power currently. The currency pair looks very promising currently but ETH/USD is likely to go downwards first. 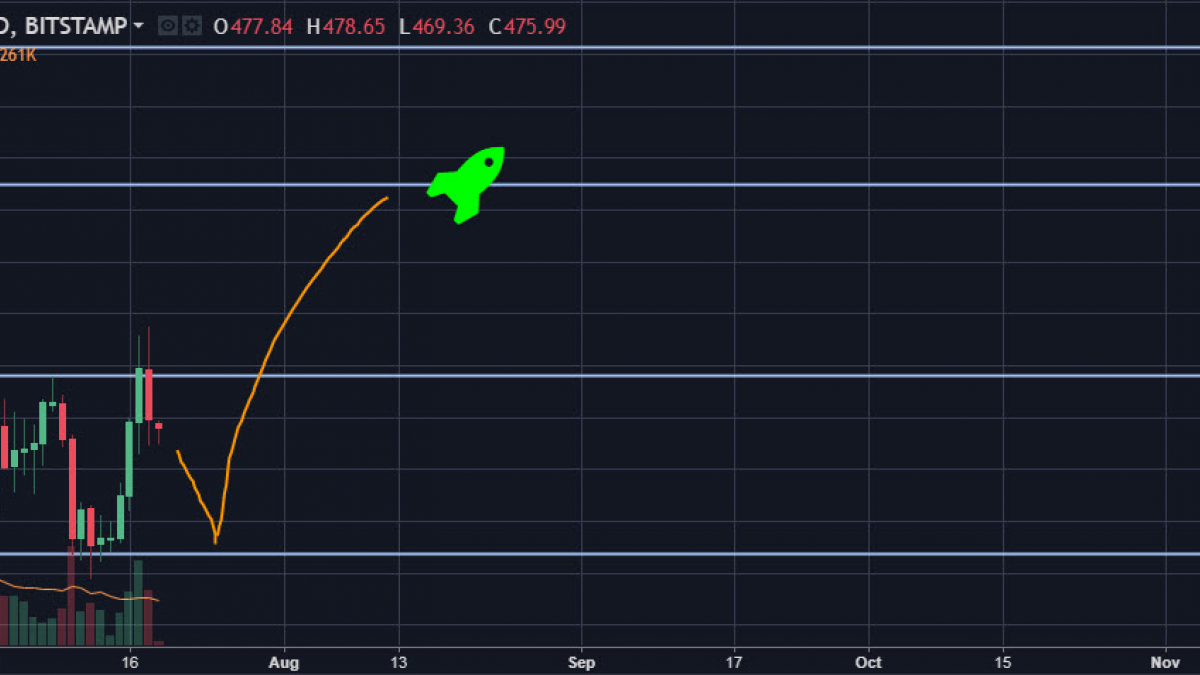 Ethereum has reached new local highs on the daily chart and failed to establish new lows. I see a good sign here as investors seem to be ready to change the situation. ETH/USD touched the resistance area at $495.89 on Tuesday but then retreated below it.

I think that this is logical and natural according to the technical analysis. The first target for the next week is the support area at $427.24. This support is strong as it resisted a couple of bearish attacks already. The next target for midterm lies above the current price at $569.72.

Ripple, one of my favorite ones feels good as the currency pair started its growth last week and developed this upside tendency currently. Ripple looks very promising as other altcoins. However, this rocket needs fuel. 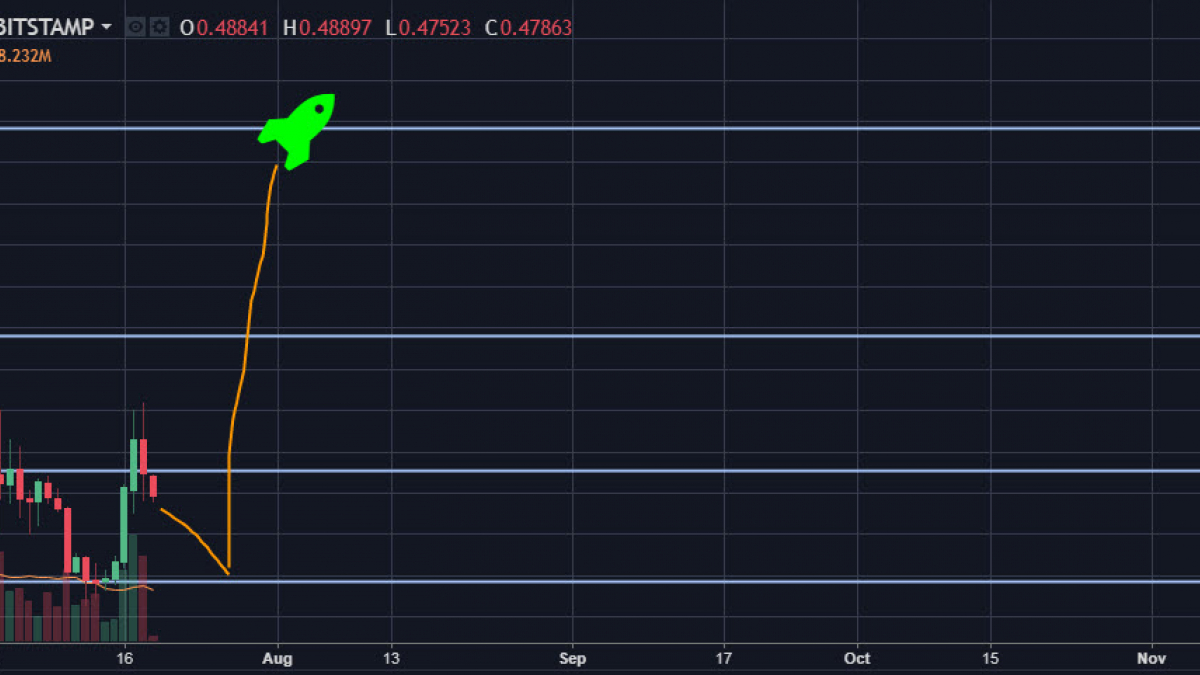 Let’s pay attention to the daily chart. What do you see there? I see a clear correction on the way. This is why I have drawn this orange line towards the support area at $0.4372. The currency pair has tested the resistance area at $0.4908 but failed to move higher. This indicates on the inability of bulls to develop the uptrend without the downside correction.

What is going to happen next? I see the following situation. XRP/USD is going to jump off the support area at $0.4372 and resume its uptrend. The rocket is likely to break through the resistance area at $0.4908 and fly higher to the sky.

EOS (EOS/USD) the good and the bad news for the bulls, price analysis, July 19

Ripple started to grow the last week and develops this tendency currently. I personally think that the currency pair is likely to develop this tendency in the nearest future. 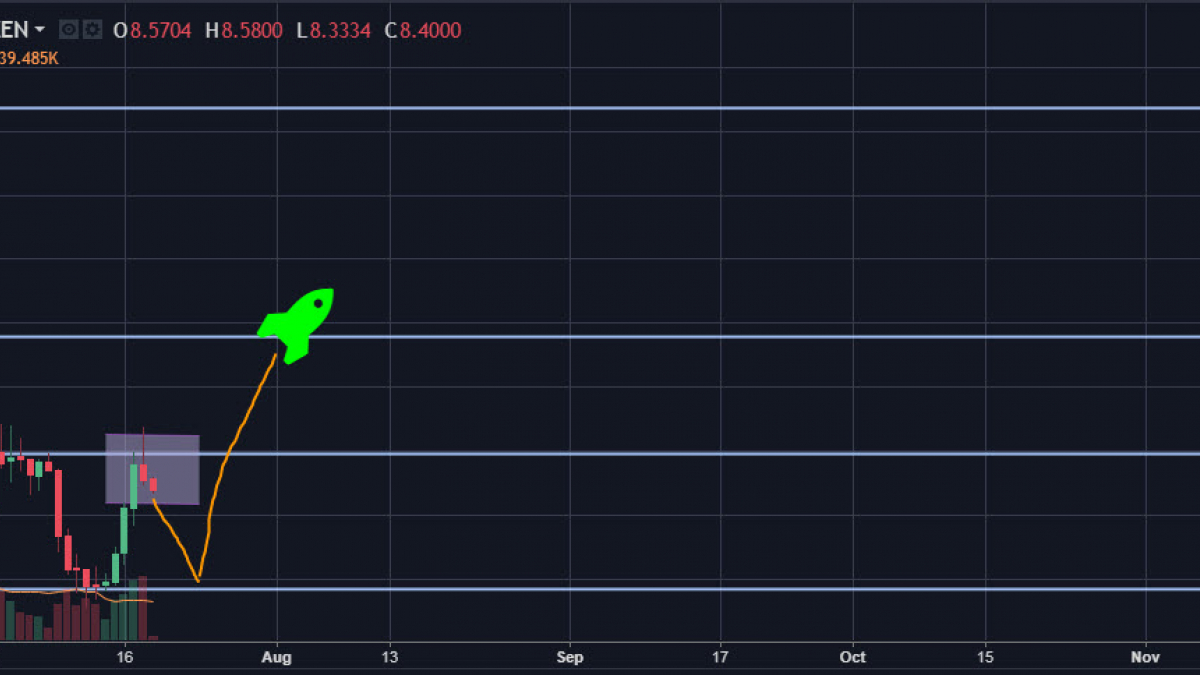 EOS has reached the resistance area at $8.95 on Tuesday but failed to jump over it. I can see the clear signal on the daily chart, which indicates that the currency pair is likely to make another downside move before going further upside.

Why do I think that EOS/USD is likely to decline before growing higher? I have marked the Shooting Star there. I think that another test of the support area at $6.84 is possible before going higher. However, the situation may change and EOS price will start off from the current level or slightly below it.

NEM added some percents in the past week and the currency pair looks very promising currently. I think that it may skyrocket in the nearest future but still needs some gas to start off. 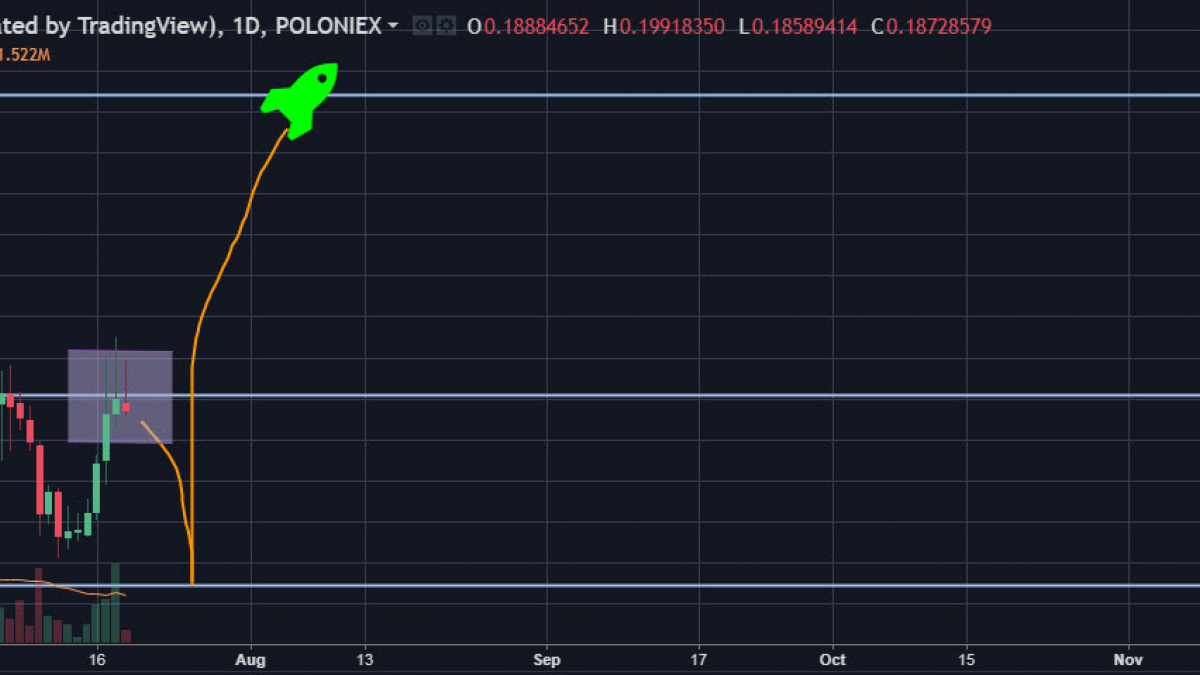 NEM has reached the resistance area at $0.1909 but retreated from there as bulls were unable to break bears’ defensive lines. I see the Shooting Star candlestick pattern, which makes me think of a downside correction before NEM price will go higher. As for the targets, the first one is at $0.1446 I think, but the general for the midterm is at $0.2640.