Andrew Strogoff
Bitcoin shows no mercy for buyers and hodlers. Other cryptos follow the same scenario 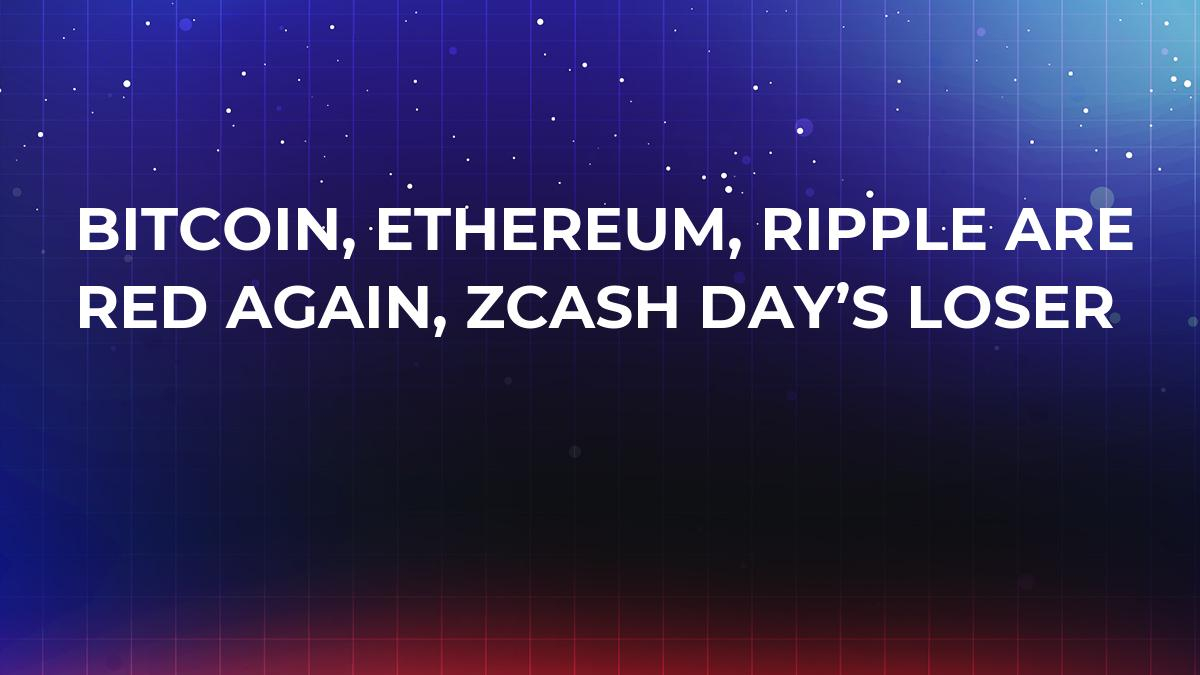 Nearly six percent down! This is the result of Bitcoin’s fluctuations in the past 24 hours. Ethereum’s losses were even bigger as Buterin’s brainchild declined by nearly nine percent. What is going on with the crypto market and why both traders and investors are unable to change the situation currently?

We think that there are three main reasons for that. The first one is a generally negative mood as cryptocurrencies resemble a snowball now, rolling down a mountain. It becomes bigger and bigger and market players seem to be frustrated as they see no starting point to support coins.

The second reason is as easy as ABC. The South Korean government wants to “get its hands” on traders’ pockets as they want to receive information about those who conduct transactions. The fight between exchanges and the South Korean government is still on and nobody knows who is going to be a winner. Anyway, we don’t think that regulators will retreat. This fact provokes fears among market players and gives bears support.

Finally, the next thing we want your attention to be attracted to is the Consensus 2018 Conference, which results were disappointing. If we take a look at historical data, Consensus helped Bitcoin to add nearly 70 percent during the conference and additional 138 percent two months after the event last year. However, this year the situation was different as Bitcoin went down during the event and seemed to develop this negative tendency several days after the doors of Consensus 2018 were shut down.

BTC/USD Lost Over Six Percent! What's next? by CryptoComes on TradingView.com

The currency pair still develops its negative midterm tendency as BTC price is below the red descending trend line. Bulls seem to be smashed down. Buyers attempted to start a correction yesterday, but it was limited by $7,739 resistance area. BTC/USD has crossed 1.618 retracement level later and established local lows. Total losses in the past 24 hours are 6.04 percent.

Let’s take a closer look at what is happening down there. Bitcoin has reached resistance area at $7,739 on Wednesday, but buyers failed to develop this upside correction as BTC price jumped off this area and resumed its downside tendency.

1.    Bullish correction. BTC/USD will run towards the closest resistance area at $7,475 to test it. If successful, buyers will have an opportunity to develop Bitcoin’s correction targeting 1.618 retracement level.

2.    Bearish scenario. Bitcoin will reach $7,475 and reverse there or will start to decline from current levels towards new local lows.

ETH/USD's Head in Sand! Any Chance to Recover??? by CryptoComes on TradingView.com

The currency pair started a correction on Wednesday and almost reached the closest resistance area at $615.51. However, buyers were unable to drive ETH/USD higher as bears regained control over the market. Sellers pushed Ethereum lower towards 2.618 retracement level and managed to jump over it as ETH/USD fluctuates below this line in the moment of writing.
The possible scenarios for ETH/USD are the following:
1. Bearish scenario. ETH price seems to end testing 2.618 retracement level from below and is able to resume its downside tendency in the nearest future. Targets are below the long spike that we had several hours ago.
2. Bullish scenario seems to be unreal at the moment as the market is still under pressure. However, we could give around 10 to 20 percent that ETH/USD would be able to start growing from the current levels.

XRP/USD, Lucky Guy, Will It Hold Bearish Attack? by CryptoComes on TradingView.com

ADA/USD Over Seven Percent of Losses! What's Next??? by CryptoComes on TradingView.com

The currency pair has lost nearly seven percent on Thursday and this is one of the worst results from top 20. ADA/USD is below the red midterm descending trend line meaning bears still have the control over the market. Midterm moods are still bearish.

ZEC/USD Is Day's Loser. What's Next??? by CryptoComes on TradingView.com

The currency pair follows the others allies as it is in the downtrend now below the red midterm descending trend line. Zcash loses over ten 10 percent in the past 24 hours meaning this is the biggest loser of Thursday. Midterm moods remain bearish.

The currency pair is neutral in the short-term as it stays between two areas- $274.81 (support) and $294.58 (resistance). Zcash has tested the support area on Wednesday and sellers were unable to develop a downside tendency. ZEC price is close to the $294.58 resistance area in the moment of writing. What are the possible scenarios for ZEC/USD?

1.    Bullish correction scenario. The currency pair will test the resistance area at $294.58 and if successful, bulls will be able to drive ZEC/USD even higher targeting the red descending trend line on the Hourly chart. The correction will be deeper in this case.

2.    Bearish scenario. Zcash will jump off the resistance area at $294.58 targeting the closest support area at $274.81 to test. If successful, seller will be able to break this horizontal channel and to push ZEC/USD even lover.

3.    Neutral scenario. The currency pair will stay within this horizontal channel.