Vladislav Sopov
While Bitcoin (BTC) is floating around $8000, it's very interesting to trace the behavior of whales. One of them decided to dump, but some issues remain unresolved. 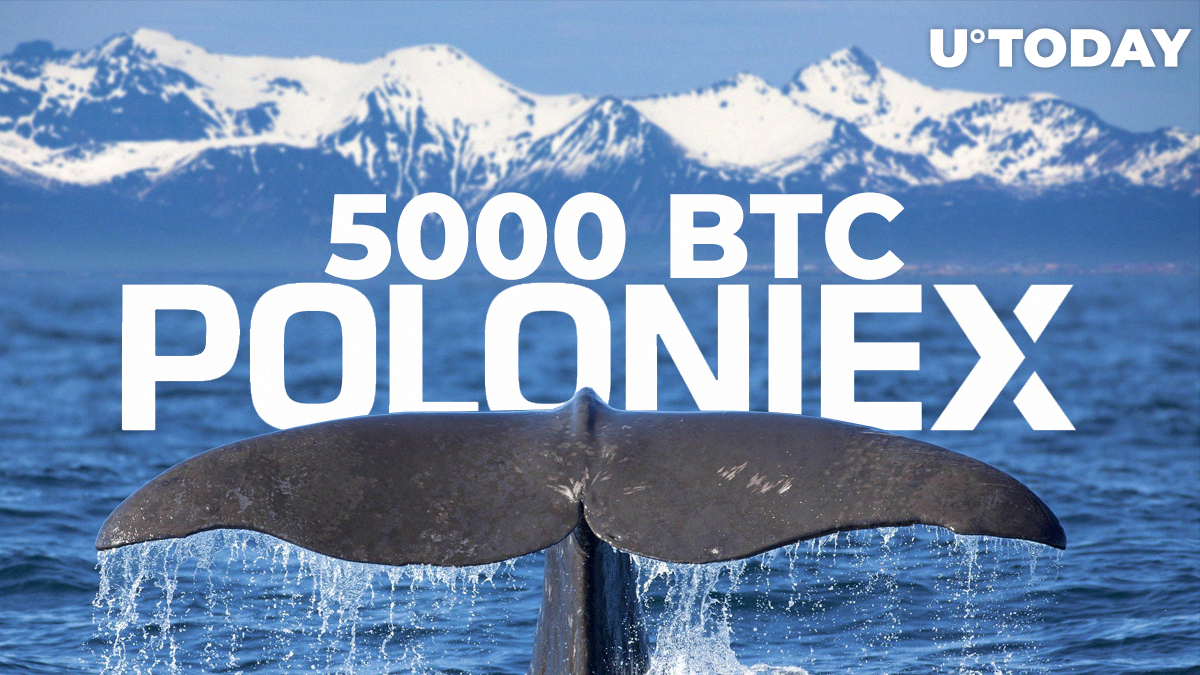 Since 2017, the behaviour of crypto whales (the richest wallets of the whole blockchain) has been analyzed as an indicator of a possible bearish or bullish reversal. The Token Analyst research team has used utilized automated bots for such monitoring.

Yesterday, a whale moved $39 million to the Poloniex crypto exchange. The unknown Bitcoin (BTC) wallet transferred an enormous sum of almost 5000 BTC to the exchange-based wallet.

Our bot picked up a massive $39M $BTC inflow into Poloniex from an unknown address. @Poloniex

For context, inflows of this size are rare, and the avg. daily $BTC inflow into Polo is $2M - $3M.

We are monitoring to see if this is Polo shuffling funds. pic.twitter.com/wzXKukYItI

This influx is far from the main Bitcoin transactions since $1B was transferred from Huobi five month ago. The most interesting in this fact is that this inflow is two orders of magnitude higher than the average daily inflow for Poloniex. That's why the analysts reported this transaction as suspicious.

Every Day They Are Shuffling

Token Analyst suggested that this move is a sign of some internal rearrangement of tokens in the Poloniex funds. Last year it was discovered that such operations are used by numerous exchanges for inflation of their trading volumes.

Launched in January 2014, Poloniex is one of the oldest and most popular crypto exchanges. According to CoinMarketCap, it is ranked #76 by adjusted trading volume with a daily turnover of $77mln.

What is your favourite centralized exchange and why? Tell us in The Comments!