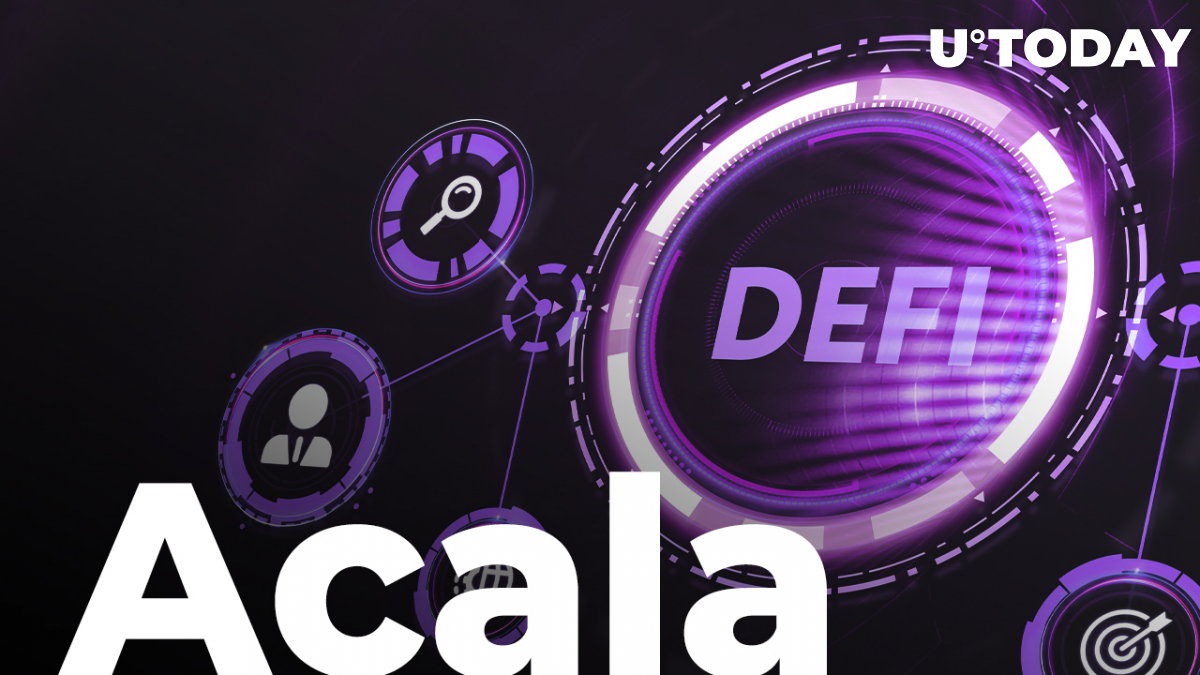 Acala has announced the launch of their Layer 1 chain designed for decentralized solutions that include a decentralized stablecoin solution, DOT staking and a unique type of EVM compatibility that allows interaction with Substrate.

Acala is acting as a DeFi and liquidity hub for the Polkadot network. It is a Layer 1 network with the support of smart contracts technology, which is Ethereum-compatible and optimized for DeFi. Acala has built-in liquidity and ready-made financial applications. With the help of decentralized stablecoin aUSD, DOT Liquid Staking and EVM+, it allows developers to access the best part of the Ethereum and Substrate networks.

Before the launch, Acala already possessed $600 million in TVL at its launch and more than 200,000 holders all over the world. In addition to an impressive TVL, the network was backed by such VCs and companies as Pantera, Polychain, DCG and Arrington.

With token transfers now enabled, @AcalaNetwork has cleared the first benchmark in its vision for a new open financial infrastructure that grants sovereignty, freedom, and access.

Acala is building a new version of decentralized financing by combining traditional banking, the best part of the fintech industry, with currently existing DeFi solutions. Three million customers of Current.com are already waiting to be onboarded into the yield product leveraging Acala.

While Acala is actively working on products previously announced to the community, they are still planning on widening the infrastructure of the project by adding a critical bridging system that will allow scaling with a multi-chain ecosystem beyond Polkadot.

Shortly after the launch of the network, staking will also be added to Acala, which will be one of the first solutions on the way to further development. Teams present in the ecosystem are gearing up for the launch of Acala, including Tapio and Curve 2.0-type products that introduce stable swaps for uniform assets like DOT/LDOT, aUSD/USDT or interBTC/RenBTC.

As the "cherry on top," Acala is going to present a native lending and borrowing solution that currently undergoes stealth development, along with numerous teams that are preparing to launch on Acala EVM+.

3.7 Trillion SHIB Moved to Exchanges This Week as SHIB Game Soars to Top 20 in App Store
Show all
Ads
Ads