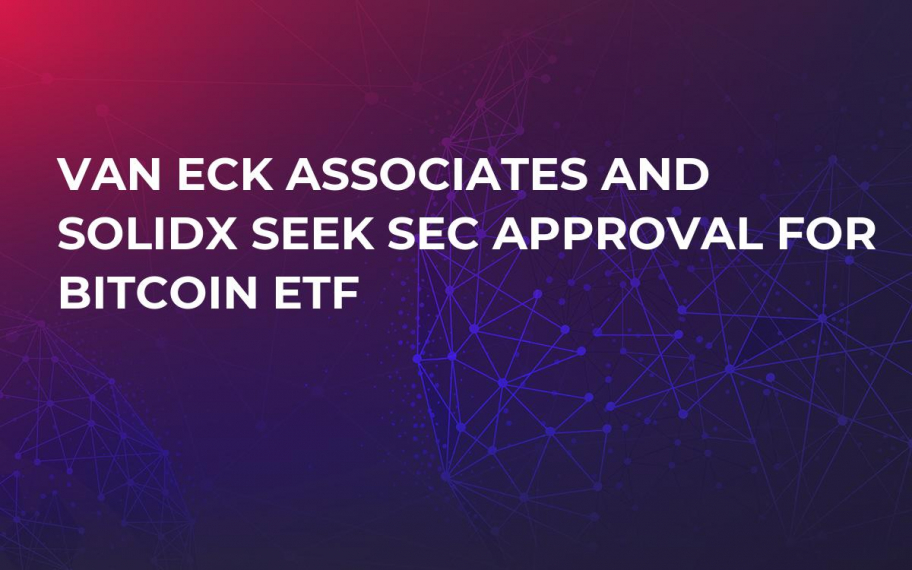 The two companies filed an application on Wednesday with the Securities and Exchange Commission (SEC) for permission to launch a regulated Bitcoin ETF.

The ETF, called VanEck SolidX Bitcoin Trust, is designed for institutional investors with a $200,000 per-share price and will be insured against theft and loss of access to the currency, the companies say.

The fund is based on data from U.S. over-the-counter trading desks rather than online exchanges to alleviate SEC concerns about transparency and price manipulations. But the companies have not revealed which trading desks they will use for price data at this time.

The SEC has taken a firm stance in the matter and has been reticent to approve cryptocurrency ETFs. The regulator has previously rejected the Winklevoss Bitcoin Trust and SolidX’s application submitted in March 2017.
Despite these challenges, Van Eck and SolidX note increased regulation in the marketplace and a Bitcoin futures market may render a more supportive response from the SEC this time around.

card
The companies think they may have found a structure that can get approved. They told the WSJ they have restructured the product in response to SEC concerns and are awaiting approval.