David Dinkins
If all is as the company says, the creation of 300 mln new Tether tokens indicates that a massive amount of new money has entered the crypto ecosystem. 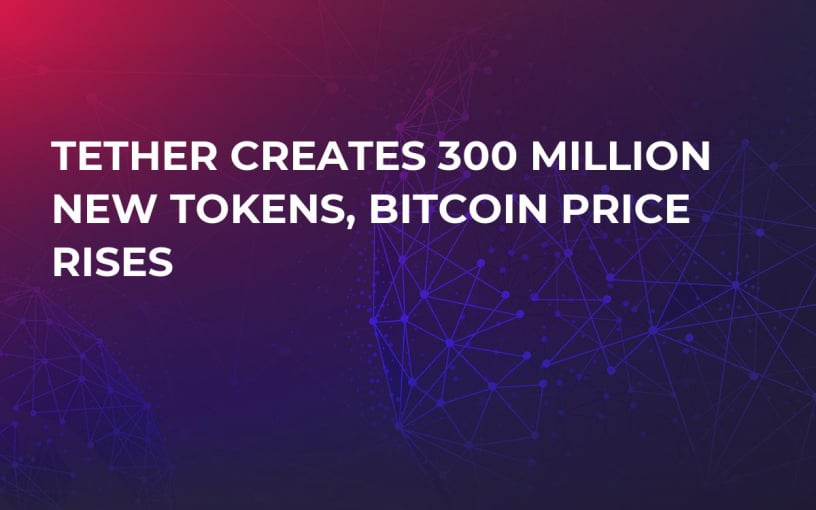 Yesterday, 300 mln new Tether tokens were created and the price of Bitcoin posted an increase, though not a huge one. Tether is a controversial altcoin that is supposed to be backed by actual US dollars in the Tether company’s bank account. As yet, no audit on the company has been completed, though one was promised last year. If everything is as the Tether company says, then the new tokens would have been purchased with $300 mln in US dollars - which is effectively new money coming into the crypto markets. Such a large influx of money into the marketplace would be expected to boost the price of Bitcoin, and it appears to have done just that.