Urvashi Verma
The company now offers trading of 16 cryptocurrencies available to residents of 10 states, aiming to become one of the largest crypto exchanges by end of year. 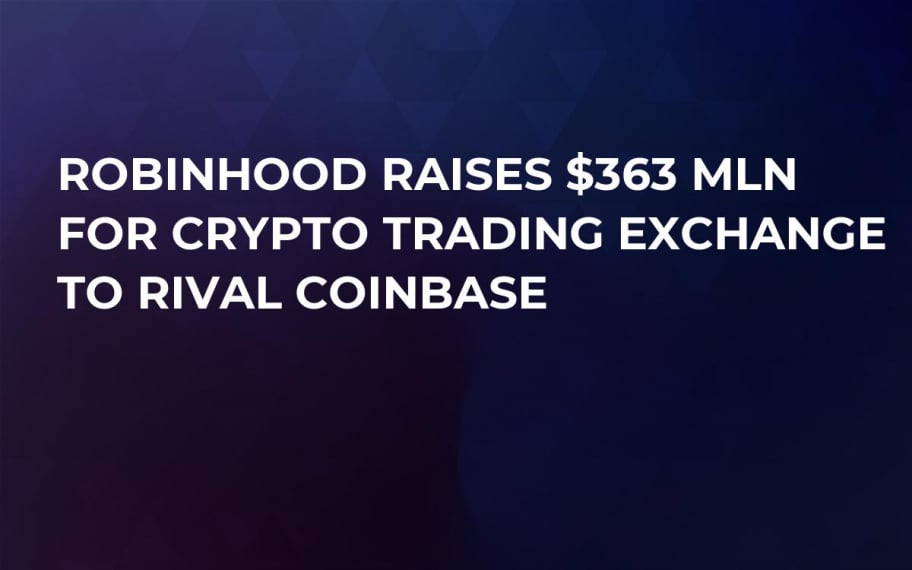 US-based mobile stock trading app Robinhood announced that it raised $363 mln in series D funding to expand its cryptocurrency trading service in the US by the end of 2018, Thursday.

The company is valued at $5.6 bln after the funding round which was led by DST Global with Iconiq, Capital G, Sequoia Capital and KPCB, according to a statement published today:

“At Robinhood, we’re guided by the belief that America’s financial system should work for everyone – not only the wealthy. We released a web platform with research and discovery tools, introduced commission-free options trading, and launched Robinhood Crypto, with commission-free cryptocurrency trading, now available in 10 states.“

Robinhood, which offers a no commission model on trades, has doubled to more than 4 mln accounts since inception, surpassing E*Trade – one the largest US-based trading platforms with 3.7 mln accounts – last month, according to Forbes.

The funding round comes just months after the company announced its commission-free crypto-trading service in February which included Bitcoin, Ethereum, and 14 other currencies in five U.S. states: California, Massachusetts, Missouri, Montana and New Hampshire.

The company says it has now expanded its services to users in Colorado, Mississippi, Wisconsin, Florida, and Miami.

Baiju Bhatt, co-founder and co-CEO of Robinhood, told Forbes in an interview that he expects Robinhood to become one of the largest crypto-exchanges by the end of 2018.

“We expect by the end of the year to be either the largest or one of the largest crypto platforms out there. But we also really feel we’ll have the absolute best experience for investing in crypto as well—from having a large variety of coins available to a more favorable cost structure—mainly no commissions—to just quality of product.”

Bhatt says he is well positioned to take on Coinbase, the largest cryptocurrency exchange in the US, since Robinhood is already a broker-registered dealer with the SEC and offers 16 cryptocurrencies, compared with Coinbase’s offering of four.