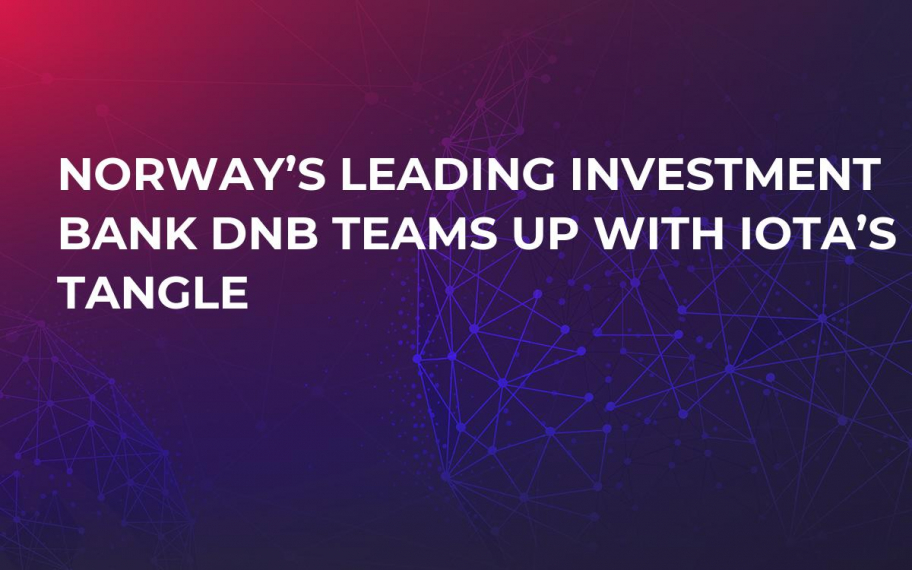 DNB, which specializes in investment banking, global markets and corporate banking is working with IOTA to implement new technologies and processes by IOTA’s Tangle, the company says.

Tangle is an open-source distributed ledger which is being built explicitly to power the future of the Internet of Things (IoT) using fee-less microtransactions and data integrity for connected devices and machines.

Tangle is proving itself as a faster and more transparent means of settling payments compared with traditional Blockchains, experts say.

The bank and IOTA are planning to explore business models across industries around privacy and personal data management, which have become a central priority for firms since the  GDPR.

“As the Internet of Things (IoT) and Machine to Machine (M2M) communication and payment for microservices seem to escalate in the future, we think engaging in a Distributed Ledger based technology like IOTA gives us valuable experience and know-how on future revenue streams and business models. We are looking forward to diving into the IOTA space.”

IOTA, which has been running a Data Marketplace initiative with the participation of global and IT companies such as Bosch and Fujitsu since November 2017, aims to distinguish its platform from what it considers to be less serious crypto projects, stated IOTA’s Founder, David Sønstebø. He added:

“Norway has always been a vanguard in adopting cutting-edge technological paradigm shifts that improve the efficiency of our society.”

Norges, Norway’s central bank, also revealed that it might be considering a landmark step to adopt a central bank digital currency, in a report released last week.