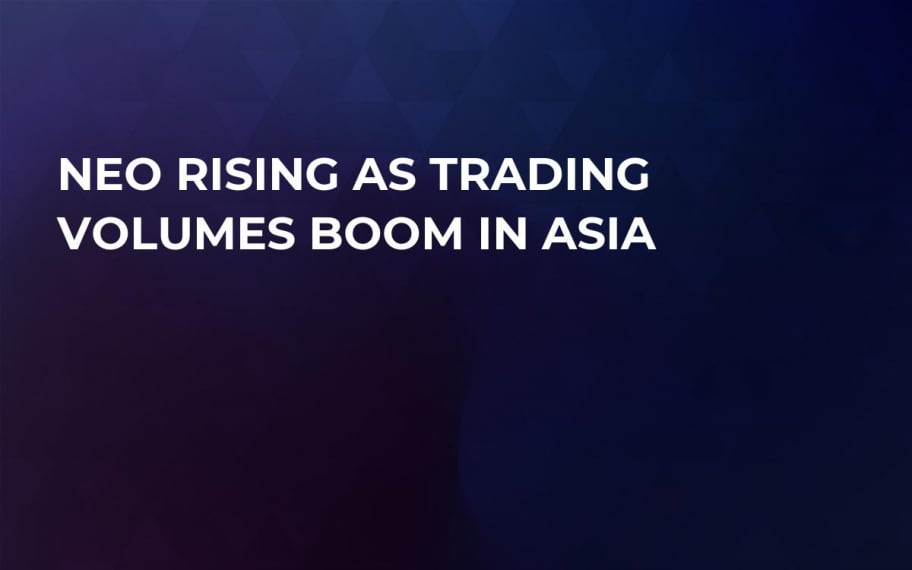 NEO, often referred to as the Chinese Ethereum, has been profiting from an increase in trading volume over the weekend and into this week. The coin is up to $85, having reached as high as $94, as its general trajectory keeps pointing upwards.

Monday morning in Asia sparked off a good price hike that got the smart contract-styled digital currency to that high of $94. There does not seem to be any apparent reason behind the increase in interest, but the price is definitely being driven by increased volume.

That trading volume in last 24 hours jumped to nearly $600 bln as compared to $500 bln registered the day before, according to CoinMarketCap. Korean traders have been the most active players as NEO/KRW transactions exceeded 27 percent on the total NEO trading volume.

While there may not be a direct catalyst for this sudden uptake for NEO, the coin has been progressing quite well in its developments of late. NEO has been supported by Switcheo exchange with trading volumes exceeding $2 mln during the first week of operation.

There has also been the extraordinary bullish momentum of NEO-based Ontology token.

Ontology is also still doing well along with NEO s it is up a solid five percent when a lot of the bigger coins are in the red. NEO is the best placed top 10 coin thanks to its near-seven percent growth while the likes of the top four coins seem to have leveled.

Only Tron and NEO are in the green for the top 14 coins with Tether, at 15, also just sneaking into positive growth.

NEO will now need to fight off too big of a correction after the influx in trading from the Asian markets, it will be imperative that it does not lose support going into the European and US buying time.