Alex Dovbnya
Microsoft removed the malicious apps from its app store, but it’s unclear how many users had downloaded them 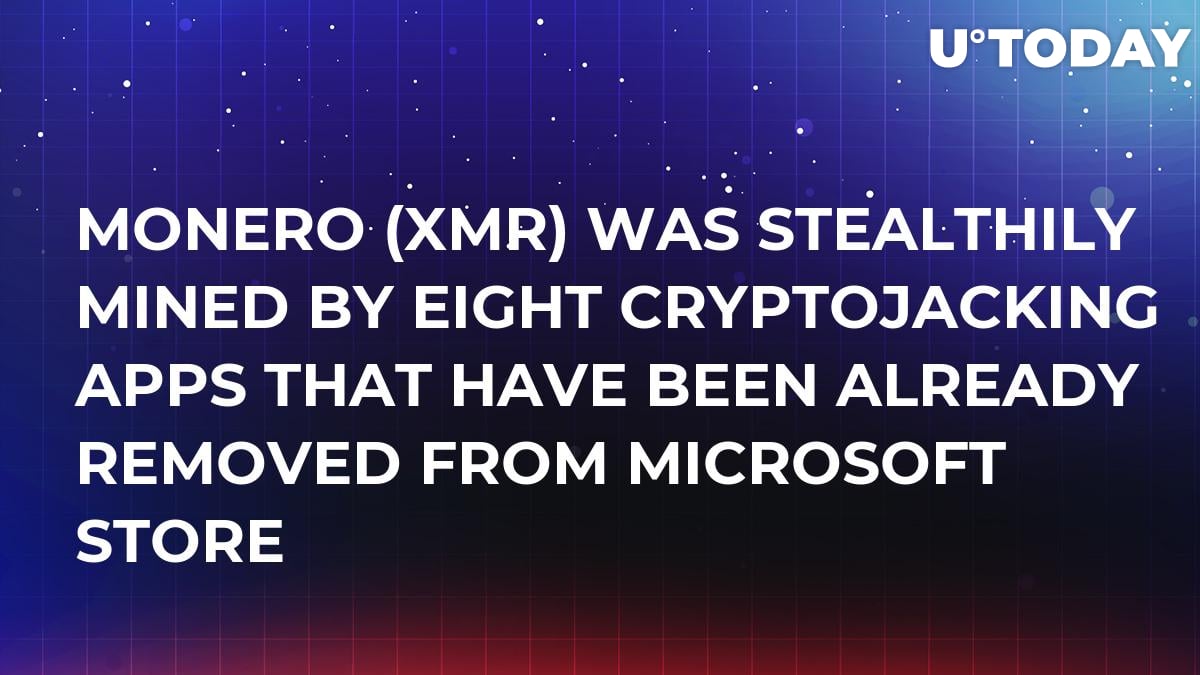 According to a new report that was released by Symantec on Feb. 15, eight cryptojacking apps have been deleted from Microsoft’s app store after being initially detected back in January. The apps appeared in the Microsoft Store between April and December 2018.

One bad actor behind all malicious apps?

The malicious apps belonged to a wide array of categories — from web browsers to optimization tutorials, but all of them are reportedly attributed to just three developers. Moreover, Symantec claims that all these apps most likely were produced by the same group that targeted uninitiated users in order to stealthily mine cryptocurrencies.

As any other cryptojacking tools, these apps would activate a mining script that would allow utilizing the lion’s share of computer resources for mining Monero. As U.Today reported earlier, Monero is considered to be the most popular currency with cryptojackers. In fact, cryptojacking is responsible for 4 percent of the total supply of the flagship privacy coin.