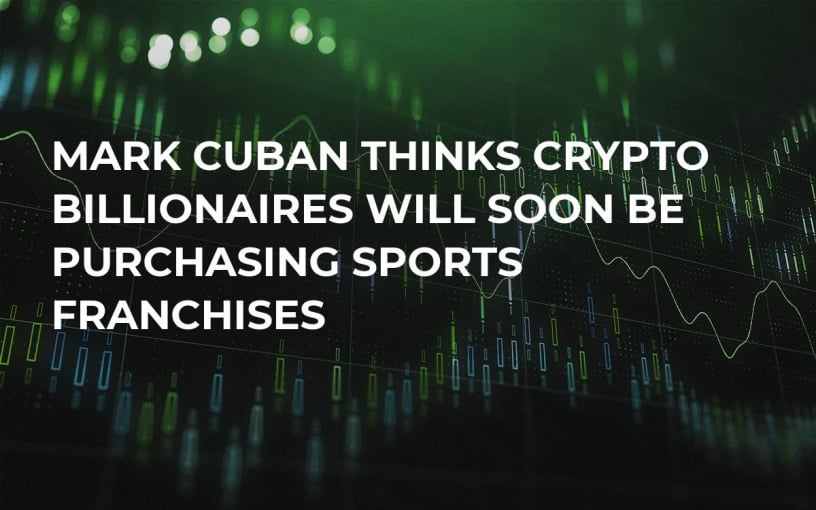 Breaker has recently had an interview with Mark Cuban, an American billionaire who infamously called Bitcoin a “bubble” in 2017, making its price drop by 5 percent. Now, Cuban reveals that he has always been a fan of Blockchain, and the nascent technology can be potentially used for keeping medical records of athletes. However, he is still skeptical about the idea of “tokenizing” sportsmen since its just old wine in a new bottle.

The owner of NBA's, Dallas Mavericks is also certain that the idea of crypto billionaires purchasing sport franchises is not too far-fetched. Earlier, it was revealed that the Mavericks would become the first NBA team to sell tickets and merchandise for crypto. Although, Cuban doesn’t think that many tickets will be purchased with cryptocurrencies.