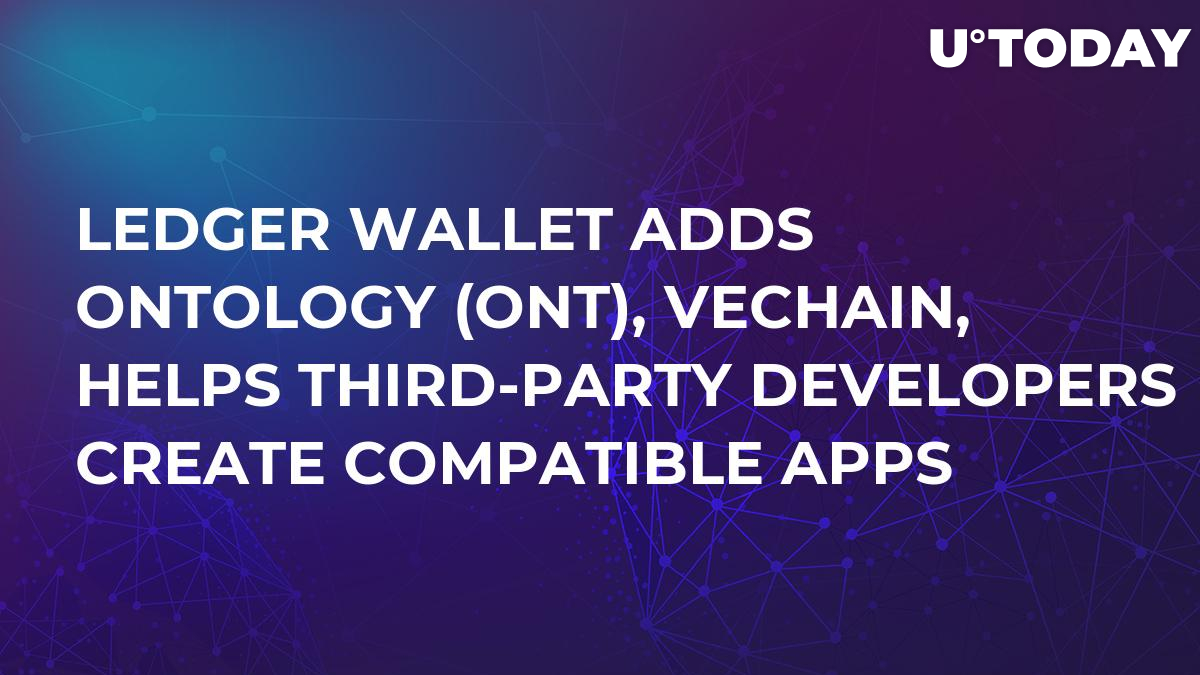 On Aug. 7, the Ledger company posted an announcement saying that their wallet from now on can store the newly added Ontology coin and support its transactions. The company also promised to release other updates soon enough.

The post also mentions that Ledger wishes to help developers create apps for its devices and so will organize First Tuesday Crypto– “a brand new rendezvous for the Ledger community” that is to take place every first Tuesday of each month.

As part of this project, new coin apps will also be launched every first Tuesday of the month, one third-party app at a time.

Besides, Ledger has announced that their team will provide detailed directions as to the verification of the third-party apps to make sure transactions go smoothly.

The company reports that eight more side apps that have been created on the basis of its network are now supported by it. Half of almost forty apps that Ledger now supports are ready to be used.

Support for other altcoins

Apart from ONT, Ledger has added some other electronic assets to their wallet. Among them are PoA, VeChain, Kowala and a few others.