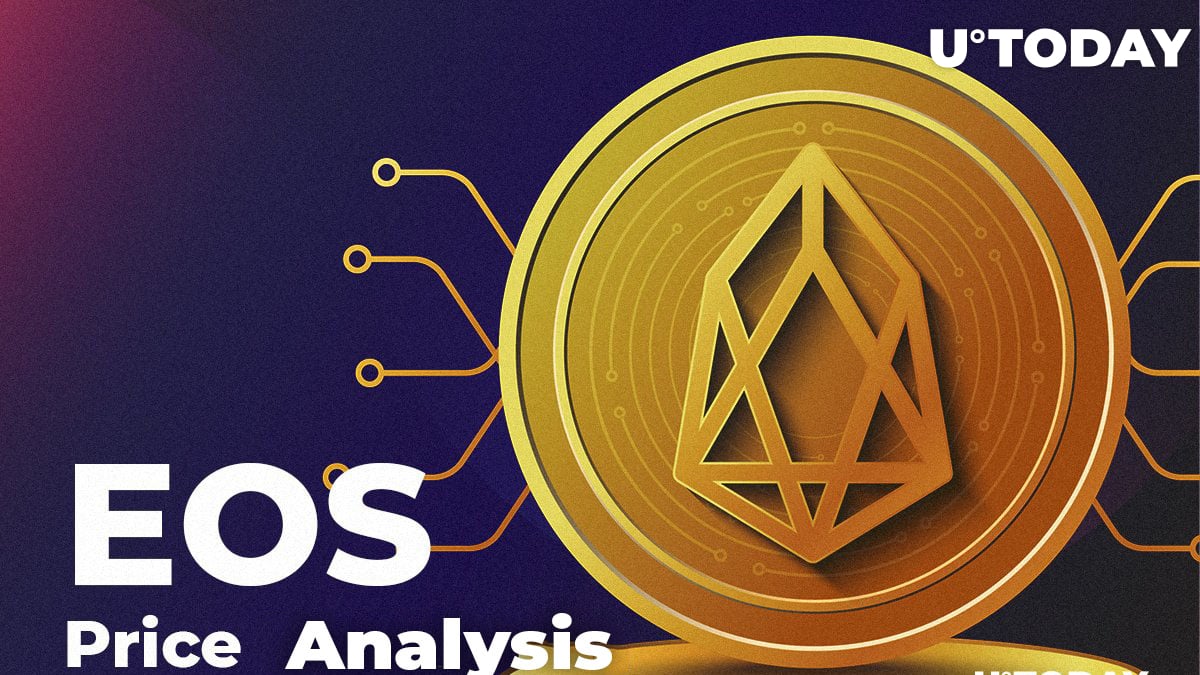 Top-10 cryptocurrency EOS attracts traders and investors from all over the world. The underlying blockchain technology makes it attractive for potential partners, too. But will EOS’ technological superiority drive its growth through the roof? Check out EOS price predictions for 2019 and later.

One of the rare blockchains offering their own smart contract, the EOS platform serves for performing decentralized operations and creating blockchain apps. The EOS blockchain has shown enormous potential and continues attracting investors at a high rate.

RT Tronfoundation "RT RatingDapp: #DappWeekly #EOS continues to top at the weekly active users. However, there was a slight decrement whereas #TRON and #ETH steadily grew their user base.

It’s not surprising that many companies prefer EOS to other blockchains: the network executes about 50K TPS, which makes it much faster than its crypto counterparts.

Salient features of EOS include:

Thus, EOS promises to become a leader in the crypto sphere. Some believe it will overtake Ethereum thanks to higher TPS speed and lower transaction fees.

The history of the EOS price only proves that it’s a viable currency. Initially, EOS was launched as an ICO that began in July 2017 with a starting EOS price of $1.03. During the first months, EOS didn’t get as much attention as it was supposed to.

By November 2017, EOS surged all of a sudden. It continued gaining market capitalization with new ICO participants. By January 2018, one EOS traded at $18.16. As it usually happens to new cryptocurrencies, during 2018, the world witnessed downward spiral movement – EOS fell to $4 but recovered by $21 by April. All in all, the ICO brought EOS 4 bln of market cap.

Today, EOS is trading at $3.65 with the market cap of $3.3 bln. It still remains the fifth largest coin by the market cap. The recent bearish market didn’t spare EOS’ value, but it is set to recover despite everything.

How much will EOS cost by the end of 2019? It’s hard to make any short-term statements – EOS has to break the resistance level before it starts growing again. Judging by technical analysis, EOS might reach $5 this march, if it manages to crawl to a $4.55 resistance zone. Until that happens, it will continue trading at around $3.5. 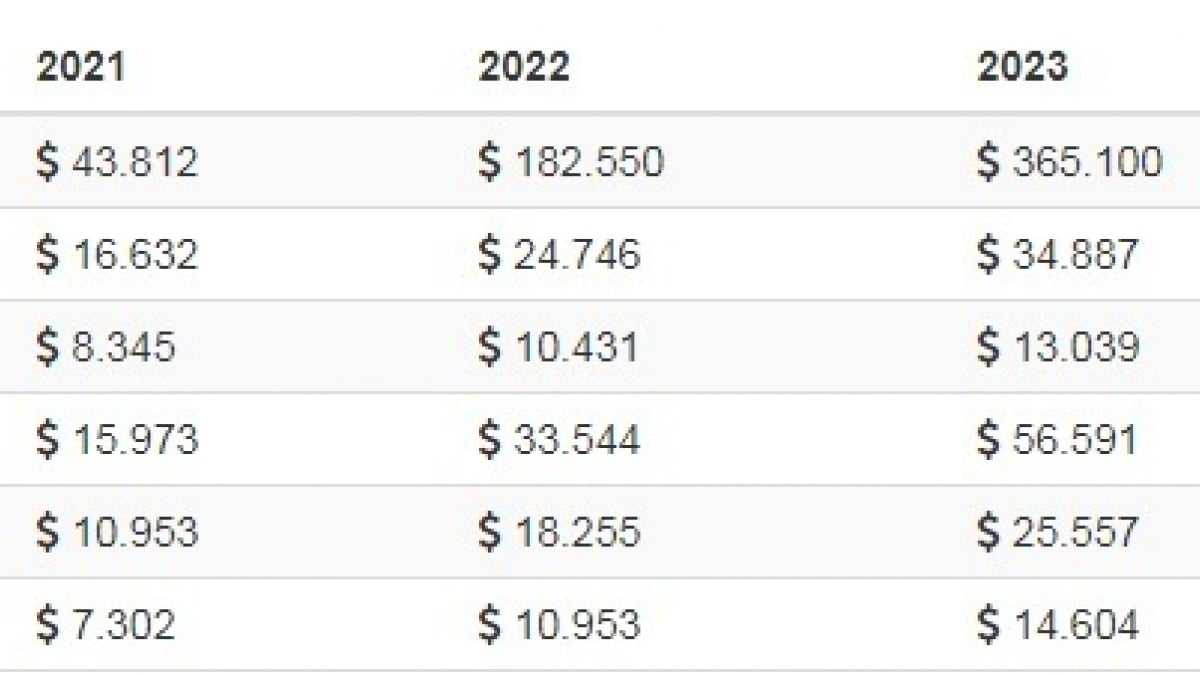 The market forecast is very positive. For example:

Not all experts and websites are equally optimistic about EOS. Luckily, their forecasts aren’t actualizing. For example, Gov Capital predicted that on March 9th,  2019 EOS’ value would fall to $0. As we see, it’s still thriving.

We can hope for EOS to double or triple its price as soon as it manages to break the current $3.5 level. That might happen in March but depends on a number of factors.

Aside from traders, it’s the developer who influences cryptocurrency value to a large extent. What will happen to EOS during 2019? Unfortunately, developers haven’t shared much information about it. There are no officially assigned releases or events, but the community still knows something from the words and announcements of Block.one representatives.

Another interesting feature from Block.one is Resource Exchange that will allow for token leasing and will trigger voting. The new EOS infrastructure will have 4% inflation, however, no one guarantees that updates will take place in 2019.

Suppose EOS develops well and breaks $5 during 2019. What should happen next? The EOS price 2020 promises to be not much higher than today: 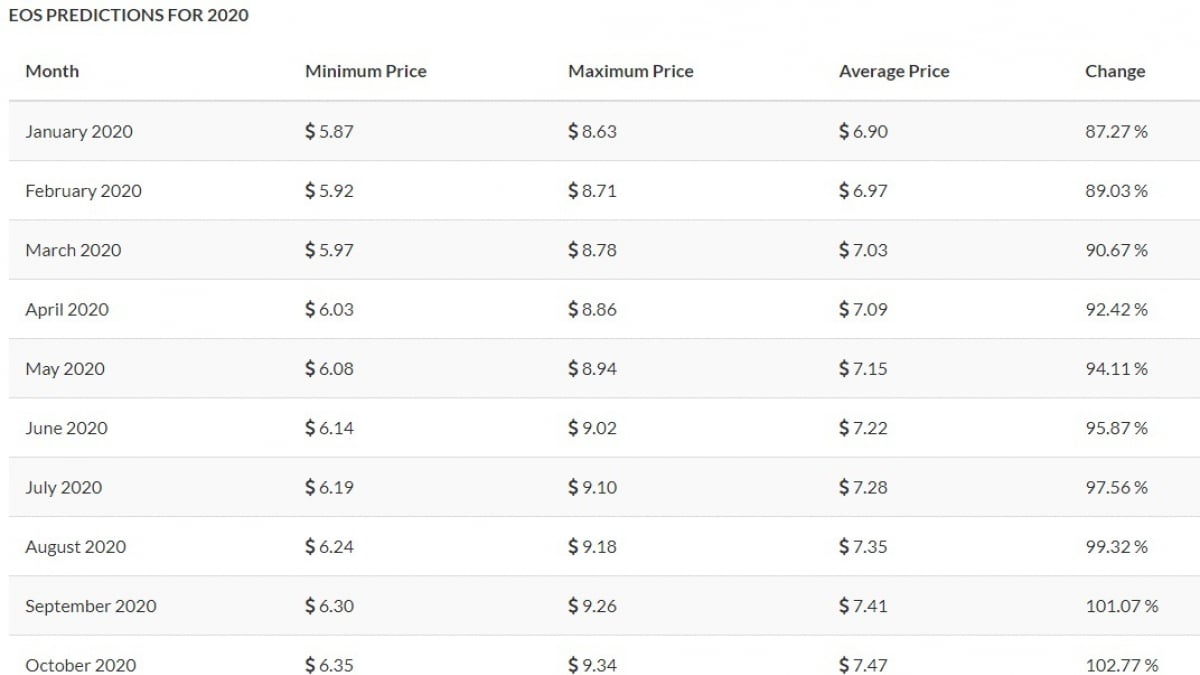 Today, EOS is viewed as the major rival of Ethereum. EOS technology is superb, but Ethereum has been around for a longer time span and proved its reliability. Yet, if EOS continues evolving at an optimal pace, the best scenario for it is to hit somewhere within the $45-$70 range. According to the Coinfan website, during 2020 EOS price might grow from $40 to $168 – a considerable change!

All in all, EOS is expected to develop slowly but steadily – this blockchain has to rely on its own powers.

Surely, making such a long-term forecast would be speculation. We don’t even know what will happen to EOS in the nearest year. If EOS continues fulfilling its potential and gaining support from investors, it might easily overcome an all-time high and trade at around $500 per unit.

Related
Hacker Gets Away with 2.09 Mln EOS Due to Failed Blacklist Update, Huobi Blocks Its EOS Accounts to Find Culprit

Investment in EOS: For and against

Here are a few things for potential traders to consider:

No matter what, EOS stays one of the most promising blockchains on the scene. It is set to disrupt the modern approach to creation of dApps and has all chances to stay ahead of Ethereum and Tron. In the nearest years, we will see whether EOS can stand the test of time.