Denys Serhiichuk
₿?Despite the total dominance of Bitcoin, in 2019 there are plenty of upcoming cryptocurrencies to watch for and make a profit with 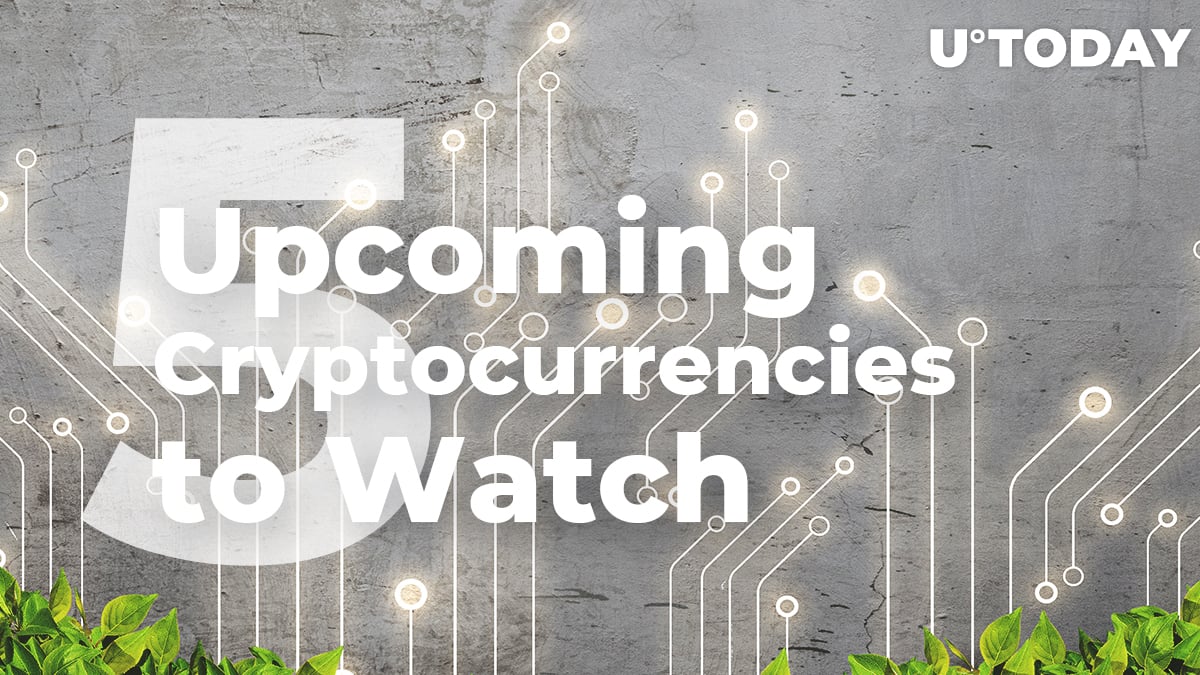 Today, in the cryptocurrency ranking on Coinmarketcap, more than 2,000 digital assets are represented. Of course, not all of them have real value and potential for further development. We cannot be 100% sure which coins will be profitable in 2019, as the crypto market is too volatile and unpredictable.

As we can see, the dominance of Bitcoin is starting to losing its grip tightness, creating space for altcoins to grow. In this case, what are the prospects for “young” cryptocurrencies in 2019? Let's try to identify the top five coins that should shoot up in the near future.

OMG is the digital coin of the OmiseGO blockchain platform. The project is based on open source code. Developers initially focused on the creation of new tools to eliminate society's dependence on banks.

The OMG platform is designed to help conduct financial transactions, even for those people who live in countries with no traditional financial infrastructure in the form of banks. This service is the result of the development of the Asian company Omise, which is the leading payment provider.

Once the official OmiseGo wallet is released, there is supposed to be a “bear” trend of this currency. After that, an influx of new users is expected, which will make the coin more stable. Despite the fact that coin’s chart still showing us downtrend, the project still has good opportunities to return to its maximum highs. It is predicted that by the end of 2019 the rate of OMG can grow to $15-20. Of course, such forecasts are overly optimistic, but if the Chinese government keeps improving regulations of the crypto market, then Omise may achieve such indicators.

Despite the fact that in 2019 that the price reached its historical minimum, the situation on the crypto market seems positive for Omise. Perhaps this is a reversal of the trend and Coin has a bright future ahead. We advise you to look at altcoin closely to buy it at the lows.

It is a public blockchain ecosystem, the main task of which is to digitize all the data that is obligatory for a successful business. First of all, we are talking about establishing a decentralized database of products, as well as creating a platform for monitoring their quality and process of delivery. The project solves issues for the market of the Internet of Things, which is a trend nowadays.

The platform has already released its own blockchain, VeChainThor, and is working to improve it.

VET coin has become available for trading since August 3, 2018.  Nevertheless, we can summarize that the coin feels pretty confident in the market.

ICON (ICX) is a blockchain platform designed to work with several different blockchains. In other words, ICON is a cross-chain solution that provides solidity for various blockchain projects. The implementation of ICON should improve the efficiency of the project's economy.

The ICON project has official support from the South Korean government. This may be an indication that large Korean businessmen are seriously interested in the coin. Now a number of financial, medical and educational organizations from South Korea have begun to work closely with ICON in order to improve interaction with consumers. In addition, some other representatives of the business of this country and a number of corporations operating in the Asian market are showing interest in this project.

Now ICON is within the price of the bottom, but it does not seem like it will continue for a long time. The perspective of the coin, previous indicators, market sentiment indicates that $0.4 is a temporary value.

ENJ cryptocurrency is a digital token platform for creating gambling applications. With Enjin Coin, developers can not only create virtual gaming products but also implement them. The project uses the Ethereum network,so ENJ tokens are in the ERC-20 format.

The biggest advantage Enjin Coin offers the gaming industry is the chance to set and manage virtual goods. Developers of any platform can easily create a currency designed exclusively for their community, which will be supported by Enjin Coin.

Each asset is kept in a single smart contract and registry, so all Enjin Smart Wallets can easily recognize it.

If you look at the altcoin charts, it becomes a clear investor interest. In other words, Engine lives an active life. At the end of February, the active growth of altcoin began. And the gradual fall in prices may be the last good moment to buy before the explosive growth.

AION is a third generation blockchain digital token. The essence of such platforms is the creation of an ecosystem where various projects can interact. Roughly speaking, the goal of AION is to create an ecosystem for blockchain startups.

AION is focused on the following issues:

In 2019, the implementation of the network infrastructure is planned to be completed, providing everything needed for fast, efficient inter-network communication and inter-chain applications. In addition, the focus will be on such aspects as:

The prospects for AION in 2019 will directly depend on the continued relevance of the idea of ​​combining existing blockchains into a single platform. The project team is actively developing it, introducing new features and solutions. Despite the low price of altcoin, the tendency to increase prices is already visible. If the development will be successful, AION has all chances to become a hit already in 2019.

How to choose the most promising cryptocurrency?

The answer is simple: they are always in the spotlight. They are discussed in the media, attracting the attention of large investors, companies, and corporations. Today, the product behind the name of a cryptocurrency project matters a lot. If there is a development, then it is fair to expect an increase in the price of this coin.