George Shnurenko
Learn about CryptoNight, the new exciting technology in the crypto market that promises to usurp Bitcoin 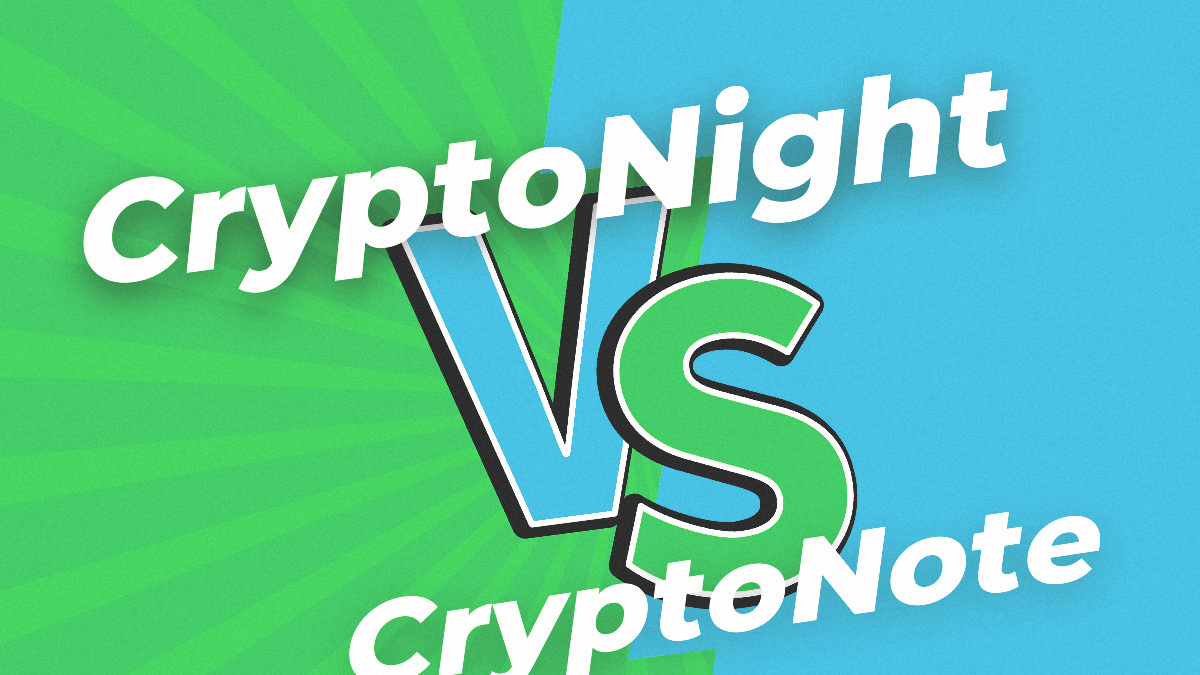 CryptoNote is the technology or application or framework behind Monero, Bytecoin, AEON, and other aforementioned currencies. The hashing algorithm which this CryptoNote employs is known as CryptoNight, although AEON makes use of a modified algorithm, the CryptoNight-Light. The technology improves the state of privacy and anonymity as it doesn’t allow transactions to be traced on the Blockchain network.

This is defined as an application layer protocol that underpins a lot of decentralized digital currencies which emphasize the need for privacy and anonymity. It was developed with the aim of dethroning already established currencies like Bitcoin and Ethereum as it is imbued with a number of superior features.

CryptoNote currencies rely on a distributed ledger which serves to record all the balances and transactions carried out on the network. This is strikingly similar to the way Bitcoin operates but there’s just one major difference. The transactions on CryptoNote cannot be audited or traced back to the Blockchain to uncover the source of the transaction.

CryptoNight is a proof-of-work algorithm which was designed to be compatible with the CPU of a conventional PC. This is the technology behind CryptoNote and its mode of operation is considerably different when compared to that of Bitcoin and Ethereum.

One major feature of the CryptoNight is that it is more difficult to boost the mining power using ASIC devices. For a while now, this is the challenge miners face and it is envisaged that this arrangement will help in keeping the mining distributed, rather than the almost-centralized system in place.

The CryptoNote technology utilizing the CryptoNight hashing algorithm also helps in preventing double spending. It also ensures that the parameters are adaptive and Blockchain analysis resistance. In essence, the aim of CryptoNight is to develop the next generation of cryptocurrencies that are even more ‘crypto’ and ‘cryptic’ than the existing ones.

Similarly, another cryptocurrency currently doing averagely well is Bytecoin. Bytecoin has a market capitalization estimated to be $570,779,504. As at the time of this writing, one Bytecoin currently sells for $0.003104.

Truly these values are inconsequential when you consider giants like Bitcoin and Ethereum with market caps exceeding billions. However, one thing CryptoNote currencies have in their favor is the advanced level of privacy and anonymity. It is envisaged that in the next few years, there will be a heightened demand for currencies with these features and this will cause the value to skyrocket.

Apart from these two mentioned coins that use the CryptoNote technology, there’s a myriad of other coins in the market. They are listed below.

It is well known that CryptoNight relies on the random access memory (RAM) and this is the reason for increased dependency on latency. Before a new block is added to the network, every other previous block is considered. It has also been observed that the algorithm demands two Mb per instance.

Modern ASICs do not accept one megabyte of internal memory.

Even though GPUs are capable of running hundreds of concurrent instances, they are proven inadequate in a number of ways. For example, the GDDR5 memory is considerably slower compared to the CPU L3 cache. Although the bandwidth is commendable, the speed of the RAM makes it effete.

What is CryptoNight mining?

The CryptoNight-Lite is considered less resource-demanding and it is more compatible with mobile devices. The CryptoNight-Heavy, as the name implies, is unlike the Lite version. As it was mentioned above, some of these variants were launched just to deter mining with specialized hardware.

In essence, you have four options by which you can mine CryptoNight coins.

This involves you mining the coins using your CPU or even your mobile phone. It is accessible to everyone and easy for beginners to use. However, there’s hardly any profit to this method of mining.

This involves purchasing a graphics card for mining. While the cost of maintenance and the initial cost of purchase might be off-putting, it has a very good efficiency and can even be profitable for miners.

This is a specialized software that is dedicated to mining alone. It is one of the most efficient methods but it is also one of the most expensive. In addition, it is applicable to CryptoNight classic alone.

Here, you purchase a subscription from companies who invested in large-scale mining equipment and you mine via the cloud. It is hardly profitable and there are manifold cases of scam.