From Homo sapiens to Homo cosmicam: the stages of a great journey

Aliya Prokofieva
Space invasion is not a dream, the journey’s started 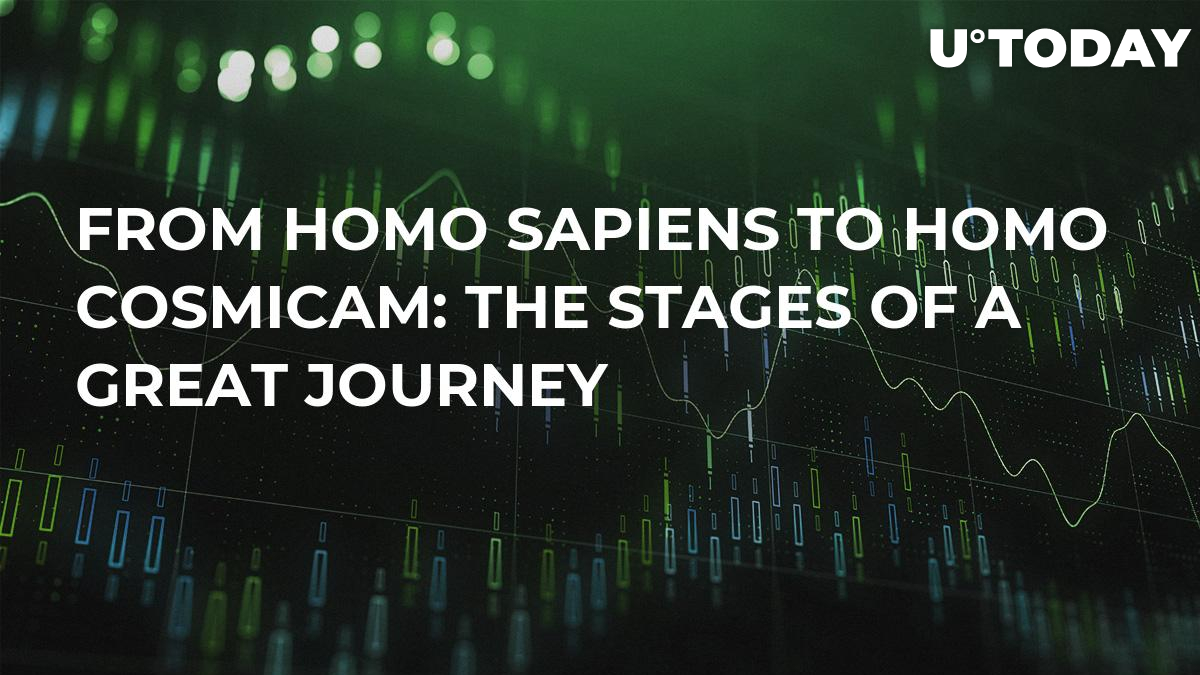 What does a man need space for when he is not given eternity? - Salvador Dali asked sorrowfully. I'll try to console the classics: it is quite likely that it will be eternity that will be the result of a large space expedition of mankind. And this will be the process of settling the universe, long and extremely fascinating.

In my opinion, the key concept for understanding this process is autonomy. It is up to autonomy to determine this in the first place, according to which canons the relationships within the space settlements and between them will be built, how links with Earth will change. How, in the end, the very human essence will change.

A lot of analysis, a little imagination- as a result, these were the consequences.

From this stage, we are separated by a maximum of several decades. It will begin together with the creation of orbital stations with artificial gravity and inhabited bases on the Moon and Mars. Three factors will play a key role in the formation of the system of public relations of the first non-Terrans.

First, in the initial stages, assembly of modules, installation and testing of equipment happens,  the living conditions of the settlers will be Spartan, the risks high and responsibility beyond the bounds. Accordingly, internal relations in the team will have to be built on the basis of a rigid vertical power: the station said NADO, the astronaut replied that it exists. Later, when life is adjusted, and security is ensured, there will be a smooth rollback to democratic values.

Secondly, at first cosmic settlements will be completely dependent on the earth. They can not survive and develop without regular supplies of resources and mechanisms, without the import of new knowledge and technology. Therefore, strict control and management of processes from the terrestrial control center will initially be taken for granted.

Third, with a high degree of probability, the first permanently inhabited bases will be created on the principle of "one state - one station." De facto, they will become space enclaves of the terrestrial powers: in the territory of Martian New Beijing or the lunar New Moscow, the systems of values, laws and social relations adopted in the metropolitan areas will operate.

Self-sufficient inhabited settlements are created on all suitable for life planets of the Solar system. Landing expeditions are prepared beyond its limits. Technologies of construction of space cities have been worked out and widely available. On the planetary and orbital bases, the first generations of settlers born outside the Earth grew up.

There are non-state space cities, founded not by terrestrial governments, but by groups of like-minded people. Their participants determine the rules of the social system together, which the society will adhere to. Prototypes of such communities already exist: for example, the cosmic state of Asgardia or the concept of the orbital city "Ether.”

The connection with the Earth is still maintained, but the dependence of settlements on alma mater (translated from Latin- the nursing mother) is falling rapidly. From the center of human civilization the blue planet turns into its ordinary stronghold. Formerly established bases gradually abandon the status of terrestrial enclaves and move on to become self-government.

Diplomatic and economic ties are established between the space cities. The exchange of information and technologies, as a rule, takes place on a mutually beneficial basis, but increasingly on a non-reimbursable basis. Cultural integration is growing: today is the tour of the composite orchestra of Phobos and Demos on Jupiter, tomorrow is the week of the Martian ballet in the asteroid belt.

Mankind has finally transcended the solar system and is actively developing planets that revolve around the nearest stars. People still remember that the Earth is their ancestral home, but they perceive it as an ordinary historical fact. This is how we treat Mesopotamia today, which is considered the cradle of the earthly civilization: yeah, so what?

The centers of public life are self-sufficient city-states scattered around the most suitable for life planets.

Around such cosmopolises an infrastructure is created from planets-farms, planets-mines and planets-workshops, functioning without human participation. The most likely form of social organization of such entities is a direct social contract regulating what is possible and what is not possible within each particular policy. Now the state is not a regulator, but a set of service functions that are almost completely automated.

It is impossible to deny the possibility of manifesting the remnants of the past. For example, the emergence of a military dictatorship aimed at forcibly seizing neighbors and creating an empire ruled from a single center. Or the formation of a hoard of cosmic nomads living at the expense of raids on prosperous planets. Particularly zealous futurists predict the probability of even slave-owning cosmosocieties. Which, in my opinion, completely no longer makes sense: to whom and why are slaves needed when all production processes are automated and robotic? Unless only in a harem…

At last, everything was accomplished, this is what modern science fictionists only dream in their wildest dreams.

The principles of movement in space are opened, allowing to move between the stellar systems with minimum energy for a few days/hours/minutes. Intergalactic spaceships for a man of a new era is the same as a car for us.

Compact generators have been created, which allow producing any volumes of energy from nothing.

In everyday life included the distant descendants of a 3D printer, allowing you to change the properties of matter and create anything from anything. For example, convert stellar dust to spare parts for a star. Or in works of art. Or pies with jam.

Humans are now completely self-sufficient units. Collective activity ceases to be a necessity, society loses the basic unifying functions. Nobody controls anyone, nobody obeys anyone.

People settle in the Universe individually, families or small groups "on interests." The possible options are:

● "private household": one person - one planet,

● "communal": one planet is divided into residential areas between several tenants.

Autonomous resettlement does not mean that people will completely abandon communication with their own kind. Certainly, they will support communication through social networks of the next generation on an ecumenical scale. And on a conditional weekend fly from neighboring systems to a particularly picturesque asteroid to have a barbecue, drink beer and exchange news. And, of course, gossip: for example about how the Ivanovs from the XQ4981 system flooded the planet, and now, as plumbers drain the oceans, they moved to a summer cottage on an artificial satellite.

In the famous "Monday starts on Saturday" Strugatsky characterized man as an intermediate link necessary for nature to create the crown of creation: a glass of cognac with a slice of lemon. All jokes aside, the principle is absolutely correct. Sooner or later the little man as a biological species will reach its limits, and something new will come to replace it. Crown of creation. Superman.

Homo cosmicam from the conditioned cocoon, inextricably linked with the material shell, will turn into a butterfly- a disembodied energy essence. Konstantin Tsiolkovsky called this energy radiant and the new community- radiant humanity.

Objects and technologies are no longer needed- all the necessary super-people are directly drawn from the surrounding world. Life expectancy is eternal. Moving to any point in the universe is instantaneous. Communication- at any distance. The remaining possibilities of energy entities can only be guessed. As well as the forms of their social order, if this can still be preserved.

It's a pity that you will not have to live beautiful at this time, neither to me nor to you.