Denys Serhiichuk
Can we expect one more drop of the crypto market next week? 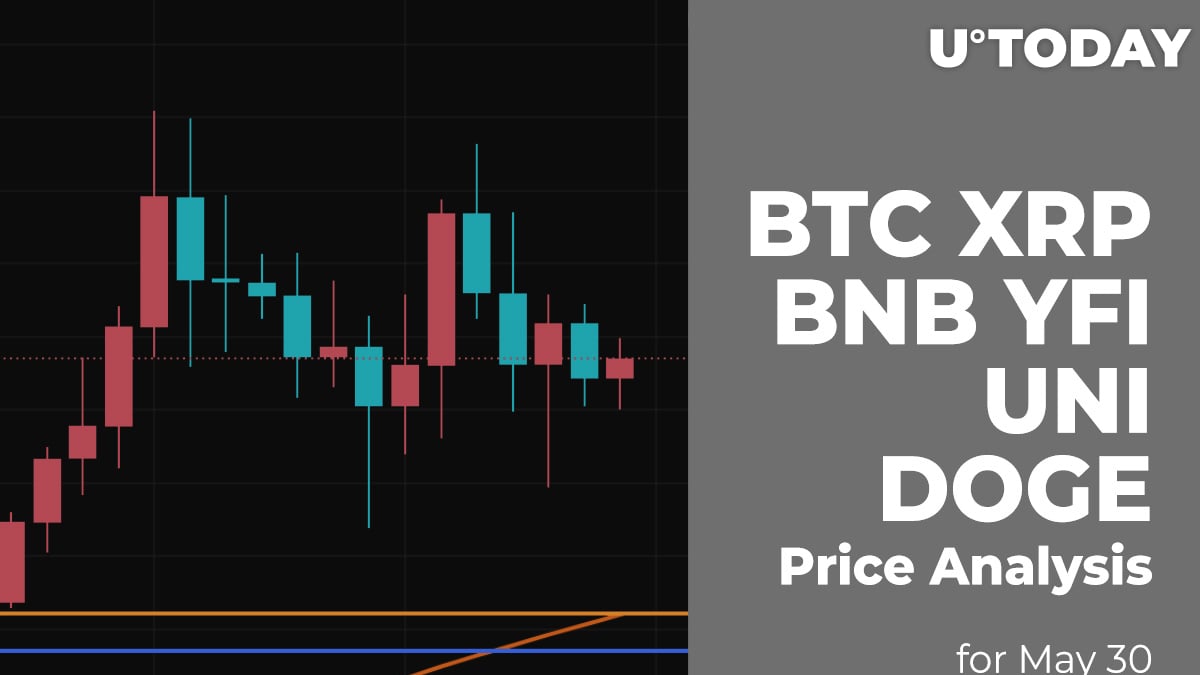 Despite the ongoing correction, some coins could show growth today. Mainly, Cardano (ADA) is the top gainer, rising by 11% since yesterday.

Despite the correction, Bitcoin (BTC) has not broken the falling channel, which means that bears still control the situation on the market. Thus, the buying trading volume is low. In this case, if bulls cannot hold the $35,000 mark, there are chances of seeing a drop to $30,000 next week.

XRP is a greater gainer than Bitcoin (BTC) with a price change of +4%.

XRP is facing similar price actions as Bitcoin (BTC) as the bounceback is not supported by a large trading volume. As the support at $0.75 has not been tested so far, a decline to the support level may happen soon.

In this case, the ongoing rise is likely to be considered a correction after a sharp price decrease.

Binance Coin (BNB) is not an exception to the rule as the rise of the native exchange coin has grown by 3%.

Binance Coin (BNB) has retested the support at $296 on the daily chart. Until it remains trading above this mark, bulls will be more powerful than bears. If buyers can fix above the area of $350, the resistance at $378 might be attained soon.

Binance Coin is trading at $329 at press time.

Yearn.finance (YFI) has shown more growth, going up by 6% over the past 24 hours.

On the daily time frame, YFI is about to finish its correction. The selling trading volume is significantly reduced. Thus, the MACD indicator may switch to green soon and confirm the ongoing bullish influence. If that occurs, the DeFi coin may come back to the vital mark of $50,000 within the next few days.

The rate of Uniswap (UNI) has remained the same since yesterday.

Even though the price change of Uniswap (UNI) has accounted for only +0.27%, the altcoin remains trading above the vital $20 mark. At the moment, the sideways range between $20 and $25 is the more likely scenario for the upcoming days as neither bulls nor bears have seized the initiative yet.

DOGE has risen by only 1.80% since yesterday.

DOGE is looking more bullish than bearish as the selling volume has decreased over the last few days. Thus, the volatility has declined to minimum levels, meaning that a sharp move may occur soon. The more likely scenario is a rise to the resistance at $0.34 next week.