Bitcoin Hash Rate Growth Pushes BTC over $4,000, Binance and ‘Swiss Amazon’ Give a Hand Too

Yuri Molchan
???Bitcoin’s hash rate has undergone a big rise since November last year and along with events in Switzerland and Australia may have given BTC price a push upwards?? 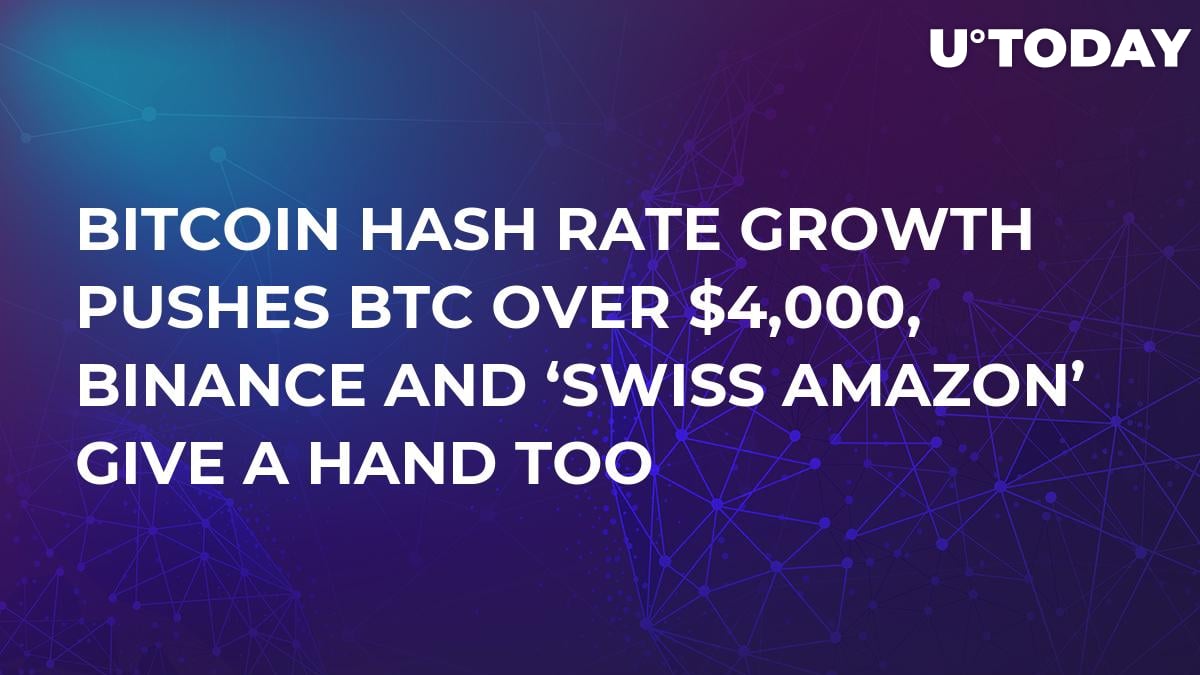 On March 19, reports emerged saying that the BTC hash rate had spiked over 52 quintillion H/s. Among other things, this means that more new mining rigs have joined the network after a lot of other miners left in 2018, when they failed to make sufficient and regular profits.

However, experts believe that as Bitcoin’s hash power has risen, Bitcoin mining difficulty will increase within a few days too, giving the situation a proper balance.

Currently, the security of the Bitcoin network seems to be at the highest level since late autumn 2018 and has reached a 4-month high – the higher a coin’s hash rate is, the more difficult it is to attack the network. At the moment, the security of the BTC network is coming close to the level it was on in August 2018 – around 62 mln TH/s.

A rise in the hash rate also means that miners are confident enough in the network since they are investing their money into the equipment, electricity bills and verifying operations.

Binance and Galaxus are helping BTC to stay above $4,000

It was recently reported that Binance has launched a platform in Australia which allows regular customers to buy Bitcoin with fiat cash (AUD) in almost 1,300 newsagent stores. The platform is named Binance Lite Australia.

However, this will cost buyers 5 percent off a transaction as a fee along with having to pay the goods and services tax if they wish to buy BTC through the platform.

Experts believe that the rise in Bitcoin’s hash rate, as well as the activity of Binance in Australia and the turn of Galaxus towards crypto, may have helped Bitcoin to get over the $4,000 level and remain there still.