Denys Serhiichuk
Can bulls manage to get Bitcoin (BTC) to $50,000 by the end of August? 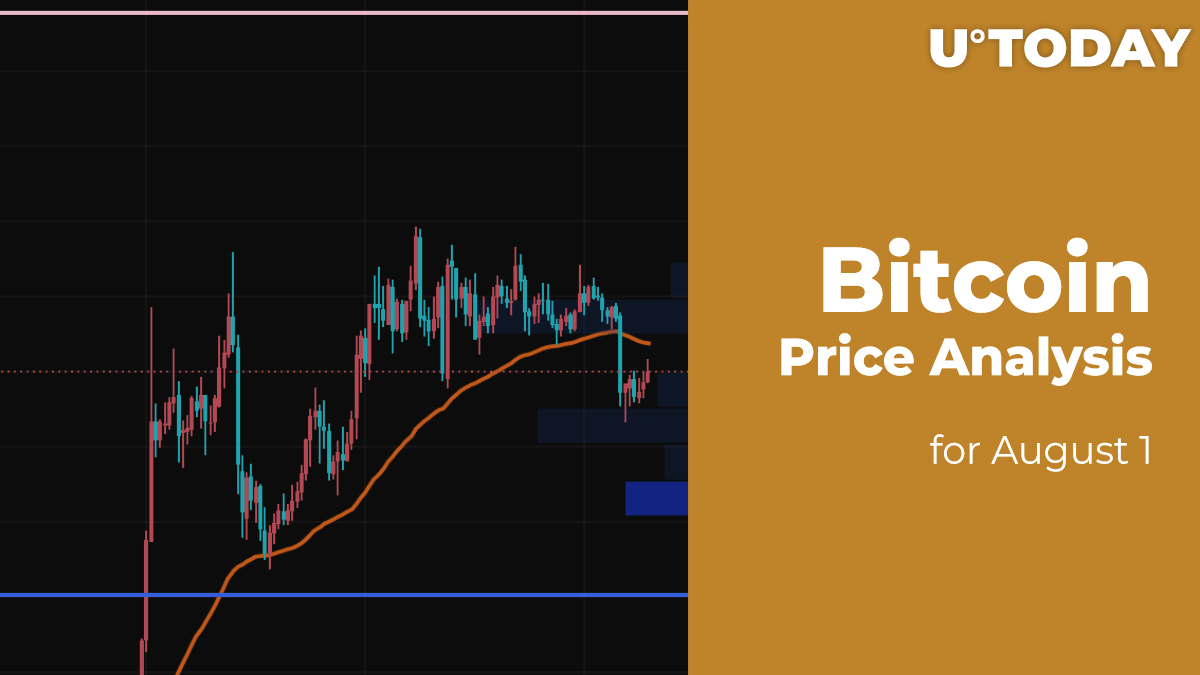 The first day of August has begun positively for the cryptocurrency market as all of the top 10 coins are in the green zone.

The passing week has been positive for Bitcoin (BTC) as its rate has risen by 21%.

On the hourly chart, Bitcoin (BTC) set the local peak at around $42,614, followed by a short-term decline. After testing the liquidity zone at $41,800, bulls are trying to come back, accompanied by increasing trading volume.

If they can manage to break the local resistance, there are chances to get to $43,000 by the end of the day.

On the bigger time frame, the chief crypto is stuck between the support at $41,000 and resistance at $42,335. The trading volume has declined, which means that traders are still accumulating power for a price blast. If they break the resistance, the next level of $43,700 may be attained by the end of the next week.

According to the weekly chart, Bitcoin (BTC) is about to break the resistance at $42,300 as bears are not showing any efforts to push the rate down. If the breakout occurs, the next area at which sellers can get back in the game is $47,000.