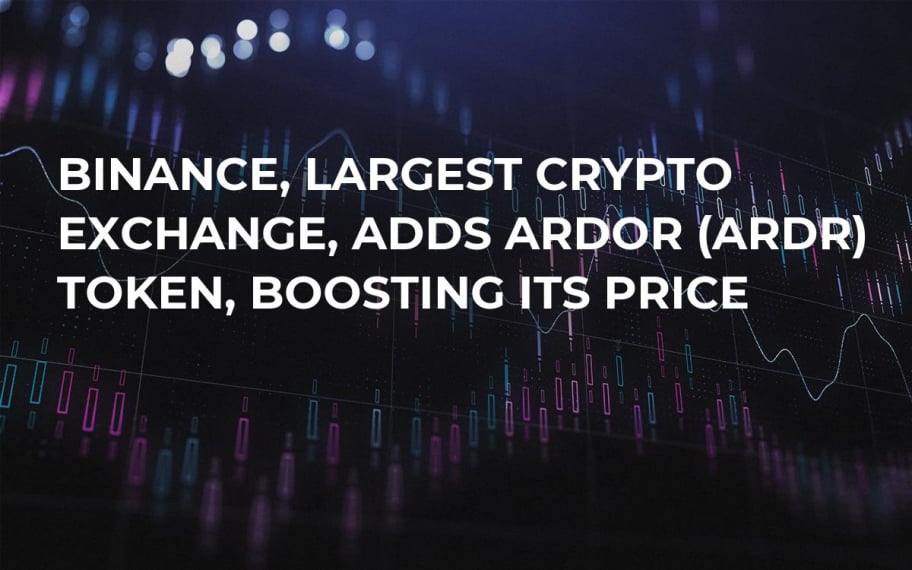 Ardor (ARDR), the coin supporting the same-name Blockchain-as-a-service (BaaS) project, spiked over 45 percent early on Wednesday. This was the largest increase the market has seen today thanks to the fact that one of the biggest crypto trading platforms Binance included it to the trading list.

The coin will start trading at 11 UTC against two major currencies, Bitcoin and Ethereum, and the native Binance coin (BNB). Traders are already making deposits preparing to start off.

Now ARDR takes position number 56 on the top 100 most popular coins’ list. The price growth is logical, as after listing on Binance cryptocurrencies usually tend to jump up the charts.

The project is founded by Jelurida company based in Barcelona. ARDR works in the NXT technology. It has a parent-child chain structure, using which startups can create their products on the Ardor Blockchain. The coin itself cannot be mined, its total supply equals 999 mln units and they are all already out there in circulation.

On their website the project team explains that Ardor is meant to diminish Blockchain bloat, its tokens were designed for multiple transactions.