Ripple Believes XRP Should Be Viewed Just Like Bitcoin

Darryn Pollock
Most cryptocurrencies are in a legal classification grey area, especially in the US, but Ripple believes XRP should be viewed like Bitcoin. 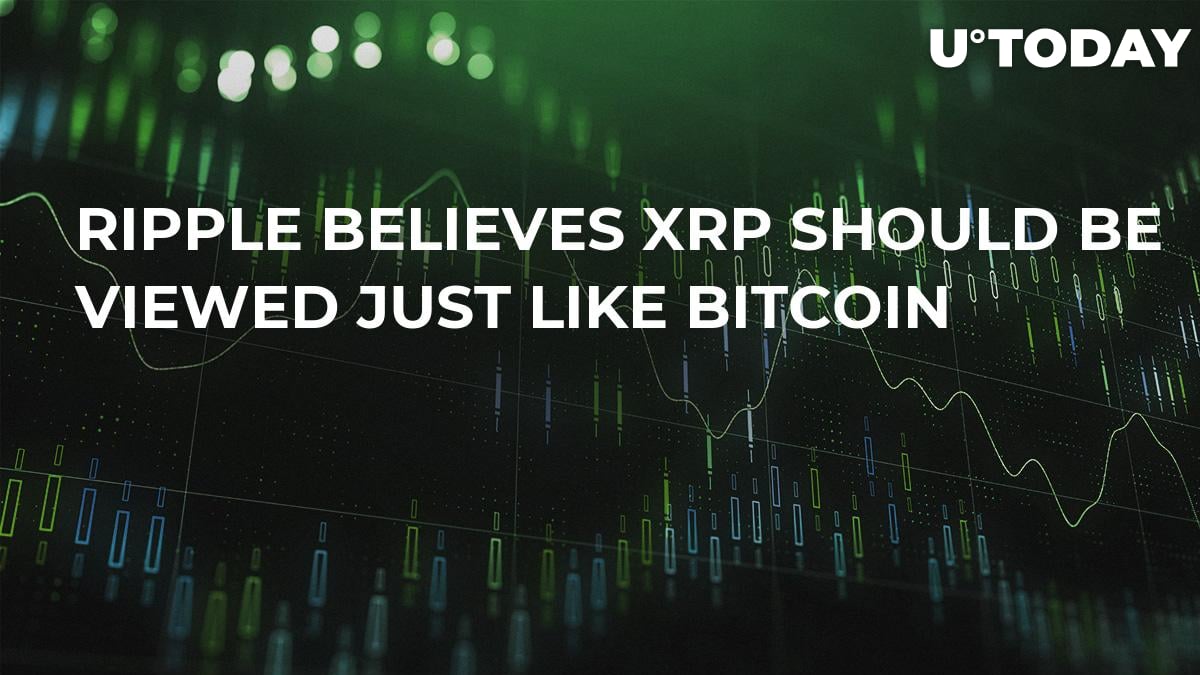 Regulatory uncertainty surrounding cryptocurrencies has become one of the biggest bugbears of cryptocurrency businesses and users alike. There are very few hard and fast rules or legal frameworks around the digital assets, leaving anyone who operates them in a grey area.

It has led to many lawmakers and regulators to start to try and delve into how these cryptocurrencies can fit into the current legal framework, and in the case of the United States, it has seen the SEC declare Bitcoin at least as not a security.

However, the SEC has more jurisdiction over other cryptocurrencies, declaring a huge swath of ICOs as securities, but leaving the rest of the more established coins, such as Ripple, for example, in the dark.

This has led Ripple to implore the SEC to make a decision on XRP and treat it just as they would Bitcoin. It is a decision that surely needs to be made, but will be more difficult for the SEC in comparison to Bitcoin, as the XRP token differs significantly from the major cryptocurrency.

However, the argument from Ripple is that the XRP token is more suited to not being classified as a security due to its regulatory adherence and US-base.

The relationship between the cryptocurrency ecosystem and regulators has been a complex and dynamic one. The original face of Bitcoin was one of defiance of the governmental rules and regulation, covering itself in a ‘cypherpunk’ cloak and being used predominantly on the dark web.

However, as it has entered the mainstream, and regulators have found it legitimate enough to put levels of control over it, the cryptocurrency community has understood that in order for digital assets to advance and become accepted, they need to adhere to the rules.

This has now led to many seeking legal classification and clarification, including Ripple.

“The challenge for adoption comes back to policy. The policy uncertainty around some of the assets has limited adoption, particularly here in the US,” said Ryan Zagone, director of regulatory relations.

“And I’m speaking from Ripple and XRP, because we use that asset because it’s a half a cent per payment. It’s basically free. It scales. And it’s efficient, with 1,500 transactions per second and nearly no energy burn. So we’re at a point today where there are real solutions to all of these challenges that already exist.”

According to Zagone, US regulators should treat XRP the way same way they view Bitcoin and Ethereum.

“Today, the policy certainty in the US exists for Bitcoin and Ethereum, despite the fact that those are China-controlled platforms. So activity goes to those platforms. What we need to do from a policy perspective in the US is look at places where there are uncertainty.”

“And one place I’m speaking directly for me here is XRP, where it looks like Bitcoin. It’s decentralized. It’s open-source. We have a small 7% of the validation power on that. Rather small on there. Giving clarity to those ones that are very similar to Bitcoin and Ethereum that have the same characteristics and should be classified the same way. And then we’re creating a level playing field across all the cryptos.”

It is not an easy task for the SEC, and other regulatory bodies across the globe, to determine which cryptocurrencies are securities, or other such entities, and which are not. However, the the process thus far has been slow and bureaucratic.

This is not only hindering the growth and potential of cryptocurrencies, but also making it unattractive for the companies and businesses to adopt and utilize the powerful technologies. For Ripple, this includes major banks which have seen the potential but are unsure of the regulatory standpoint.