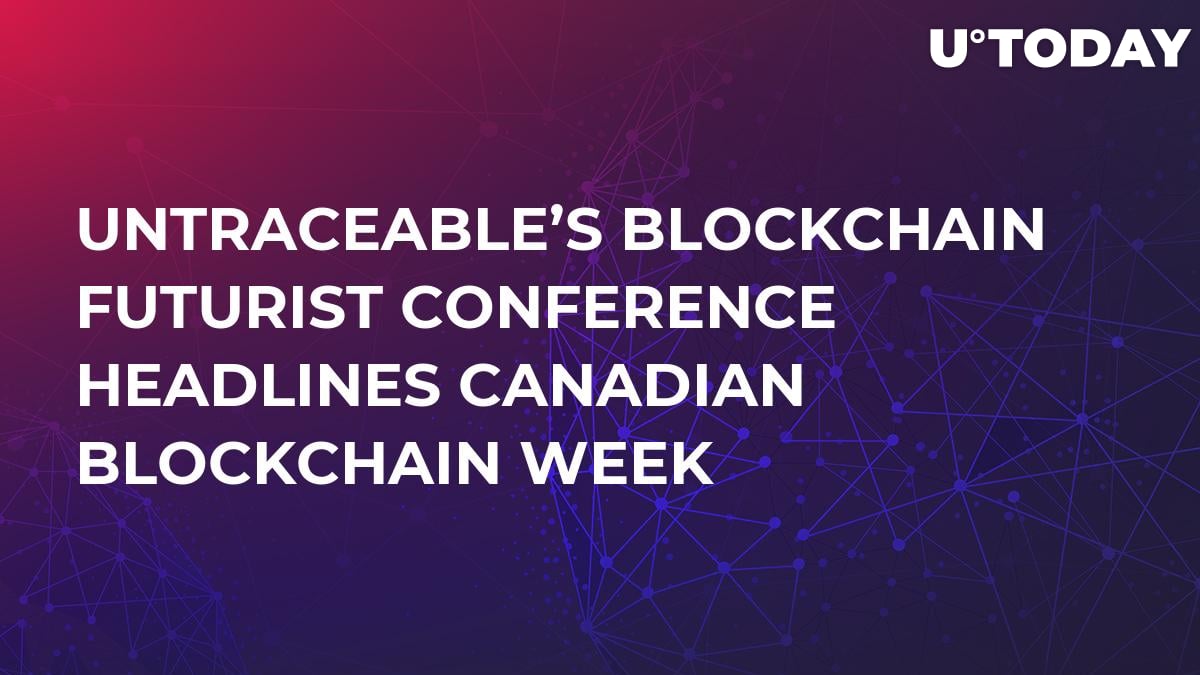 Tracy Leparulo, CEO and Founder of Untraceable and organizer of the conference, said: “As the birthplace of ethereum and home to hundreds of top blockchain and crypto projects, Toronto has been quietly establishing its position as a top blockchain hub. Blockchain Futurist Conference is proud to headline Canadian Blockchain Week and showcase the fantastic work that crypto and blockchain projects are doing here in Canada. With the conference, our goal is to break down the silos within the blockchain industry and foster conversations that will further progress for all players involved. By integrating the use of crypto throughout the conference and using crypto-integrated payments to support local vendors, we hope to continue to inspire our community, as well as promote a substantive dialogue about future growth in Canada.”

As a crypto-immersive event, Blockchain Futurist Conference will present a one-of-a-kind marketplace, hosted by Bunz, featuring local vendors from the Toronto area. In an effort to showcase the real-world use cases of cryptocurrency, Bunz will be doing an airdrop of Bunz tokens (BTZ), which participants will be able to use at the marketplace to purchase a wide variety of products, including refreshments, local artisanal products, merchandise, and artwork. In addition, the event will be sponsored by Canadian-based blockchain companies, including blockchain-based video entertainment utility protocol and official closing party sponsor at Cabana Bar on August 16 Slate.io and DigitalBits, an open-source blockchain network supporting the tokenization of assets for enterprises, highlighting the breadth of support building for blockchain and cryptocurrency nationwide.

Tracy Leparulo adds: “We want to take this opportunity during Canadian Blockchain Week to explore real world applications and existing use cases of blockchain, and that kicks off with the Global Cloud and Blockchain Summit. The invitation-only event, headlined by Ethereum Co-founder and founder & CEO of Jaxx & Decentral Anthony Di Iorio, will explore how C-suite executives and influencers from both industries — as well as their companies — can become among the first movers in blockchain. The conversation will transition seamlessly to Blockchain Futurist Conference where we will see the use of crypto fully in action.”

DigitalBits CEO Al Burgio said: “As blockchain technology develops more real-world applications, it is our duty as first movers to ensure that these progressions bring about positive change. The Blockchain Futurist Conference is an amazing setting to educate others about the enormous potential of this technology. Toronto has consistently been at the forefront of technological development, and now is certainly no exception. Through the many events that will be held during Canadian Blockchain Week, Canada is truly solidifying its place as a global leader in the blockchain industry.”