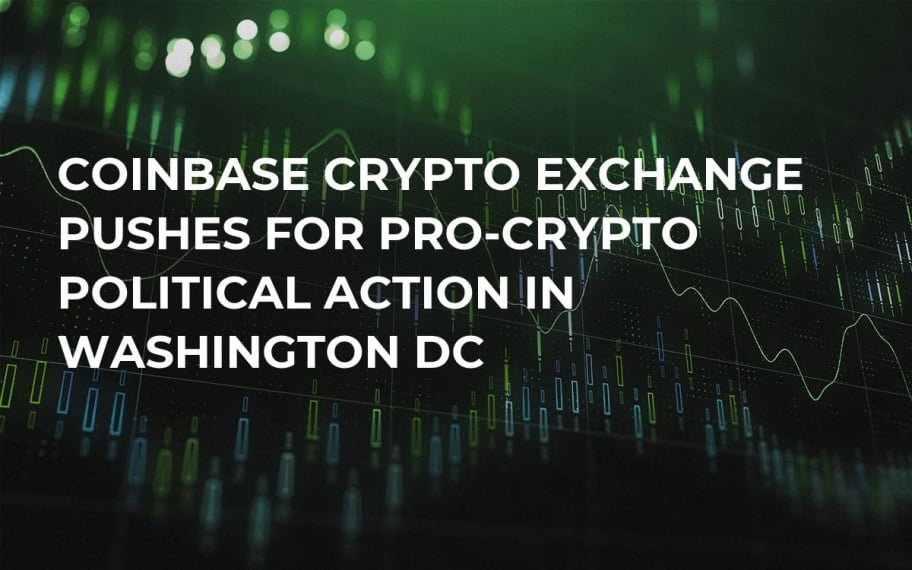 Coinbase, the 10th biggest exchange in the world by trading volume, is stepping up its game in politics by forming a political action committee (PAC). From now on, the San Francisco-based company will be able to legally raise funds for candidates in US elections.

What’s the purpose of a PAC

The US Federal Election Commission (FEC) reported that Coinbase formed a pack for campaign donations in June. However, the exchange only announced about that on July 20 in a public filing. As of now, they haven’t raised any money yet.

In the US, PAC is a political committee which is organized in order to raise money for specific candidates that participate in US elections. There are ideological as well as business lobbying groups that want their interest to be represented by elected officials.

While PACs are subjected to certain financial limitations (for example, they can’t donate more than $15,000 to one party in one year), there are also a few powerful Super PACs that, according to the 2010 FEC ruling, can accept an unlimited number of donations from individuals and corporations.

Looking for friends in Washington

It is definitely not a coincidence that Coinbase’s public announcement came shortly after the recent Congressional hearing on crypto. The prominent San Francisco-based startup wants to gain more leverage in Washington DC while the rapidly growing industry gets threatened by politicians.

Earlier this week, a Democratic representative Brad Sherman caused uproar in the crypto community by fiercely criticizing cryptocurrencies and calling for a ban. As CrytoComes has recently reported, the Congressman is, in fact, backed by the credit card industry.

For Coinbase, forming a PAC that would launch a pro-crypto push seems like a reasonable solution in such a hostile environment.

Remarkably enough, this is not the first time when Coinbase is involved in politics. In 2018, Coinbase has already donated $81,000 to a congressional Brian Forde, a former member of Obama’s administration and a rather famous crypto enthusiast. The company also helped to raise funds for a couple of Republican candidates proving its bipartisan stance.

The gradual involvement of crypto businesses in American politics shows just how powerful the industry has become. According to the Forbes 40 Under 40 list, Coinbase’s founder and CEO Brian Armstrong is considered to be the biggest name in the crypto world (20) along with Vitalik Buterin and Vlad Tenev who also made the cut (22 and 24 respectively).