Yuri Molchan
Coinbase to list ETC later this week, preparations are on the final stage 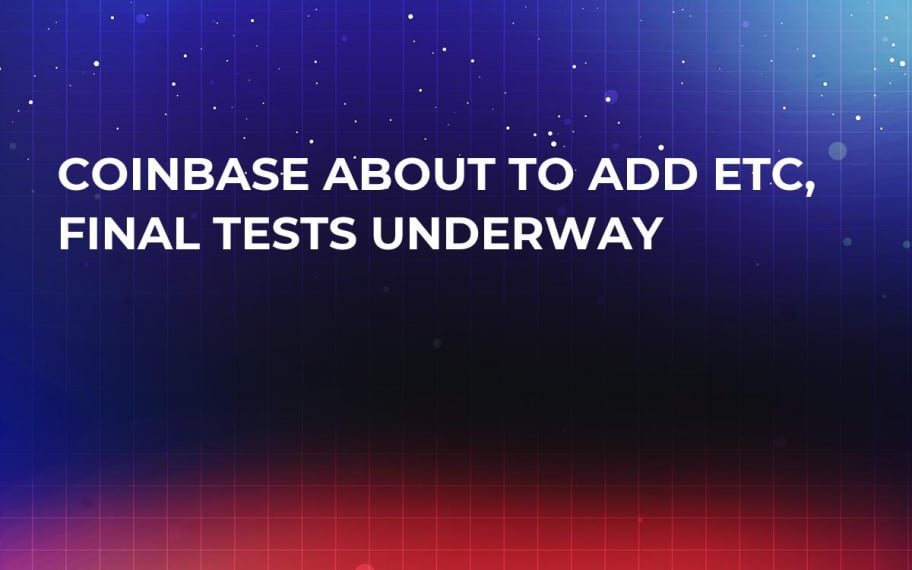 The American-based trading platform Coinbase has recently announced that everything is all but ready to launch Ethereum Classic (ETC) trading. The statement came out in the official blog of the exchange, saying that the platform is carrying out the final tests.

ETC trade is about to take off

Coinbase hopes to finish the ETC tests by Aug. 7. However, before the exchange allows trading to start, the inbound transfers will take place for a day or two to make sure that Coinbase Pro and Coinbase Prime, where ETC is going to be added, can provide enough liquidity.

Apart from those two services, the altcoin will be listed on other Coinbase services, such as Coinbase Custody, Coinbase Consumer, etc.

The authorities of the exchange have also announced that the users who did not withdraw their ETH after the Ethereum’s hard fork in 2016, will receive the corresponding number of ETC coins.

Coinbase stated their plans to add ETC in early summer 2018 and then confirmed this information recently, making the coin spike despite the overall red market.

Currently, according to Coinmarketcap.com, the asset is trading at $17.52, having sprung upon the news by over 14 percent within an hour. Later it also kept growing over the weekend.

Other altcoins joining the party

Ethereum Classic is the most recent coin to be listed on Coinbase. In July 2018, the company also stated that it is considering listing several other assets, including Cardano (ADA), Stellar (XLM) and a few others.

Moreover, as CryptoComes has reported earlier, the exchange considers the addition of 37 other altcoins in the near future.