Vladislav Sopov
Unique biannual crypto trading championship will start with the inaugural tournament in August. Its space theme reflects the stellar opportunities for all participants 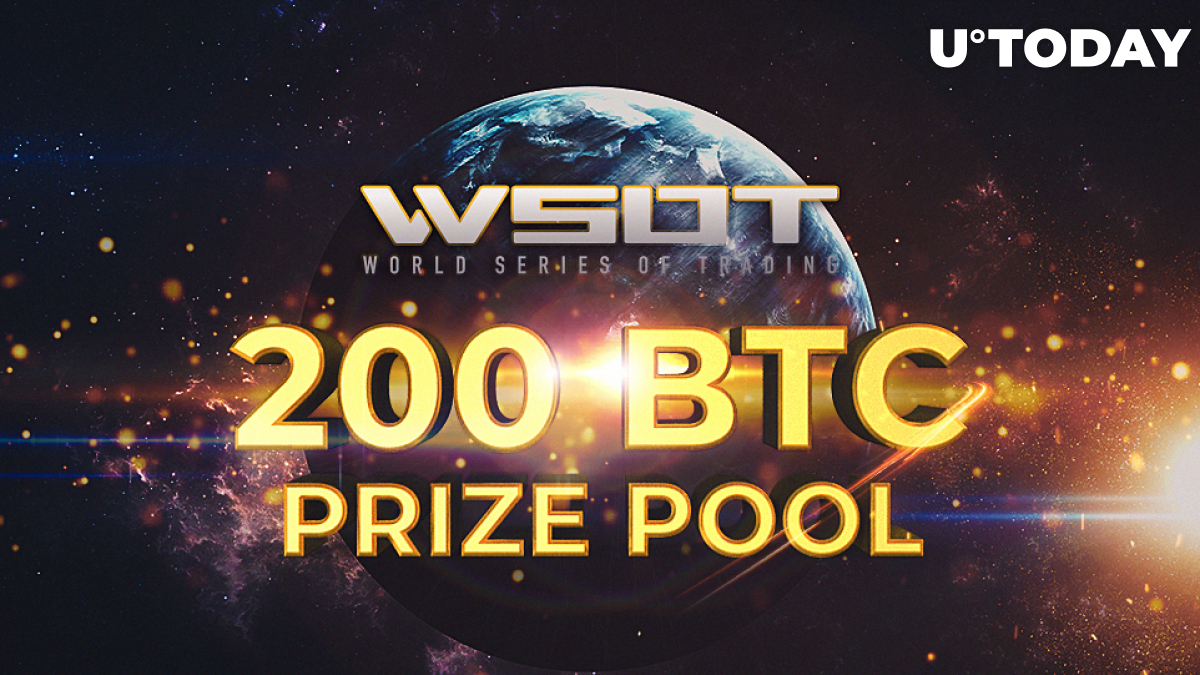 ByBit, one of the leading platforms in the cryptocurrencies derivatives trading segment, decided to continue the tradition of holding captivating global trading tournaments. After the success of ByBit BTC Brawl, which proudly onboarded more than 7,000 traders from all over the world in Q4, 2019, the platform team announces the start of the Bybit World Series of Trading (WSOT).

Every trader is on the same level with ByBit

From August 10 to August 31, traders on the ByBit platform can participate in the inaugural tournament of the biannual World Series of Trading. This tournament is one for the record books as it includes unmatched prizes. The organizers will give away a prize pool of up to 200 Bitcoins (BTC), 20% off trading fees and up to $9,400 in USDT bonuses. The final size of the pool will depend on the quantity of traders registered for the competition: the more traders onboarded, the bigger the prizes offered.

The tournament for individuals (Solo Throwdown) will have U.S. Dollar Tether (USDT) rewards, lucrative trading fee discounts and social media giveaway bonuses, while the champions of the final battle (Troop Showdown) will additionally enjoy an "early bird bonus." Only BTCUSDT and BTCUSD perpetual contracts trading statistics will be included: profits from other contracts available on the platform will not count.

It is crucially important that the ranking system of WSOT will be based solely on the profit/loss ratio, regardless of the net trading amount transacted by certain traders. Thus, both crypto whales and gifted newbies with small deposits will play in the same league.

This championship is endorsed by the world-level stars of cryptocurrencies trading and seasoned poker players. Registration opens today, so all interested parties are invited to join the tournament and compete for impressive prizes. Join WSOT here!

To emphasize the revolutionary character of the tournament, its organizers decided to choose a space theme as the leitmotif for the competition's design. Ben Zhou, co-founder and CEO of Bybit, underlined the ambitious goals set before the organizers and participants of the upcoming battle:

The World Series of Trading will be the main tournament of Bybit Games and the crypto trading world. We at Bybit believe in the importance of empowering traders who embody the prowess and passion for crypto trading. This revolutionary event aims to champion the spirit of competition and fair play, and cultivate camaraderie between crypto derivatives traders worldwide to create positive changes in the crypto space.

Also, by participating in this impressive championship, traders can help to address important real-world social challenges. According to the launch statement by the ByBit team, five percent of the net prize pool (both team and individual awards) will be donated to charity. This step is part of ByBit's multi-year policy to give back to society.

ByBit is a cryptocurrency derivatives trading ecosystem launched in March 2018 and legally incorporated in BVI. The ByBit team is headquartered in Singapore, one of the top blockchain hubs of the world.