Bitcoin Ends February on a Positive Note — Is This The Start of the Bull Run?

Darryn Pollock
⏳✅It has been a long while since the news for the cryptocurrency markets has been positive, but February was good for Bitcoin?? 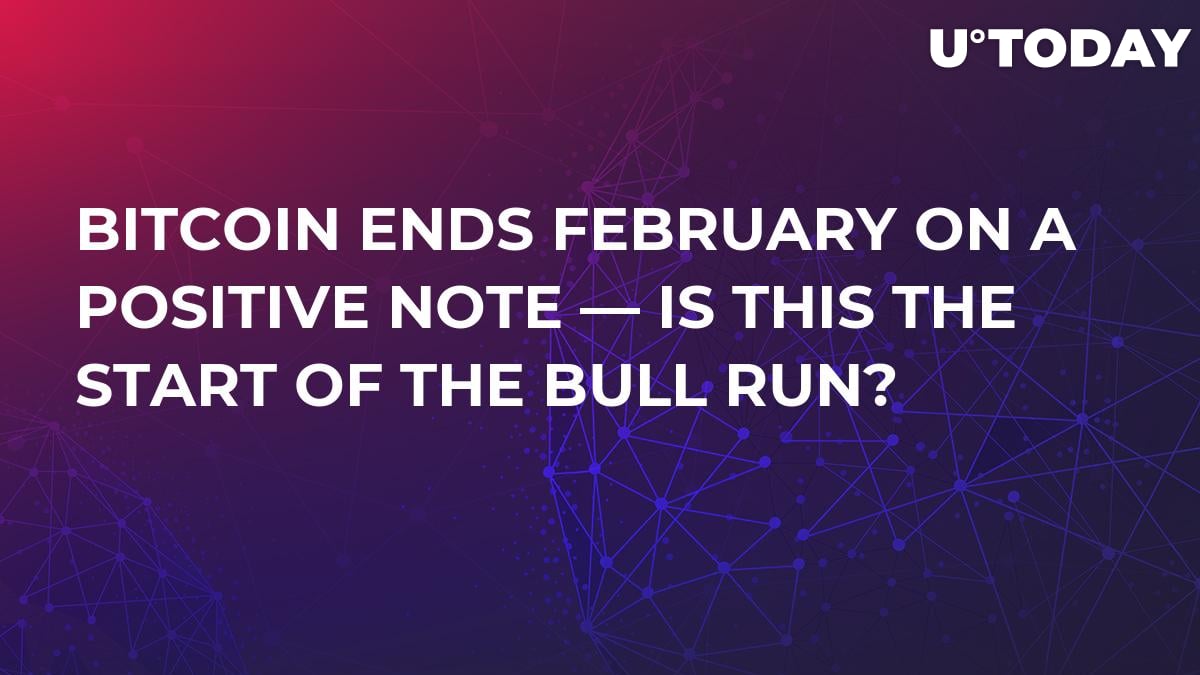 Since December 2017, it would be fair to say that the cryptocurrency market has been in freefall, entering a bearish market that has lasted over 12 months. However, there is some positivity at the end of February, with a good month finally appearing.

After losing each month for six consecutive months, Bitcoin has now had a positive month where it finished higher than where it began. While this is not enough to suggest that the bearish market is over, it is a good change of situation to see gains over a month.

The price of Bitcoin, which began February at a little over $3,400 per coin, has added some 11 percent over the month, climbing to $3,800. The price briefly even crossed the $4,000 mark a number of times during February but failed to secure a footing. This is also indicative of a change in fortunes, seeing the coin break a $1,000 marking after such a long time.

Before February, Bitcoin was losing ground every month since last September, taking a specially heavy blow in November, where the relatively steady mark of over $6,000 dropped by aver 50%.

However, during the last few weeks, some bulls have been making bold predictions and even suggesting that that the bitter winter for cryptocurrencies is finally coming to an end.

A new type of rally

There has been a much bigger focus on blockchain and what it can do within enterprises and big companies; there has also been a big boost in regulation, most of it being friendly. This has only been able to happen because of the speculative bubble that burst when Bitcoin was rallying so fast in 2017.

Now, there is a better feeling overall about the technology and its associated cryptocurrency, and companies and regulators are happy to try and build it up from the ground up to secure a stronger and more viable product.

Because of this change in mindset, and a loss of pure speculation, there is a chance for a cryptocurrency spring to blossom, but it will more than likely be a lot less aggressive than the last big rally for the cryptocurrency market.

It is still to be confirmed, but in terms of a good starting point, a positive 28 days through February shows a lot of promise.