Alex Dovbnya
Libra Credits, along with other contenders, are accused of skewing the voting system 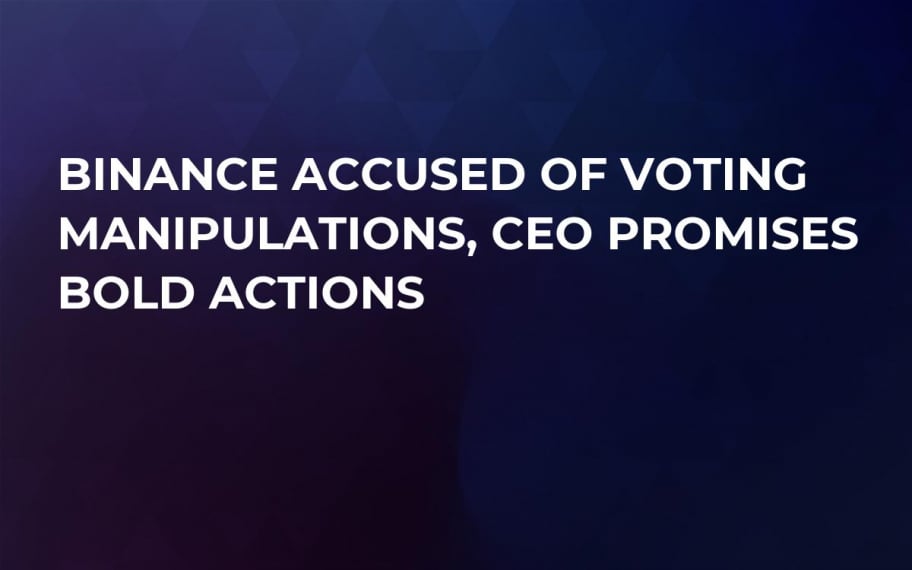 It seems like not everyone has an equal say when it comes to a public voting system on Binance. More than half of the votes for the “Community coin of the month” are credited just to a dozen accounts.

On July 24, Binance, a major Chinese cryptocurrency exchange, which is currently based in Europe, unveiled five contenders for the “Community Coin of the Month” title. The total number of votes and the amount of BNB (Binance’s native token) are the relevant factors that will determine the Round eight winner.

It seems like some contenders will fight tooth and nail to be on the top (even if it takes engaging in illegal manipulations). The voting won’t be finished until July 30, but it is already raising some serious concerns in the crypto industry over alleged fraudulent activities. Some users are worried that Libra Credits (LBA), Mithril (MITH) are heavily skewing the voting process in their favor. To no one’s surprise, these tokens are among Round eight nominees. Just a single account sent more than 65,000 BNB to nearly 400 users.

Libra and Mithril are not the only tokens that were allegedly involved in Binance voter fraud. NKN, which is also listed among the aforementioned eight participants, illegally rigs Binance voting system by announcing a massive airdrop of 100,000 NKN just a day before the competition starts. However, some Redditors are certain that these accusations are just smoke and mirror compared to heinous manipulations associated with the aforementioned companies.

Binance’s reaction came shortly after the rumors about an apparent voter fraud started circulating in different crypto communities. Changpeng Zhao, founder and CEO of Binance, stated that vote manipulation will be strictly dealt with on his Twitter page.

Vote manipulation will be dealt with, strictly.

Although, it is unclear whether it will result in the disqualification of all the offenders.