Tzao Se
This ICO is a good tech, but are perverts the only ones who are really willing to pay for the freedom of the Internet? 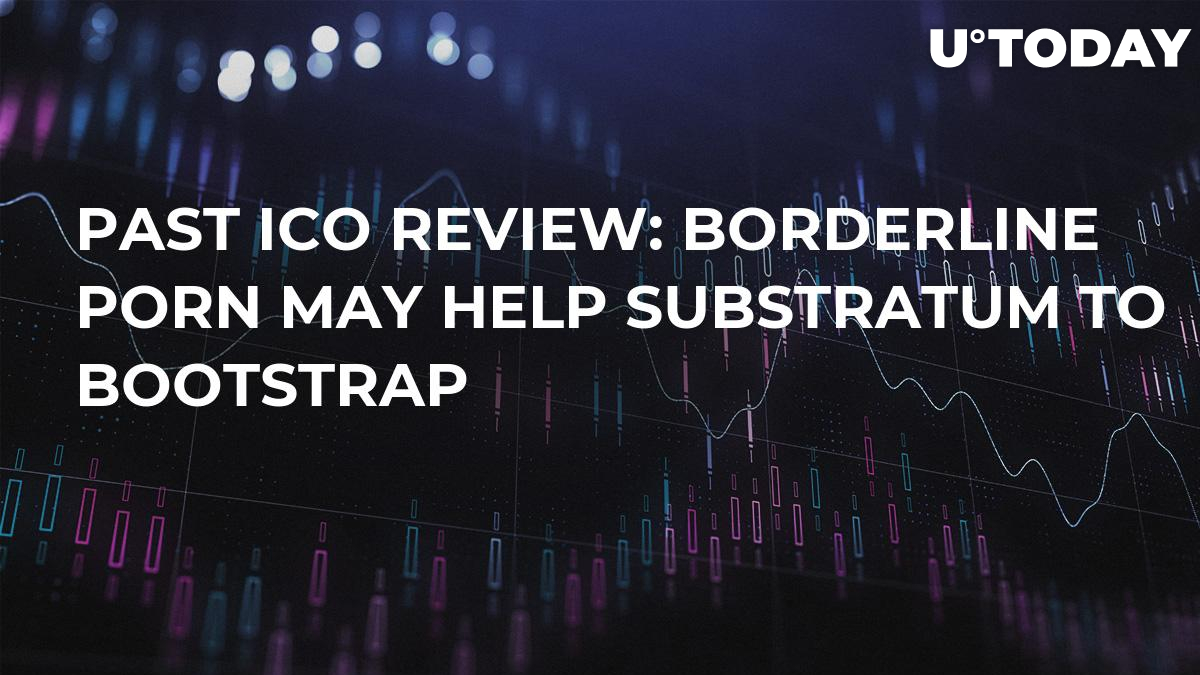 If Silicon Valley’s scriptwriters aren’t secretly paid by the Blockchain community, they should be. Look how many successful ICOs more or less replicate Pied Piper’s idea from the series- you remember that, hosting insurance company’s critical data on fridges worldwide, decentralized Internet and so on?

Filecoin. Storj.  And Substratum. The last one, a relatively modest player in terms of amount raised (about $13 mln), offers not a decentralized file storage, but rather decentralized hosting and content delivery network, with integrated cryptocurrency payment platform for the hosted services. This means one can host their content and receive payments for it in a decentralized manner.

Their concept seems to be well-thought, and the white paper foresees the most obvious questions.

Sort of Tor-meets-AWS thing, where anyone can host a portion of someone else’s content on a node run even on their PC, and earn money every time this content is served to someone. Accessible, unlike Tor, for non-initiated, from a normal browser, with no plugins or extensions. $SUB token is used to pay off people who provide CPU time and disk space for the decentralized network.

Yeah, right. Well, now shake your head and try to breathe out the hypnotic atmosphere of official telegram groups; these mostly look like a boys’ band fan club chat.

Make no mistake, Substratum is a good performer, and seemingly a good tech. It has more than decent team. They keep their roadmap ($SUB people expect the public beta this April). They maintain communication. They didn’t erase their whitepaper after the token sale ended. They don’t change the idea.

There are even rumors that the team intends to run ads on CNN, CNBC and Fox Business News soon (which may, in theory, attract users to the network and/or $SUB buyers). That’s all good, or as good as one can get in a market as immature and untamed as ours.

But how big is the market for the problem they offer to solve? Do they have a chance to become a global operator? Or will Substratum be confined to a niche, as a solution for the gray zone of the Internet? How many paying people are actually willing to pay for the Internet “to be a free and fair place for the entire world?’

“Your margin is my opportunity”

I’d respectfully disagree with Substratum’s white paper’s authors though when they say that “The primary issue with web hosting in its current form is that is incredibly expensive! It can cost upwards thousands of dollars per month solely to host the site files—this doesn’t include any maintenance costs or additional security. This makes it incredibly difficult for small or medium-sized businesses to have a strong web presence without incurring significant costs.”

Well, a small or medium-sized business normally doesn’t need “a strong web presence” that incurs that kind of costs. If that’s the market they aim for, well…

Substratum white paper claims that, since they will only charge for click, not uptime as AWS, they’ll be able to reach a level of prices “less expensive than current industry standard hosting.” Larger hosting companies margins are pretty high (Rackspace’s EBITDA margin was above 35% before it became private in 2016, and stopped publishing quarter results - the NOPAT margins were much lower, about 7.8% though), so, as Jeff Bezos said, “your margin is my opportunity.”

Individual nodes won’t have the kind of overheads, taxes,  infrastructure or costs of a hosting company, so the assumption of much lower price is feasible.

Another question is whether node owners would settle for that technically feasible lower price. They don’t have the scale of the large company, so they must be kept motivated.

Notwithstanding that, some users will install a node without commercial interest, to browse Substratum network (like they do in Tor) in a decentralized mode, especially in countries with a high level of Internet censorship and state control. It is unclear whether these non-professional participants will be enough to keep Substratum running. Substratum will install and run several supernodes to maintain the network to address this issue in early stages of network growth, though.

Neither it is clear how much resources one should commit to earning a meaningful income. It will be a function of the number of sites in the network and the traffic to them from the region which is close to the node. The latter is important because Substratum protocol attempts to provide data from the geographically-closest nodes.

Another possible problem that remains would be the volatility of the token, i.e., susceptibility to price manipulation, so that either hoster’s expenses may increase in an unforeseen manner, or, vice versa, nodes income may fall. Prolonged periods of token price instability may disrupt the network and make it unreliable. This is true for many projects, of course.

Also, the network architecture may be susceptible to fraud to a certain degree. If the node owner determines what content it stores (nodes aren’t supposed to know that, in Substratum architecture), a fraudulent scheme is imaginable: false bit traffic is generated, which is then “served” by the node, who then claims rewards.

If the node or group of nodes is big enough, it may theoretically accumulate enough content to be selected by Substratum DNS with a high probability, so this kind of spoofing operation is possible.

All good inventions of the human race are first used either for killing fellow humans, or to distribute pornography or prohibited substances. There’s almost no exceptions from this rule, and Substratum certainly isn’t one of them.

I am not a moralist, so I see these businesses as acceptable as any other unless someone gets hurt against their will.

Substratum’s team claim that there’d be an internal governance procedure of the network allowing to take down obviously malicious players (like child pornography) from the network. If that doesn’t happen, the network may attract the unnecessary attention of the state or states.

The state and the states will be watching Substratum unless it is well-governed from within, or even if it is. But CryptoComes started watching it first. Stay tuned.