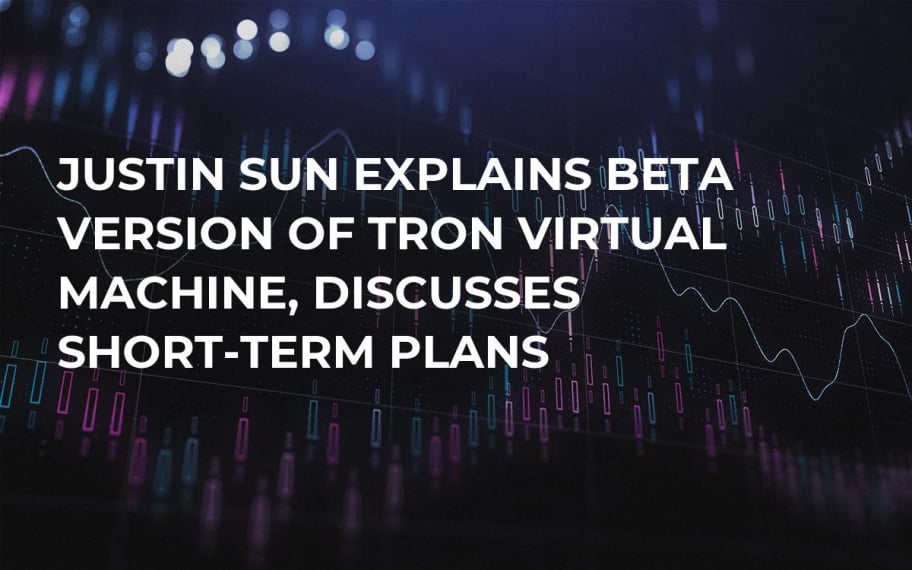 On July 30, Justin Sun took advantage of the ‘Blockchain the Global Ecosystem’ Livestream to talk to the crypto community and tell them about the nearest plans for the network development.

TVM has taken off

The Tron Virtual Machine (TVM) beta-version is already launched. The plan is that within the coming few months the Tron community will be testing it. At the end of August, the official version of TVM and finish upgrading the mainnet.

The Tron Virtual Machine can be 100 percent synchronized with Ethereum, however, the former works quicker and it is cheaper to use. The beta version will work in a more stable way, it will be safer and have an optimized compile and instruction set.

The development team will eventually make the machine more user-friendly with a better performance thanks to the ecosystem, which will include the tools for development.

The TRX community will have a good chance to trial the virtual machine and spot any vulnerabilities. Then TRON will initiate voting among the validators and adjust the beta version at the same time. When this is done, the Super Representatives plan to upgrade the software of the TVM.

So far, while the Tron mainnet has been running well, the block size has reached 1,005,756 operations involving over 74,000 addresses. The highest number of transactions per day exceeds 49,000. The current number of nodes located globally is 362.

Over 40 crypto exchanges have taken part in the TRX token swap, among them are Binance, Bitfinex, Upbit, etc.

Besides, the Tron Foundation burned over 92 bln ERC20 tokens before the migration was finished. The leftover coins will still be valid on platforms, like Binance.