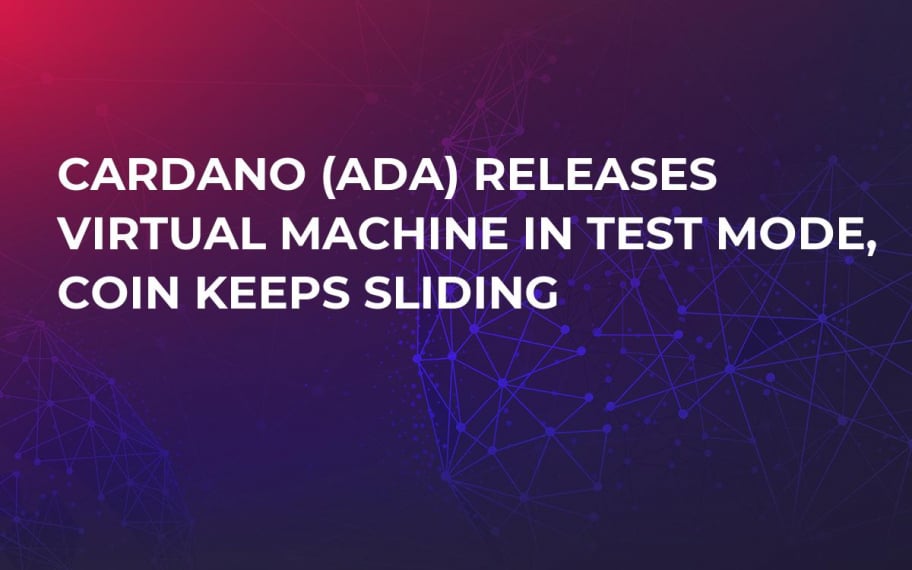 Similarly to TRON, Cardano (ADA) project has made another achievement on its way of development and launched the testing version of its own virtual machine IELE. It allows trials of its smart contracts prior to sending them to the mainnet.

Until now the Cardano platform has been operating as an ordinary Blockchain project and was far off from its plans to provide a venue for launching distributed apps (dApps).

Cardano was one of the numerous protocols considered by many as a rival to Ethereum, still Vitalik’s network remains the most popular and is perceived as the top-notch basis for smart contracts. The majority of dApps working on the market is Ethereum-based.

Cardano’s IELE virtual machine (VM) works on its own programming language, which was specially created for creating secure digital contracts on the Cardano protocol.

During the last several weeks, the ADA coin has been dropping in price, even though the crypto market has been recovering optimism. The asset trades mostly on the Binance exchange against Tether, however, it does not help much.

Recently, ADA has been trading around the point of $0.14 but has been sliding and on July 30 began to slowly go down again around midday UTC.