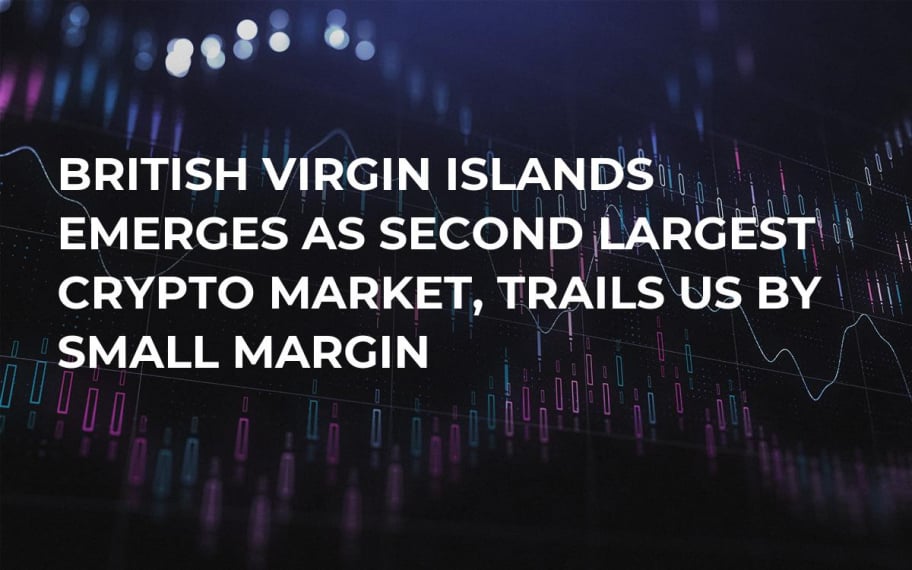 The British Virgin Islands (BVI), while comprising of 50 tiny islands with the total population that barely exceeds 30,000 people, turns out to be the second largest cryptocurrency market in the world. The statistical data provided by a Kraken-owned Cryptowatch shows the BVI’s crypto trading volume currently sitting at $78.5 bln.

The dark horse of crypto

The aforementioned Cryptowatch Q1 and Q2 reports prove that the British Virgin Islands are the true crypto powerhouse. With a staggering trading volume of $78.5 bln, it trails the US, the incumbent industry leader, merely by $5 bln. At the same time, there is a mammoth-size gap between the runner-up and Japan, which secures the third place with $27.9 bln. While being sandwiched between the world’s two biggest economies, the BVI seems to be the ultimate dark horse of the crypto industry.

Luxemburg, another major crypto hub, also appeared on the list of top crypto markets with a $27.9 bln trading volume. Russia comes the fifth on the list, generating a total of $18.5 bln cryptocurrency transactions.

The British Virgin Islands is a British overseas territory, but the US dollar is their official currency. Such symbiosis may be a bit confusing for foreign investors who are new to this market. However, their taxes do not breed any confusion– commonly described as a ‘tax haven, ’ the BVI attracts plenty of businesses around the globe because of its very simple and beneficial taxation system that completely excludes corporate tax, profit tax and capital gain tax.

Bitfinex, the fourth biggest exchange in the world with an average trading volume of $463.4 mln, is currently officially incorporated in the British Virgin Islands along with many other crypto-oriented companies Back in May, the exchange came under fire after the BVI government had requested its user data for tax purposes.