Darryn Pollock
Bitcoin has dropped below $6,000 again amid a market-wide cryptocurrency sell off that sees every coin in the red, and some losing as much as 30 percent 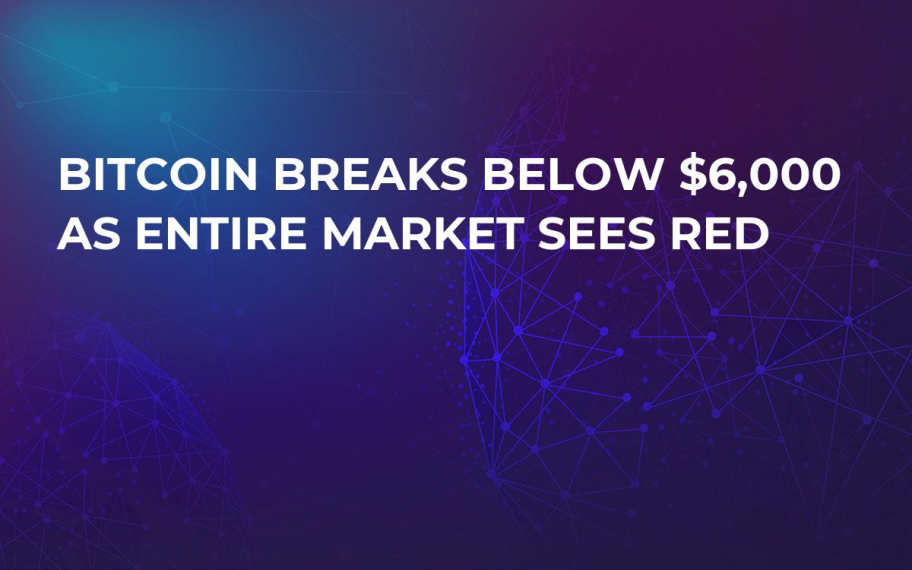 Bitcoin’s price, after falling from a high of $8,500 last month, has dipped below $6,000 for the first time since June as the entire cryptocurrency market sees a rather large sell off. The latest low, which got the major cryptocurrency down to $5,900, almost matched its all-time low for 2018 of $5,785.

The fall in Bitcoin’s price has pushed the rest of the market into the red with all the coins in the top 100 by market cap showing loses. There have been loses as big as 30 percent for some of the smaller altcoins, while those in the top five have lost in the region of 10 and 15 percent.

A lot of people feel that this downtrend from Bitcoin, after rolling on the back of positive institutionalized acceptance, has to do with the SEC's decision to delay its decision on a potential Bitcoin ETF.

While the delay was expected, the timing was all important as Bitcoin was slowly building momentum with positive news surrounding it, but the delay, while not catastrophic, brought an end to the positive sentiment and allowed the bears to take over again.

Charles Hayter, chief executive of digital comparison site CryptoCompare described the sell-off as "momentum-based selling following the ETF kickback," and "the usual gyrations of a market in a depressed mode."

Big loses across the board

Bitcoin’s drop under the $6,000 mark has come only at a loss of just under six percent, however, there are much bigger loses for some of the top altcoins, as well as the lesser known ones.

However, the biggest losers are further down the market cap pecking order, such as 90th ranked ARK falling 30 percent while Augur and Ziliqa have dropped around a quarter of their value over 24 hours.