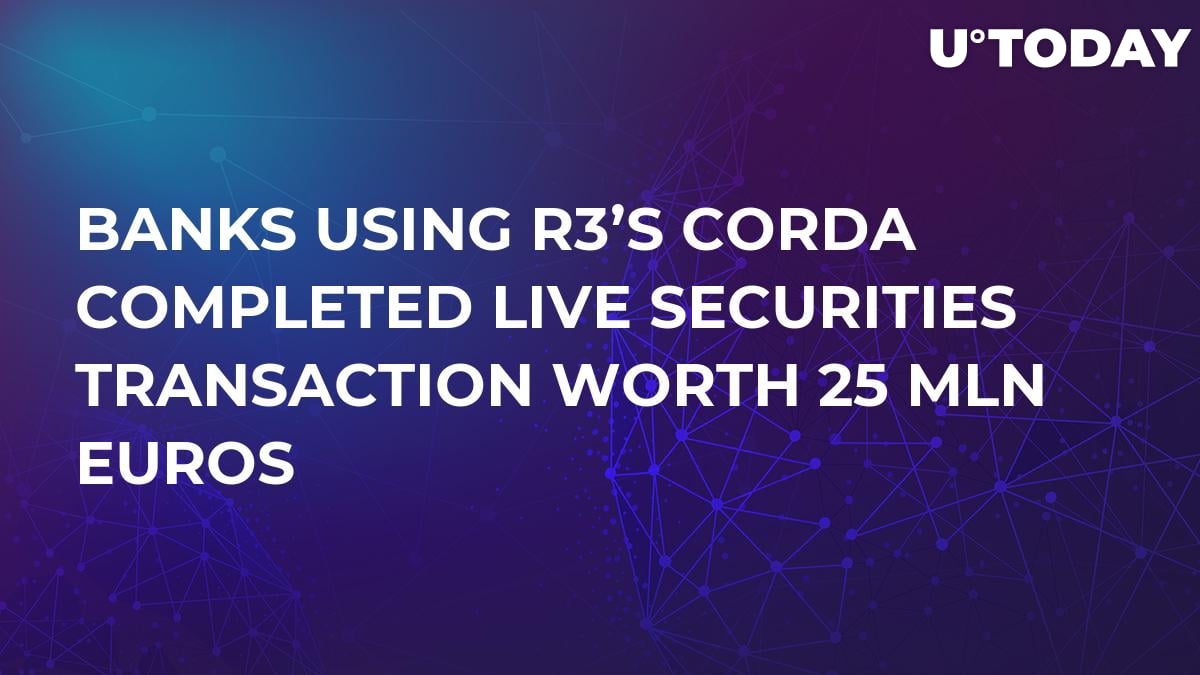 The transaction, powered by an application developed by London-based liquidity solutions company HQLAX, transferred the legal ownership of Dutch and German government securities while the underlying assets remained in the bank’s custody accounts. This departs from the traditional model, in which the actual securities change hands.

The new model allows banks to meet the stricter liquidity requirements of international banking regulations called Basel III, while not holding too much of the securities, which lowers returns, said ING in their press release.

“Such a system would also allow for greater transparency since regulators can see the entire history of a transaction on the ledger,” says ING’s Ivar Wiersma, head of Wholesale Banking Innovation.

The transfer is supported by a legal structure developed with the help of Clifford Chance, a law firm headquartered in London.

R3 announced the pilot launch of a trade financing platform with banks including BNP, Commerzbank and ING Feb. 21