Even with XRP staying in the lows, this coin's community remains one of the most loyal in the crypto industry. Retail investors seem to be particularly bullish this year, expecting the XRP price to achieve some significant results.

The closest target for the price of the thirds largest coin is the psychologically important $0.30 spot. Several traders are currently predicting that XRP is heading in just that direction.

The crypto trader who goes by the name ‘JOKER’ on Twitter believes that things are looking good for the XRP price from the point of view of both the Elliot Wave theory and the Rounding Bottom pattern. The latter appears when long-term descending trends are coming to an end. 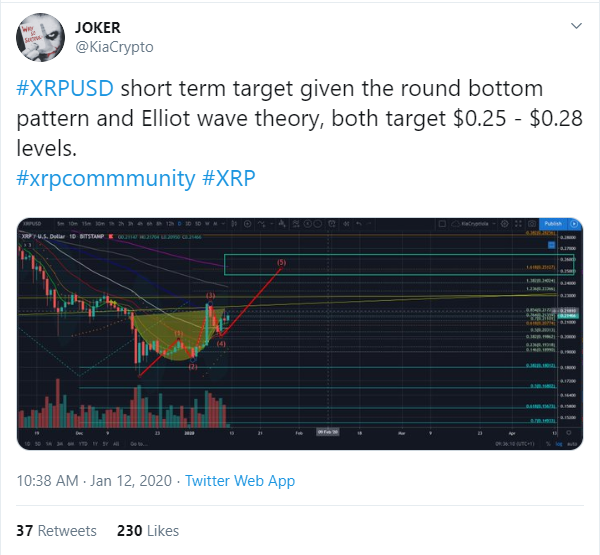 At press time, XRP is trading at $0.21, according to CoinMarketCap.

The trader ‘LUD XRP’ has been watching the XRP/USD chart to suggest that the coin is following the 4-hour time-frame fractal that allowed it to surge over the $1 mark back in 2017. According to the chart, the trader shows the target of XRP at the moment is $0.26.

#update #xrpusd still on track at the 4hour timeframe pic.twitter.com/faIWKzMMiS 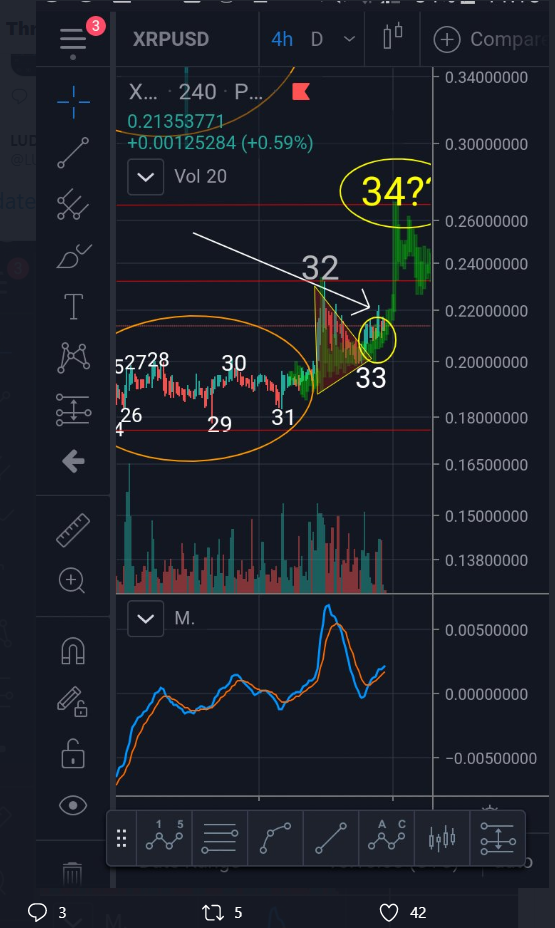 On January 15, a court hearing, crucial for further XRP fate, is to take place. The lawsuit at this hearing will be the continuation of a previous legal action taken against Ripple.

The latter demands that XRP is to be officially acknowledged security. However, in the upcoming hearing, the judge will decide whether the claims about the true nature of XRR from a group of its early investors will be dismissed or not.

In 2019, Ripple unlocked 1 billion XRP on the first day of each month from its escrow wallet. The majority of these coins often was sent back later. However, a large part of this billion was still dropped on the market.

Many believe that it has been preventing the XRP price from rising – the coin has been unable to recover the $0.30 and $0.50 levels for a long while. The CEO Brad Garlinghouse earlier tackled these accusations about XRP dumping and said that those are necessary for increasing XRP’s liquidity.