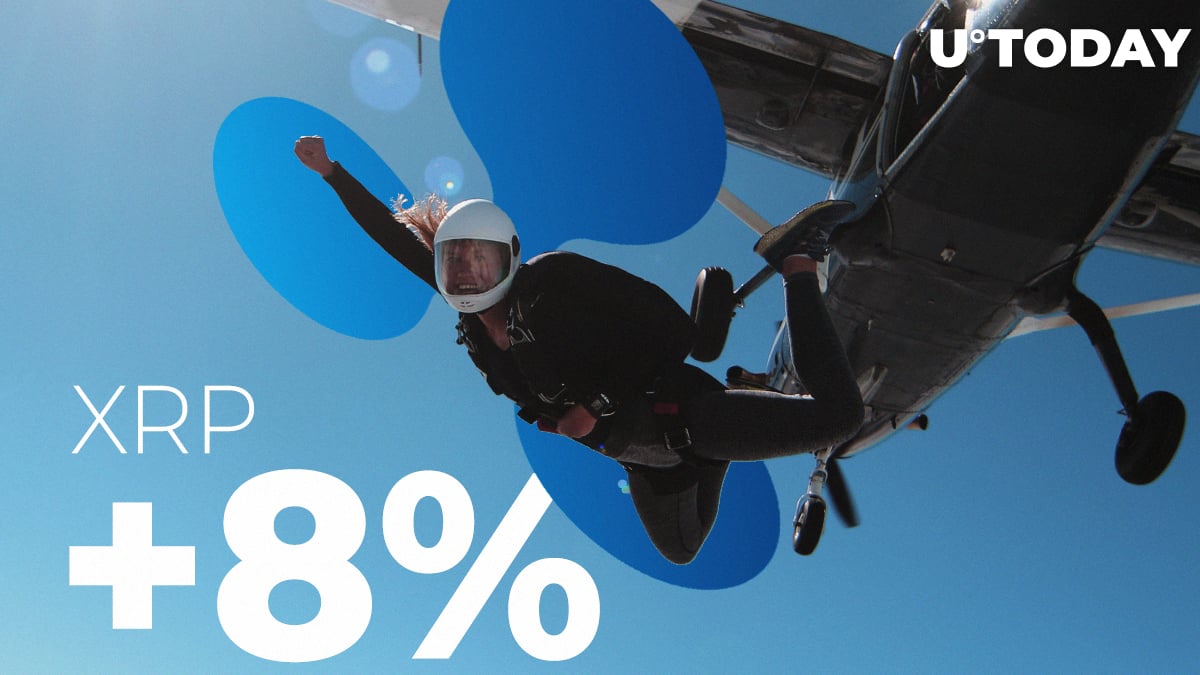 The third-largest currency, XRP, has suddenly grown by over 8 percent and regained the psychologically important level of $0.21. The crypto community rejoices, believing that is just a start of the XRP price surge.

XRP is the top performer

At press time, XRP is the best-performing digital coin in the top-10 list with BSV and Monero following closely: - +6.40  and +6.81 percent, respectively.

The crypto community is spreading the news on Twitter, and some people are offering an explanation of the coin’s sudden growth.

Crypto trader ‘Xago’ says that XRP is forming another 9 candles after 2 consecutive weekly reversal candles. He stated that the same happened with XRP, within 3 weeks he recorded a 23 percent price increase.

As U.Today reported earlier, the Ripple CTO, David Schwartz, recently on Twitter compared XRP with an iPhone, saying that XRP investors are not buying the coin only for speculative purposes.

Prior to that, the Ripple CEO Brad Garlinghouse publicly stated that 99 percent of all crypto would go the way of the dodo in the future for lack of utility.

Earlier on Monday, U.Today reported that some traders believe that neither Bitcoin nor XRP will ever reach such a high price mark which would easily allow people to retire with just 1 BTC or 1 XRP.

Must Read
One Bitcoin Will Not Let You Retire, Not Even in 20 Years: Crypto Experts - READ MORE

Is Monero McAfee's next bet?

On Sunday, January 5, the former antivirus mogul John McAfee went back on the promise to eat his privates publicly should Bitcoin fail to hit $1 mln by December 31, 2020. McAfee stated that Bitcoin is an 'ancient technology'. He typed 'Monero' in one of the comments under his post, which could mean that this is going to be his next bet after Bitcoin.

A possible reason behind the sudden XRP price spike is the fact that just recently Binance announced that it had added an XRP/USDT perpetual contract for margin trading with up to 75-percent leverage. Although, the price started gaining before the news was announced.