XRP Price Should Be 30% Higher as Major Altcoins Are Breaking Out: Analyst Luke Martin 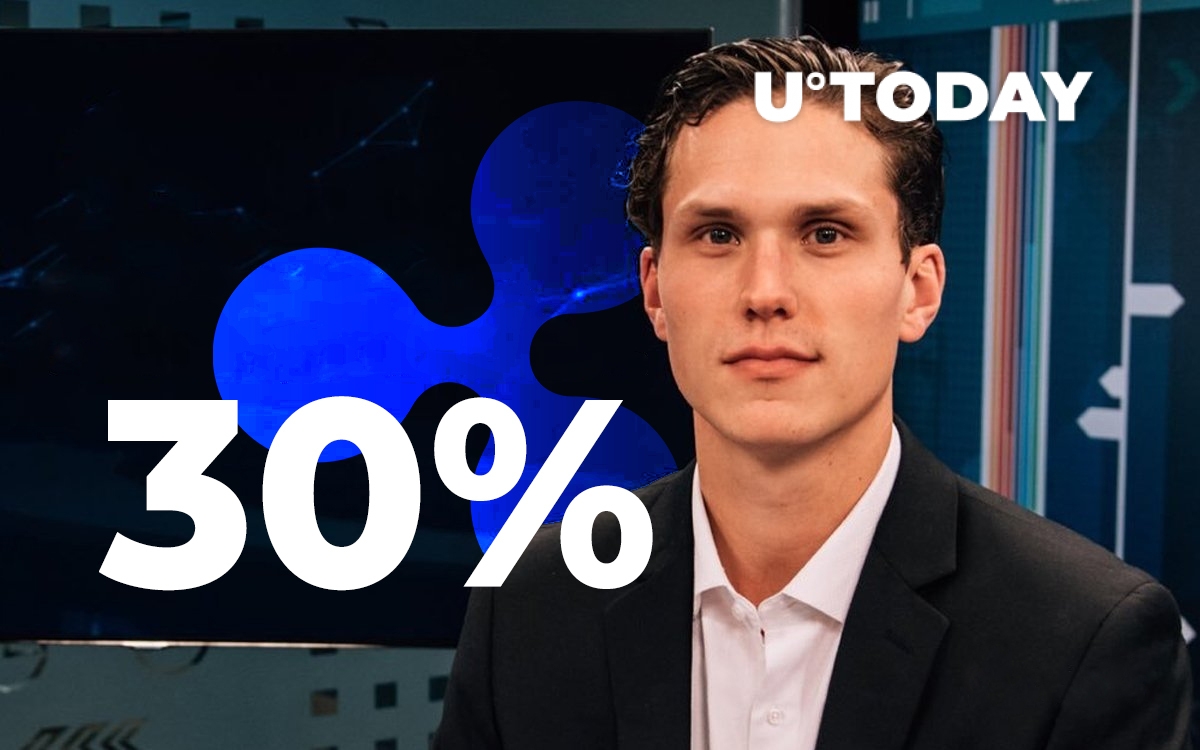 The third-largest coin, XRP, is about to recapture the key $0.30 level and is trading at $0.2944 at the moment (8.13 percent up). A prominent crypto trader and analyst is saying, though, that the XRP price should be higher than it is now.

On his Twitter page, Luke Martin states that the XRP price should be around 30 percent higher at the moment. He has been comparing other major altcoins and the gains they have added most recently.

Most of them, he says, have already made a breakout and are rising – he also mentions ETH, ADA and EOS.

“$XRP should be around 30% higher. Every other major altcoin has reached the neckline. Most already had their breakout.” 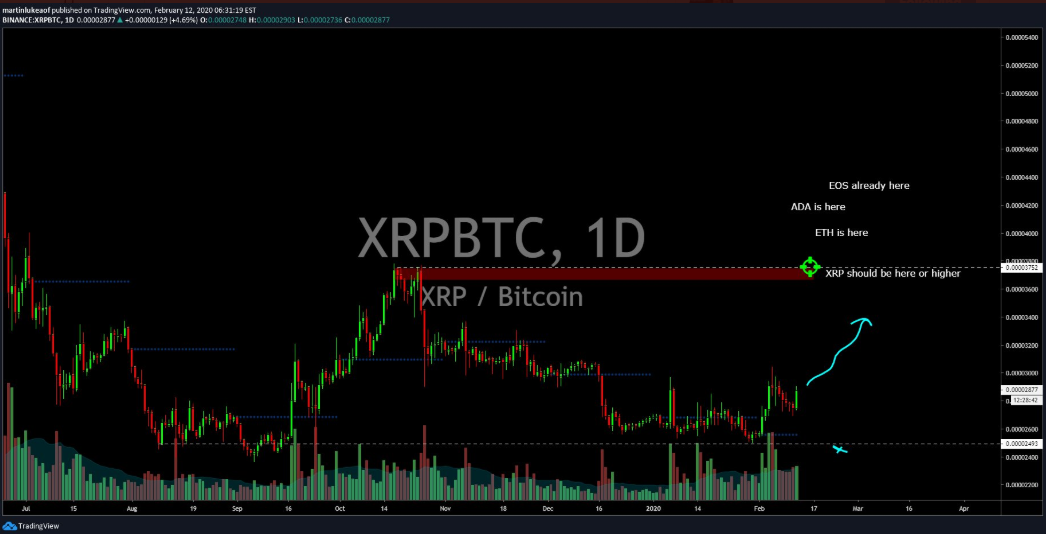 Earlier today, Ethereum put up a nearly 15-percent rise with analysts being bullish on it and expecting a further rise, as reported by U.Today.

Later, in the comment thread, Luke Martin shared the view that chances are high that in the future the majority of altcoins will lose value. However, in the meantime, there is momentum and they have a certain worth, he says. It is not clear, whether Martin also applies that to XRP or not.

odds are most alts will be near worthless in the longrun.

but momentum & value still exist in the meantime

XRP starting to push up

Crypto trader TraderXO has also commented on XRP, saying that the coin is rising the way he had expected – in a bullish way. XRP, he writes, has tagged the yearly open and is now beginning to push up. 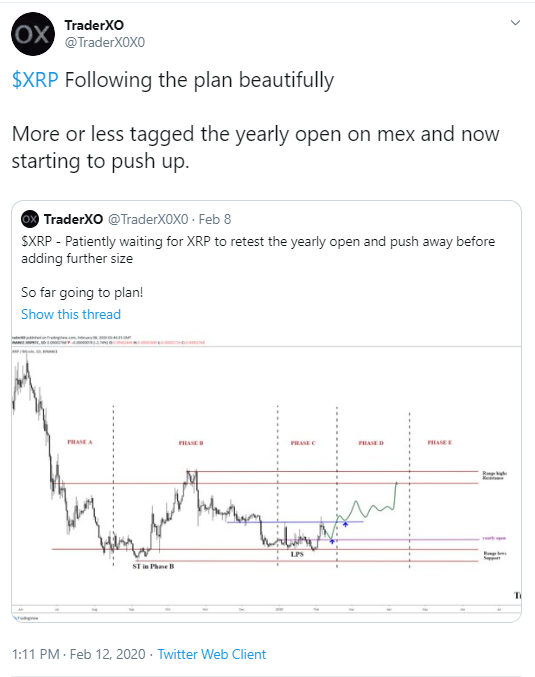