XRP Price Prediction – What Technical Factors Can Push XRP/USD to $0.25 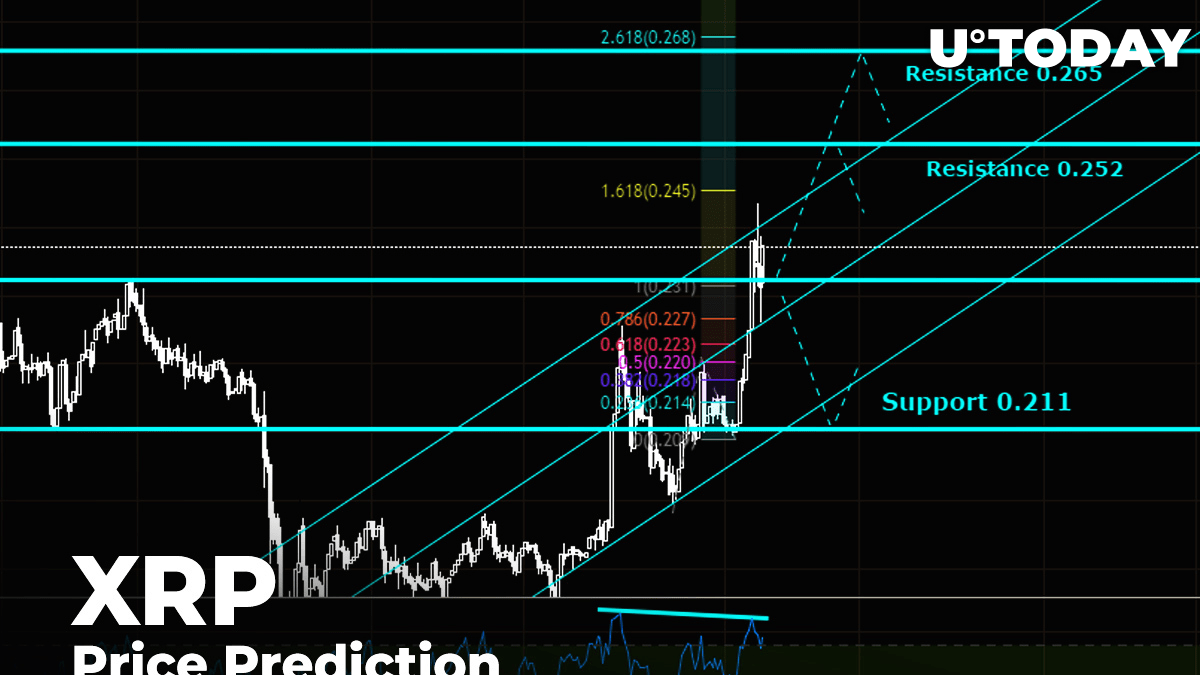 Cryptocurrencies did not create a festive mood for investors at the end of the year, but with the beginning of the new year, some of them had the opportunity to sell XRP/USD high.

Geopolitics and false signals regarding a sharp increase in USDT emissions by $500 million have created a strong basis for the gdp of the currency to grow.

The sharp increase in the issue of USDT stablecoin is now perceived as a sure signal for growth, so trading robots have begun buying in the wake of such news. What happened again points to the growing share of algotrading in cryptocurrencies. As a result, XRP/USD was able to jump to $0.232, where it faced serious resistance.

In addition to the fact that it became known that the USDT emission report was a mistake, geopolitical tensions around Iran and the United States began to subside. It became clear that both sides were not interested in further escalation and markets began to return to normal operation on the basis of data. In speculative trading for the cryptocurrency market, this means a decline.

In addition, when the crypto market began to grow, the technical picture indicated a significant overbought XRP/USD. The Relative Power Index (RSI) became overbought after Chinese President Xi Jinping made his famous statement about China's course on the blockchain.

Unsurprisingly, we are now seeing a pullback in quotations. However, the cautious nature of the pullback suggests that the level of optimism is still quite high.

Hourly support at 0.232. It is also worth noting that XRP/USD is in an uptrend. This can push traders to keep buying.

Many well-known traders, including Peter Brandt, still hold bullish views on Bitcoin. One of the leaders of the analysis of this cryptocurrency published several bullish scenarios for bitcoin in 2020 on Twitter.

In the first scenario, we will face the pressure of bears, which will significantly lower the cryptocurrency market, and then we will see a rebound. In the second scenario, we have already left the downstream channel, which had lasted since the summer, and the long accumulation of the asset will be the main driver of its growth.

In addition, optimists are waiting for the collaboration of Starbucks and Bakkt, as well as the growth of the use of bitcoin in the real world.

Bogdan Zarutsky is a stock market specialist. The first steps in the world of finance he made back in 2006. Bogdan's professional interests include technical analysis, in particular Elliott wave analysis, fundamental analysis, intraday trading, risk management.

In addition, Bogdan is the author of analytical articles on fundamental analysis for stock and currency markets.